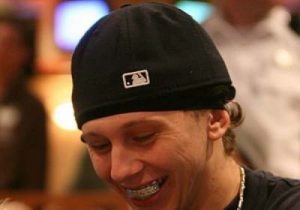 Chad Batista, once a force in the online poker world, passes away aged 35. (Image: pokerfraudalert.com)

The online poker industry received a sad piece of news this week after it emerged that Chad Batista, known online as ‘lilholdem954’, had passed away at just 35.

Back in the golden era for online poker, Batista was one of the players who would entertain the rail with his aggressive brand of poker.

Not afraid to make moves with three-high, Batista quickly became a fan favorite.

A Pioneer in the Online Poker World

Not only that, but for a two year period between 2007 and 2008, he was considered one of the best tournament players in the world.

Frequently running deep in the Sunday majors, the US pro would often leave a trail of broken pros in his wake as he stormed up the leaderboards.

In fact, it was the famous $109 rebuy on PokerStars that really earned Batista his reputation.

Willing to make moves and spend whatever it took to get ahead, the young player took down the tournament (which was considered one of the toughest in the world at the time) on multiple occasions.

Unfortunately, however, the impact of the Unlawful Internet Gaming Enforcement Act forced Batista (and many of his peers) offline and he subsequently fell out of the spotlight.

Despite banking a handful of six-figure scores in the live arena, the confident pro wasn’t able to match the highs he experienced online.

This inability to continue riding the rush caused Batista to drift away from the game and what happened to him after that isn’t clear.

However, he reentered the community’s gaze this week after it was reported he’d been taken to hospital.

Early speculation suggested the incident was alcohol related (although that hasn’t been confirmed), but early on Friday it was confirmed by his family that he’d passed away.

In a brief statement to the community, his family expressed their sadness and asked for privacy.

“It is with the deepest sadness that we announce the sudden passing of our beloved son, nephew, cousin, brother and friend, Chad ‘lilholdem954’ Batista. Chad died suddenly this beautiful Thursday afternoon with his family surrounding him. We ask that our privacy be respected at this difficult time and we thank you for your prayers.”

Given the level of respect many of the game’s established players had for Batista, it wasn’t a surprise that a chorus of condolences rang out across Twitter after the news went public.

From former friends to those who modeled their game on his aggressive style, the community offered a heartfelt tribute to a player who passed away before his years.

JC Alvarado: “Just saw the news about lilholdem. Man… He’s one of the most fun characters to ever play the game. Always put a smile on my face. RIP.”

Jon Turner: “RIP lilholdem, only great memories from the first time we met! A character at the tables, and so genuine irl. Gone way too soon.”

Phil Collins:”I remember railing Chad when he won the Full Tilt 500k and 1k Monday back-to-back for around $250k. Incredible.”

Christian Harder: “RIP Chad Batista. An online tournament legend. Came from nothing to become one of the best of his time.”

wow. may this person rest in peace ! its inspiring to know someone who in their own home proved something, that i can also

I remember him playing back in the day…one great player