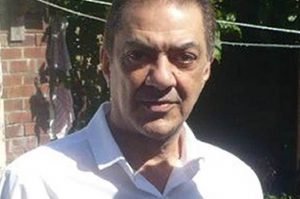 The murderers of Mehmet Hassan, the UK-based poker player killed in 2014, have received hefty sentences from a British court.

Two men involved in the killing, 29-year-old Nicholas Chandler and 28-year-old Kyrron Jackson, were handed life sentences by the judge, with a minimum term of 36 years behind bars recommended for each man.

Meanwhile, Jackson’s girlfriend, 25-year-old Leonie-Marie Granger, was handed a 16-year term at the Old Bailey in London for manslaughter.

All three defendants were also convicted of false imprisonment and robbery.

A regular cash game player at London’s Palm Beach Casino, 56-year-old Mehmet Hassan was targeted by Ms. Granger in a ‘honey trap’ in 2014 after introducing herself to the professional gambler.

The divorced father-of-three wined and dined Granger, who was posing under the name Rachel, but wasn’t aware that she was planning to rob the player. The court heard during the case that Hassan believed he was in a genuine relationship.

After a meal at the exclusive Nobu restaurant in London in March 2014, Granger lured Hassan back to his London apartment.

It was during the cab ride home that Granger called her co-conspirators to meet her at the apartment. It was there that the men bound Hassan and kicked him to death.

Incredibly, the trio then recorded themselves on mobile phones tossing £50 notes around the apartment while Hassan’s body lay bloodied on the floor.

They then ransacked the player’s home to look for more money. They left with a TV, phone and around £3,000 in cash.

In the prosecution case, it emerged that the cab driver had overheard Granger telling one of her co-conspirators on the phone during the ride back to Hassan’s apartment:

“Swear down. I don’t believe it. Don’t tell me the money’s not there. I saw it. Look in the drawer. Look under the cabinet.”

“It was quite simply an act of brutality which defies reason and compassion.”

“The eloquence with which it speaks about you is deafening,” he added, commenting on the mobile phone footage the trip had made.

Defending Ms. Granger, Orlando Pownall said that she “deeply regretted” her part in the crime and was only involved out of love for her boyfriend, Jackson.

“Her head was turned by Jackson, who she loved, and to some extent by Chandler who was persuasive and superficially charming,” added Mr. Pownall.

Granger was “deceitful from the outset”, the judge argued, and she had “lost her sense and compassion” by becoming embroiled in the plan.

Although the jury cleared Granger of murder, the manslaughter conviction should see her behind bars for a number of years.

Some sick individuals in the world, *sigh*

yep 4 sure,hope they get all they desreve for thier awful crimes