This past weekend, Maurice Hawkins topped a field of 167 entrants to win the last event of the World Series of Poker Circuit Palm Beach Kennel Club (PBKC) stop. In addition to winning $13,527 in the $365 buy-in no-limit hold’em event, Hawkins won his ninth gold circuit ring.

Only one other player, Alex Masek, has won that many rings in the tour’s 13-year history. However, Hawkins stands apart in that he has $1,042,917 in WSOP Circuit winnings and three Main Event titles. Masek has yet to win a Main Event and has “only” $640,349 in circuit earnings. 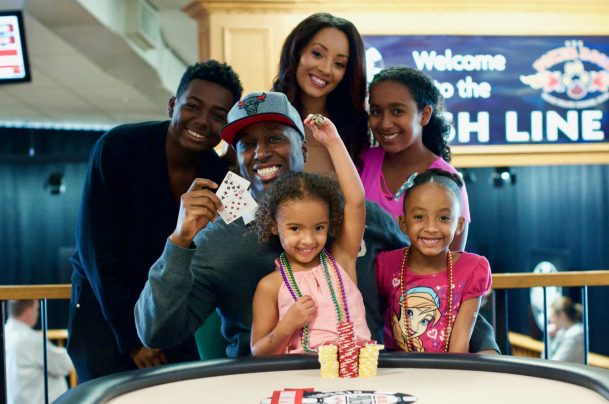 Just Show Him the Money

In the past, Hawkins has proven a polarizing figure for his borderline cockiness and penchant for trash talking. Despite that, he’s tried to let his results speak for themselves in the last couple of years.

“I’m a good dude,” Hawkins told WSOP officials after the win. “Most people are pompous assholes. And I really don’t give a damn if they like me or not. We’re from two different places. I’m not taking anything from them, but I’ve earned everything I’ve gotten in my life.”

Last year, Hawkins became the first player in tour history to win back-to-back Main Events. He followed that up by winning the 2016 WSOP Circuit PBKC Main Event for $95,921 for what was his eighth ring. The only other players to win three Main Events on the circuit have been Chris Ferguson and Blair Hinkle, though it took them years, as opposed to Hawkins’ eight-month heater.

“People didn’t like [Charles] Barkley on the court,” the 37-year-old family man continued. “People didn’t like Dennis Rodman on the court. I’m not here to be your friend on the felt. Now if I catch you at a bar, it’ll be a different scenario, you know? . . . Where I’m from, your results speak for themselves. You don’t have to tell me how great you are. All you gotta do is pull up the results and see who wins.”

The other big winner at the WSOP Circuit PBKC stop was 42-year-old IT consultant Raminder Singh, who topped a field of 524 entrants to in the $1,675 Main Event for $168,995 and a seat into the 2017 WSOP Global Casino Championship.

The WSOP Circuit is currently hosting its first stop at the Rio All-Suite Hotel & Casino in Las Vegas since 2005.

Winning 9 poker tournaments is quite a few wins. Awesome job there, Hawk.