For 25-year-old Matthias Habernig, this year’s World Series of Poker had to be one of the most memorable events of his life. The young pro from Klagenfurt, Austria navigated a field of 6,737 players all the way to Day Six, when he fell in 64th place for a $96,787 payday. 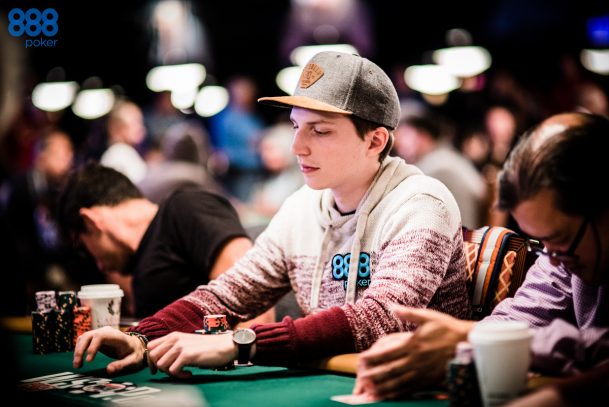 Austria’s Matthias Habernig made a deep run in his first World Series of Poker Main Event in 2016, and spoke to CardsChat in an exclusive interview about his experience there. (Image: fabfoto/888poker)

For such a deep run in a first-ever Series Main Event, we thought it would be interesting to find out what that experience was like for the young poker pro.

“It was a great experience to run so deep in the Main Event, although while I was playing, it didn’t feel like such a sick deep run,” Habernig told us.

“I think it’s because MTTs are no longer my main game. I didn’t feel the pressure that I have to go deep in the tourney.

“I would have been happy either way. Since I started playing heads-up pot-limit Omaha, I very rarely play MTTs, and when I play, I don’t really care if I bust. I don’t play the tourneys to win money, it’s more for fun.”

It’s a shame Habernig doesn’t play many tournaments these days, especially given how he entered the poker world. Habernig burst onto the scene back in 2010 when, at the tender age of 19, he topped a field of 364 players to win the LAPT Season III Florianopolis Main Event for $247,491. A month later, he final-tabled the LAPT Season 3 Grand Finale in Rosario, Argentina, ultimately finishing in sixth place for $49,400.

But then, Habernig pulled a vanishing act. He had only two small cashes in the years that followed, opting instead to devote his time and effort into studies at the University of Graz in his homeland.

So how did Habernig end up in Vegas for the very first time?

“I started to play the $160 qualifiers for the $1050 Main Satellite on 888poker, where usually about five to seven players win a ticket for the WSOP Main Event,” Habernig explains. “All in all it cost me about $3,000 before I qualified.

“The Main Event was just a great experience overall. What I really liked is that most players were nice to each other at the table and were talking a lot. Usually in tournaments, I see people taking it way too serious and they don’t have fun at the table. 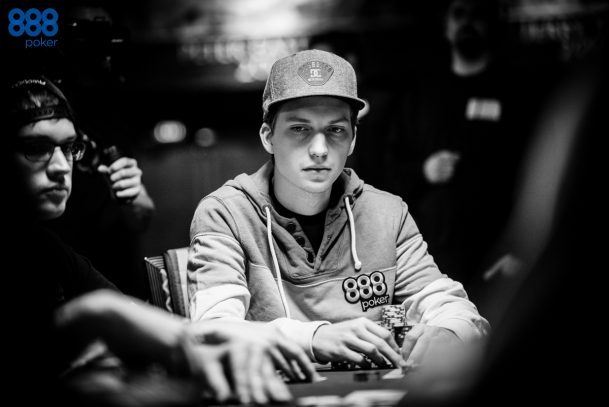 Habernig says he invested about $3K in qualifiers for his $10K Main Event seat in this year’s WSOP. (Image: fabfoto/888poker)

“The Main Event is one of a few where I didn’t have that feeling. One of my favorite memories is probably on Day Two when a Canadian told his story how he got into the tournament. His company put him into the Main as a bonus since it had always been his dream to play. So it was his first time in Vegas and you could see that it was really special for him. It’s great to see people caring so much about this game and enjoying it so much.”

Habernig’s road to Day Six of the WSOP Main Event began when he worked his 50,000-starting stack up to 73,300 on Day 1C, which put him at 1,130th out of the 3,252 survivors. On Day Two, Habernig got the chance to play with online stud and two-time WSOP bracelet winner Doug Polk, and survived to tell the tale.

Unfortunately, Habernig’s run would come to an end on Day Six. When we asked if he had any regrets, Habernig has just one.

“I guess my bustout hand, because I misplayed it a little bit,” he says. “I should have checked the turn behind to protect my tourney life.”

Habernig tabled the K♠J♠ for top pair with a flush draw, but he was behind the A♣A♥ of Giles. The 6♣ river was no help to Habernig, and he was sent to the rail in 64th place for $96,787, the second-largest cash of his young career.

“I’m really happy with my run in the Main Event,” Habernig clarifies. “There were many spots where I didn’t really know what to do, so it could have ended way worse.”

It’s been well-publicized that two players, Fernando Pons and Griffin Benger, will be sporting an 888poker patch in the November Nine. That’s because they were two of the 148 players to win their seats into the 2016 World Series of Poker Main Event via 888. Habernig may not have made the final table this year, but he shows a lot of promise, and we look forward to seeing more of him going down the road in the poker universe.

excellent experience we had our friend Matthias Habernig with a short age of 25 years and out of 64th, is not all bad performance.
Congratulations and good luck for the next.