Over the past week and a half, the 2018 Chicago Poker Classic attracted some of the Midwest’s best to Horseshoe Hammond next door in Indiana. The festival culminated on Monday with the final table of the $2,000 Main Event, and in dramatic fashion, the title and a brand-new BMW came down to the river. 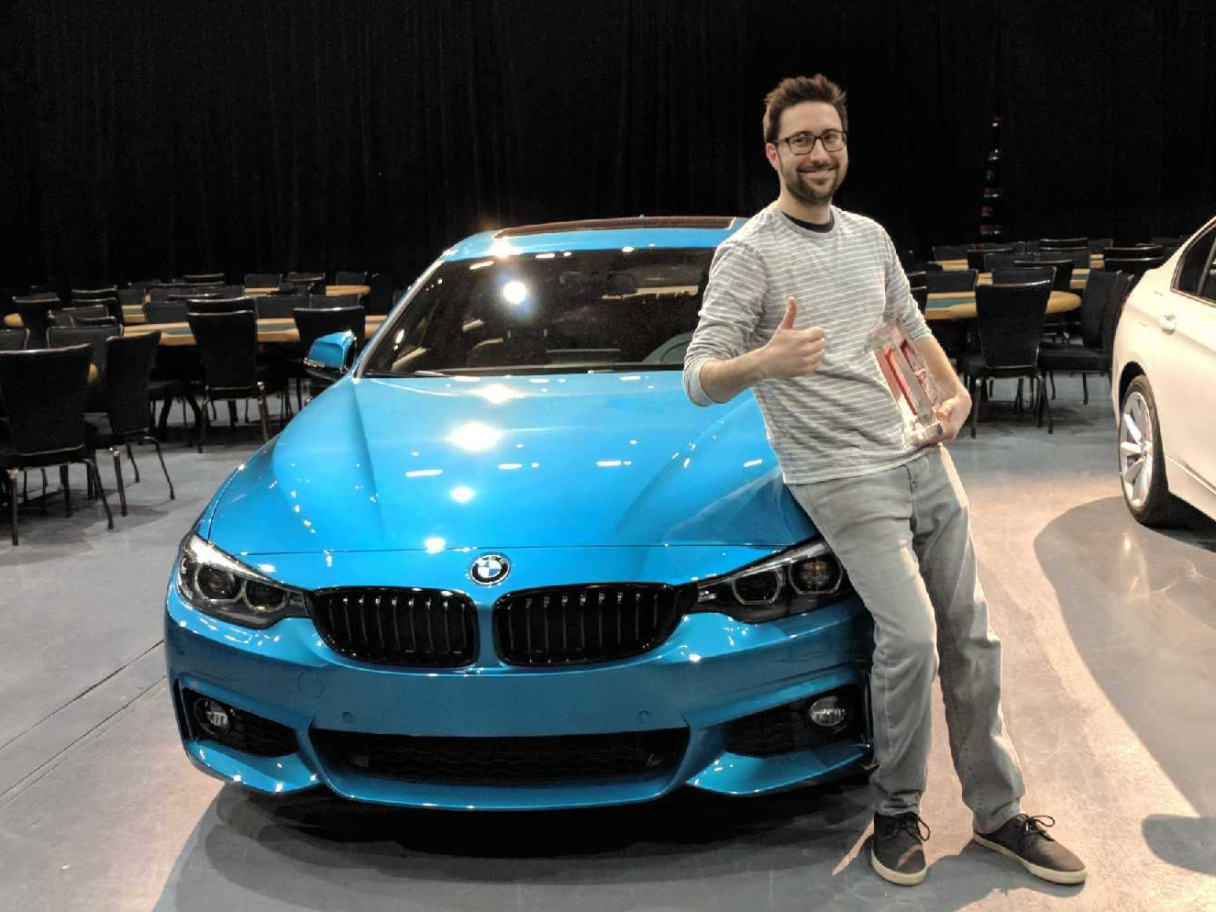 In addition to six-figures in prize money, Matt Shepsky was awarded a brand-new BMW all thanks to a fortuitous river card. (Image: Chicago Poker Classic)

The Main Event boasted a $1 million guaranteed prize pool, which it surpassed by attracting 646 entries over two starting flights. Of those, 91 advanced to Sunday’s Day 2, and they were cut down to the final ten before Monday’s finale.

Eventually, Illinois’ Matt Shepsky and Wisconsin’s Eddie Blumenthal made it to heads-up play with the former holding a 4/1 chip lead. An early double for Blumenthal evened the stacks, and the two opted for an even chop while leaving the car and $10,000 in prize money up top.

Blumenthal, who is a month removed from winning his first WSOP Circuit ring and the Casino Championship at Potawatomi Casino, made the call and the 8♠ peeled off on the turn. Shepsky bet 1.3 million and then called off when Blumenthal moved all in.

Blumenthal tabled the 2♠2♦ for a set while Shepsky the A♣4♣ for straight and flush draws. Blumenthal was one card away from the likely win, but it was snatched away when the 6♣ spiked on the river to give Shepsky the flush.

“I usually feel good heads up and then I was like, ‘What the hell’s going on? I can’t win a hand here.’ And then, it ended up working out at the end,” Shepsky told officials after the win.

It marked the second-largest score of Shepsky’s career after he won the 2015 Heartland Poker Tour Golden Gates Main Event for $227,864. It also marked his second win at Horseshoe Hammond seeing as he took down the $660 buy-in 2015 WSOP Circuit Summer Warm-Up Series Main Event for $47,200.

The 2018 Chicago Poker Classic Main Event was the premiere event on the schedule, but it was far from the only one. The festival actually kicked off a week earlier with Event #1: $360 NLH $500K GTD, a tournament that drew 2,099 entries. The final five players – which included Yoon Kim, Victor Gitterle, James Boblak, and Steve Federspiel – opted to even chop at $49,927 apiece with Greg Koutelidakis being named champ. 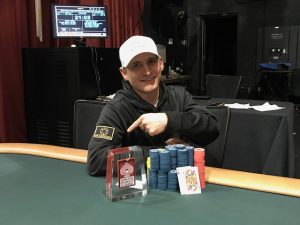 “I ran pretty good at the end when it counted,” Jivkov told CPC official after the win. “It feels good to win it outright without any deals, and actually, this feels really good because it’s my first at home win.”

“Positively Fifth Street” and “Cowboys Full” author Jim McManus topped a field of 303 entries to win first of two Special $200 NLHE side events at #ChicagoPokerClassic for $11,042 & $2K Main Event seat. Jeff Dezort won the other $200 Special Event for $10,000 after a four-way deal.

Probably, this river will long dream the loser with set 222. 😀

Are there any videos of this game? Or at least the hand history at the final table?