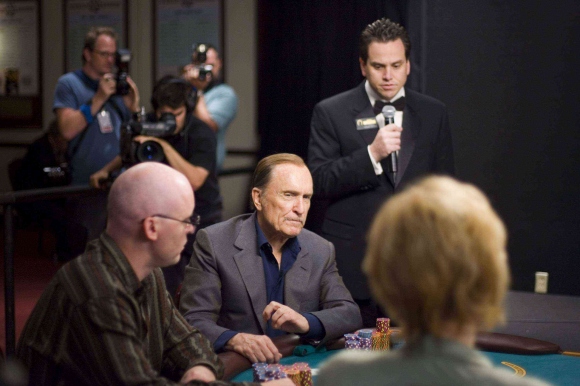 Poker Central, the world’s first 24/7 poker network, will add another original series when it launches the first episode of Inside Poker with Matt Savage tonight (Monday, March 7) at 9:30 ET.

The timing couldn’t be much better for Poker Central. Savage, a well-respected tournament director of the WPT and poker ambassador, recently won the Industry Person of the Year award at the American Poker Awards. He’s also up for Poker Hall of Fame induction.

Savage can now add “TV show host” to his stacked resume. His show will include interviews with poker legends, poker tips (Savage plays semi-professionally himself and obviously has seen just about everything that can happen in poker over the years), and poker stories from events and card rooms from around the country.

On the first episode tonight, viewers will get to see interviews from Mike “The Mouth” Matusow, WSOP Executive Director Ty Stewart, and 2012 WSOP champ Greg Merson, who will share his compelling story about going from struggling with sobriety to a world champion and an $8.5 million payday.

Future episodes will take place in some of the top poker rooms in the United States. Among those, according to the show’s press materials, will be Connecticut’s Foxwoods Casino, L.A.’s Bicycle Club, the Seminole Hard Rock in Florida, and, of course, some of the best-known Las Vegas poker rooms, presumably at the Bellagio or Venetian, although that hasn’t been specified yet.

When Poker Central first launched last fall, it was unclear what to expect in terms of programming. Would the content be original or mostly rebroadcast? At first, the answer was the latter.

CardsChat spoke to Poker Central CEO Clint Stinchcomb in November, a month after the network launched, amid some concerns about the longevity of a 24/7 poker channel that isn’t available on standard cable.

Since that interview, Poker Central has signed an agreement with a cable programming co-op, and the amount of original content has spiked drastically.

Shows such as Pokerography, a mini-series chronicling the lives of the game’s biggest stars, and the Super High Roller Cash Game are exclusive Poker Central programming that have drawn interest from its audience. Savage’s new show is another example of original programming on Poker Central.

The host of Inside Poker has quite a lengthy resume. Savage is the founder of the Tournament Directors Association (TDA), the tournament director for two prominent California poker rooms (the Commerce and Bay 101), and the Executive Tour Director of the World Poker Tour.

From 2002-2004, he held a similar role with the World Series of Poker. Savage, a Las Vegas resident, has done more in his career than watch the game from the rail. He has nearly $90,000 in live tournament winnings, including a final table appearance at the 2009 WSOP.

Poker Central will bank on Inside Poker, and its other original programs, to generate interest in hopes of eventually getting picked up by some cable and satellite providers.