In 2010, Canadian Matt Jarvis made the November Nine of the World Series of Poker, ultimately finishing in eighth place to win more than $1 million. The next year, he returned to Las Vegas and bested a field of 732 players to win the $5,000 No-Limit Hold’em Six-Handed event for another $800k and his first gold bracelet. 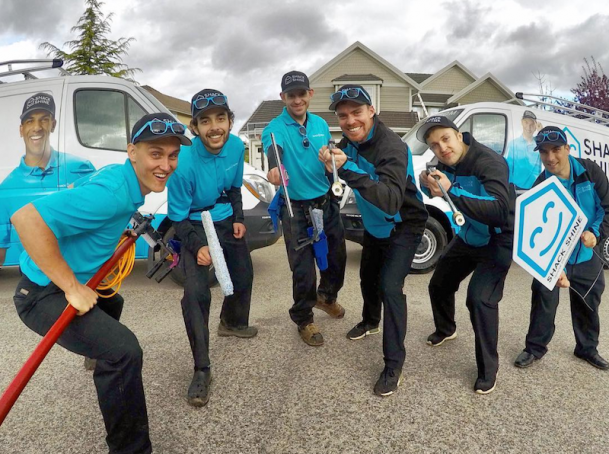 Matt Jarvis (third from right) has cashed in his chips and grabbed a squeegee as the man in charge of a Vancouver-based Shack Shine business. (Image: Matt Jarvis)

A Day in the Life of Matt Jarvis

If you follow Jarvis on social media, then you know he and his wife recently became franchisees of Shack Shine North America’s first home detailing service. Basically, his company is there for all your residential window, gutter, and power washing needs. 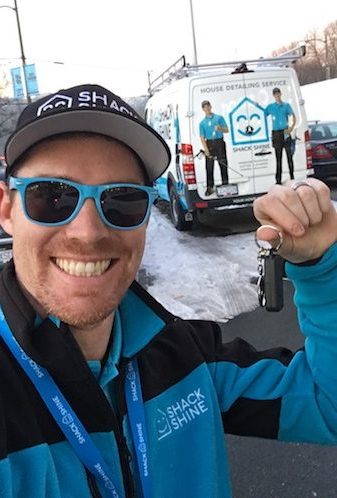 “It’s a little all over the place right now to be totally honest,” Jarvis tells CardsChat when asked what his life’s like right now. “It’s probably a little more structured than a poker player’s life, but with starting a business from the ground up, I wear a lot of different hats and play a lot of different roles, especially now expanding to a second van, basically doubling our business within a few months.”

A typical day for Jarvis starts by waking up at 5:45 a.m., getting ready for work, and throwing together a breakfast. He’ll also prep a lunch before hopping in the Shack Shine van in time to make it to the first job site of the day by 8 a.m.

“Once I’m there,” Jarvis says, “I’m talking to the customer, working on the tools with my guys, doing free estimates for the neighbors, coordinating with my other van, going on supply runs to Home Depot, setting up interviews with Shack Shine applicants, and all the while strategizing on how to grow the business.”

Jarvis is usually home by 6 p.m., and in between spending time with his wife, Juliana, and their dog, Toby, his nights are reserved for work emails and prepping for the next day.

CC: Tell us about Shack Shine. What inspired you to open that particular business?

Matt Jarvis: Shack Shine is a house detailing company, similar to what you’d expect when you get your car detailed but for houses. We do window washing, gutter cleaning, pressure washing, and moss removal. In the winter, we even get into Christmas lights.

We go beyond just exterior cleaning though. We help our customers properly service and maintain their roofs, gutters, windows, siding, and other surfaces that in most cases can really extend their lifespan.

My inspiration came from always wanting to be in business. I did a lot of searching, talking to business contacts, and even going back to school. I had done some investing and even bought a couple of trailer parks in Indiana with some of my poker winnings, but I really wanted something that I could be more hands on with and something that was closer to home.

I stumbled upon Shack Shine after already hearing great things about owning a franchise and the culture of parent company O2E. After that, it just seemed to make sense, especially as a poker player with little business experience. I could learn everything about starting a business from the ground up.

CC: How’s it been going so far?

Matt Jarvis: It’s pretty stressful at times, but I really feel like I’m building something that has a long-term future. I feel like from this time last year, I am an almost completely different person. The way I’ve learned to understand customers, create a great work environment for my employees, conduct interviews and work towards building the “right” type of team will all be valuable lessons for the rest of my life.

I also love being able to create the win-win scenarios, which are tough to find in the poker world.

When we do an amazing job for our customers, they’re happy and they rave to our employees which gets them feeling good about the work they do. For me, I get to build a business around making people happy. It feels pretty awesome! I’m not trying to sugarcoat it though, there are challenges on the daily, but I feel like I’m getting better at coming up with solutions all of the time.

CC: Do you still have the opportunity to play poker? How can you balance the two?

Matt Jarvis: Right now, not really. I’ve probably played less than 10 times since the WSOP last year. I came home and basically started interviewing for my Shack Shine franchise immediately after busting from the Main Event in July. 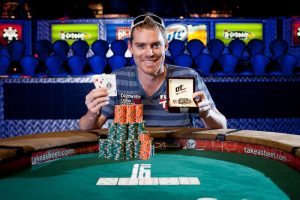 There are some days I miss it, but most of the time I’m feeling pretty good about what I’m building here. Poker is such a time-consuming hobby that you really have to be dedicated and put in the hours to compete at the highest levels. For now, I’ll just work towards being a world-class gutter cleaner.

CC: What are your plans this summer for the WSOP?

Matt Jarvis: It’s still up in the air. I’d love to go and compete in the Main Event and a couple of prelims, but I need to make sure I have the right team in place with both vans for Shack Shine before I can really commit. It may be just one of those sacrifices that I have to make in year one of running a business where I don’t get to go to the WSOP.

I’ve said to a lot of people that I don’t think I’d ever miss the Main Event for the rest of my life unless it was something major. Well, this year we’ll see.I’ve definitely noticed in years previous that if my mind’s not 100% on poker while I’m down there than I might as well not be there.

CC: Do you envision poker being a big part of your life for years to come?

Matt Jarvis: A big part, maybe not, but still a definite part. My competitive drive is too strong to not want to continue with an activity that allows me to challenge my mind and compete against some of the world’s best when you can do so at any age.

I’ve put in the 10,000 hours, and despite whatever the changing trends may be, I won’t be able to unlearn the ability to adapt.

When I’m in my 50s and 60s, I likely won’t be able to do 360s on a snowboard anymore, or spike a volleyball down the line, or hit the top corner with a slap shot in hockey. I will, however, still be able to call down some kid with third pair, or put another player to a decision for his stack on a bluff.

Those are just a couple reasons why I love poker and why it will always be part of my life.

To keep tabs on both Jarvis’ poker exploits and his Shack Shine adventures, follow him on Instagram @mattjarfish.

Great article. Nice to see a poker player realizing his potential outside of poker and pursuing realistic goals.