Matt Damon went on the Bill Simmons podcast to discuss many topics, including his role in the 1998 poker movie, “Rounders.” The award-winning actor also talked about how poker has evolved beyond his “comprehension.” 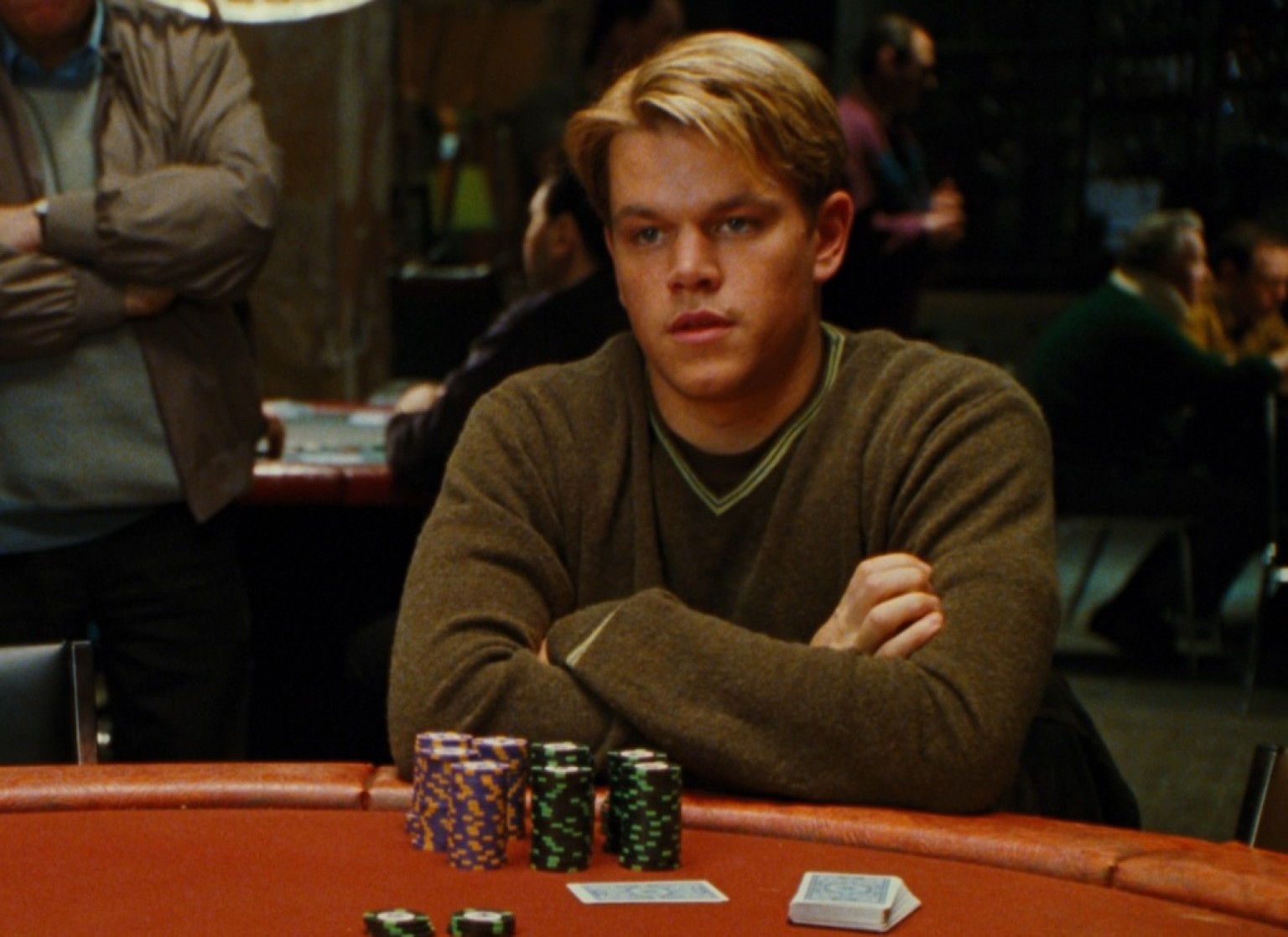 Matt Damon in his starring role as Mike McDermott in the 1998 poker movie, ‘Rounders.’ (Image: HuffPost)

To this day, 20 years later, “Rounders” remains the most iconic poker movie in history. Few other than, perhaps, the creators of “Molly’s Game,” would dispute that claim.

Damon told Simmons, a popular sports journalist, how Miramax used the WSOP to promote the movie. And he also shared a story involving getting felted by Doyle Brunson.

Miramax Films, ran by accused sexual predator Harvey Weinstein, had a brilliant idea to get word out about its upcoming flick.

“To promote that movie that year, they brought (co-star) Edward (Norton) and I to the World Series of Poker,” Damon said on the Bill Simmons Podcast. “It was 20-grand they were going to lose but they got all those stories out of it.”

Damon was just learning the game back then. He was certainly no Johnny Chan, who made a cameo in “Rounders,” on the felt. But he didn’t want to bust too early from the tournament. After all, he was there to promote a movie. How much attention would he get from busting an hour into the first session?

Unfortunately, for the young actor, he wasn’t able to reach his goal of making it to Day Two. But he won’t ever forget how he busted.

“Is it true you lost to Doyle Brunson, did he knock you out?” Simmons asked.

“Yeah, I had kings, he had aces,” Damon responded. “He did, which was great. I had been sitting there playing like a donkey. All I was thinking was I’ve got to last as long as I can. I can’t go out on the first session. I’ve got to get to the piss break. I wonder, can I make it to the second day because that would be a good story.”

He didn’t make it to Day Two. But he still accomplished his goal of promoting his new movie. Brunson, however, didn’t put Damon’s chips to good use. He failed to cash in the Main Event. Scotty Nguyen won it for $1 million.

“Rounders” struggled in the box office following its 1998 release. Back then, poker wasn’t a mainstream game. But when the early 2000s poker boom hit, the movie grew significantly in popularity. The R-rated flick currently has a ho-hum 65-percent rating on Rotten Tomatoes among critics, although who knows how many movie critics play poker.

The poker community, on the other hand, adores the movie. Damon told Simmons he enjoys the attention he gets from poker players because of “Rounders.”

But even though he still enjoys the game, he is struggling to keep up with modern poker strategy.

Perhaps, the actor with two first names would benefit from an Upswing Poker course to learn GTO. You can listen to the full 108-minute podcast here. “Rounders” and poker discussion starts at the 47-minute mark.

This is a nice story that lets the old guys of poker hang their hat on and say, yup, I remember, back in the day, when everyone did what everyone should and played the right hands at the right time and showed huge respect to etiquette! Never seen this film, though guess I should as it still gets all the plaudits from poker. So maybe over Christmas when i get time to relax i can watch this and Mollys Game and see which i think is best. Nice story about Brunson too.

I recently watched this movie, it was very fun to watch the main character’s poker game). Poker has evolved