Matt Berkey to Doug Polk over Criticism for ‘Live at the Bike’ No-Show: Sorry, Didn’t Have Enough Cash

When Doug Polk criticized several poker players for backing out of a commitment to appear in a high-stakes cash game on “Live at the Bike” earlier this month, he was decrying the lack of professionalism it conveyed. However, at least one of those players has responded that poker is poker, and what’s someone to do when they simply can’t afford to buy into the game? 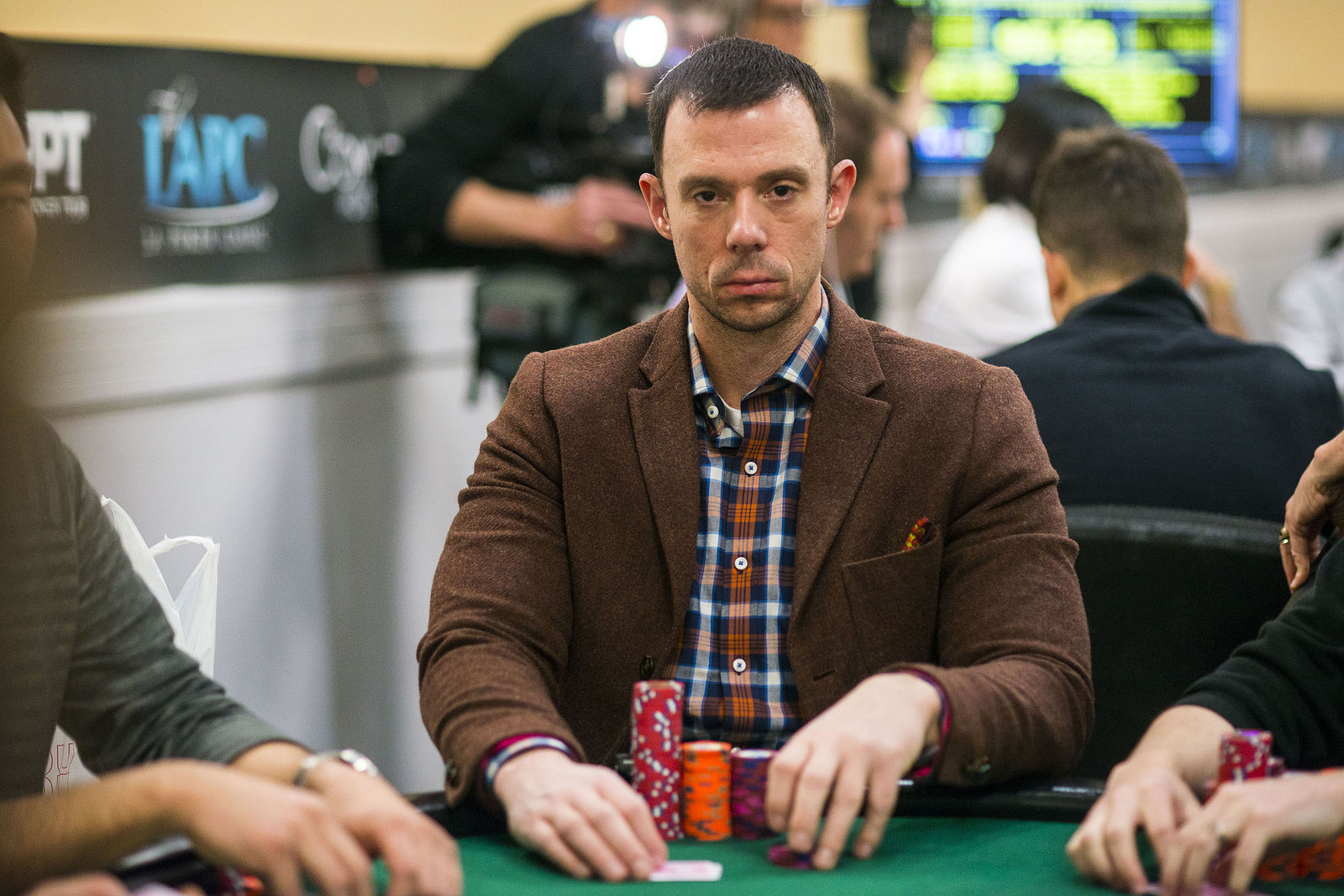 Matt Berkey responded to Doug Polk’s criticism for backing out of a Live at the Bike session, saying he didn’t have the funds available on that day. (Image: WPT)

California high-stakes player Matt Berkey responded to being called out directly by Polk in an interview with YouTuber Joe Ingram, saying he simply was low on cash after two consecutive losing sessions, and couldn’t afford to play at $200/$400 stakes.

On Nov. 10, prior to the start of the final night of “Doug Polk Week” on “Live at the Bike,” Polk announced to his social media followers that he was upset a few players had backed out of the game, leaving only top-notch pros such as Dan “Jungleman” Cates and Dan Smith, two guys even skilled players wouldn’t want to face without a mix of amateurs at the table.

Additionally, by the time Polk arrived, they were playing PLO, not no-limit hold’em.

Polk followed up with his complaint with a YouTube video calling out those who ditch out of televised poker commitments.

“The schedule for these shows is specific and set,” Polk said to his 150,000 YouTube subscribers. “And when people show up or come into town and they’re ready to play a game on TV or on stream or whatever it is, and you’re just going to call an audible based on what you see or what you like playing, then it creates a situation where, if one person doesn’t play, then another person doesn’t play, and then the event gets cancelled.”

Berkey, a regular in high-stakes cash games and tournaments, was one of three players who cancelled on the “Live at the Bike” livestream with little or no notice. He explained his reason during an interview on Joe Ingram’s podcast.

Berkey said he alerted Ryan Feldman, the show’s producer and one of its regular commentators, a few days prior to the big cash game that he wouldn’t be playing on Friday and was told “it shouldn’t be a problem.”

The high-stakes pro said he wasn’t “offended by Doug’s video,” but suggested that Polk may have misled his audience about how big the games were. Berkey claimed he wasn’t bankrolled for stakes that turned out to be higher than he had anticipated prior to committing to play each day that week.

Save for that one no-show on “Live at the Bike” earlier this month, Berkey has been a reliable participant on televised and livestreamed poker shows. But others, including Tom Dwan, haven’t be so reliable.

In September, “durrrr” backed out of a “Poker After Dark” session after getting crushed the previous two nights. That left only five players at the table.

Polk’s complaints weren’t directed only at those who backed out of the Nov. 10 Live at the Bike session. He said this has been a problem on televised high-stakes shows for quite some time. And he wants to it to stop.

“It hurts the viewers, it hurts you guys who wanted to see the show for whatever players signed up to play,” Polk said. “It kinda hurts everyone involved but the person who cancelled for their own selfish reasons.”

Then again I can’t even afford a $1/2 game vs these guys LOL!

As an avid Twitch viewer of live poker, I’m very conflicted on this story.

First off, I applaud Matt for coming out and saying “Sorry – I was bankrolled, but losing $110k I can’t commit to $200/$400”. As a poker player, if you’re head isn’t in the game properly, to go on TV, hole cards exposed, and play a game at that level, you shouldn’t play. The risk of losing six figures would be very high, and not knowing his full bankroll, there’s no way he could absorb three huge losses.

However, this brings up the issue that Doug took, and I think he has a point. If a show is promoted to have certain people playing on it, and they don’t show, either a) those people would be contractually penalized, or b) Live At the Bike isn’t protecting their product.

Given the comment in the story…the answer is B.

Poker players as poker players are not truthful people. If the show is looking to get only verbal commitments to appear, and then turns around and promotes the broadcast with these people, they are totally setting themselves up for failure. The product suffers if something was promised and not delivered. It shouldn’t be a casual conversation – if LATB is looking to grow their online brand, this is exactly what they don’t want. And this is what could hurt poker on Twitch in the long run. PartyPoker recently advertised an online game with Sam Trickett – which is even risker if players can’t or don’t log into the client to play.

Look – Matt shouldn’t have been so nieve that he couldn’t lose $110k playing $25/$50. In fact…even if the buy-in was $10k, how do you lose 11 buy-ins before walking away? He needs to make this up somehow – but ultimately if LATB lets him off the hook with no penalty, this could kill the validity of Twitch Poker in the long run.