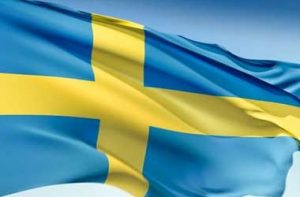 After a two-year investigation, Sweden’s regulatory agency for online gambling has indicted ten individuals and sentenced two to jail time.

Sweden’s national gambling company, Svenska Spel, as well as a number of other operators, have purportedly been the target of fraud involving online poker between 2007 and 2011. The country’s authorities have now indicted ten individuals under a “major fraud case” involving a large number of players.

A statement released last week by the official online gambling regulatory agency, Lotteriinspektionen, cited that between the years of 2007 and 2010 that the ten indicted people in the court case were able to obtain unauthorized access to multiple online poker operator databases. With this access, these people collected a large amount of personal data belonging to players at those online poker sites, including usernames, email addresses, and passwords. According to multiple industry reports, this information was used to gain control of online poker accounts to have funds transferred from hacked accounts in their own accounts.

The statement from Lotteriinspektionen comes after a two-year investigation and a six-week hearing in Sweden. It was after the hearing that authorities decided to acquit two individuals, while sentencing the eight remaining people with punishments. Two of those eight people received sentences that involved jail time. One of the two people who received jail time is from Karlstad and received two and a half years for 51 cases of fraud and hacking. The other, purportedly from Stockholm, received one year and three months of prison time for 19 cases of fraud and hacking. Five of the other six sentenced defendants were given an undisclosed fine.

The entire group of those indicted are not quite out of the woods just yet. Although the 10 have gone through various investigations, with some having dodged jail time, they will still have to pay the piper. All 10 are at risk of paying significant fees associated with damages to all parties involved. It is believed that this case could potentially involve millions of Swedish Kronas, and that reparations could be part of the case. As a rule of thumb, one million Swedish Kronas has an estimated value of approximately $150,000 USD. Damages are expected to be paid to the government in the instances where the victims of fraud are unknown.

Given the long duration of the fraud taking place, many have called into question the effectiveness of the security measures that poker sites use. Deputy Operations Manager of Sweden’s online gambling regulatory agency, Erik Sjöholm, commented on the issue by saying, “It is noteworthy that this could last for so long and that it is so easy for them to be able to obtain the login information for email addresses and gaming accounts.”

Sjöholm also stated that security issues should be reviewed, given the approaches that the scammers took that were revealed during the investigation. He called for a review of how login details are handled, and suggested that passwords be changed periodically.

Tips to Keep Yourself Safe

Account hacking is nothing new to the world of online poker, gambling, or even recreational video games. Many nefarious individuals and groups employ a wide variety of methods to hack databases to obtain login and password information. Players are highly encouraged to use different usernames and passwords at all gambling sites, websites, and online video game accounts they create to minimize risk. In addition, players are encouraged to always use a computer that is behind a firewall and has an anti-virus program running at all times.