In Massachusetts, a newly established commission to examine the pros and cons of legalizing and regulating online poker and casino gaming met for the first time on Monday. The panel ultimately aims to set in motion legislation that would establish online gambling in the Bay State, as well as creating a new framework for DFS. It plans to provide the state’s legislature with recommendations by mid-2017. 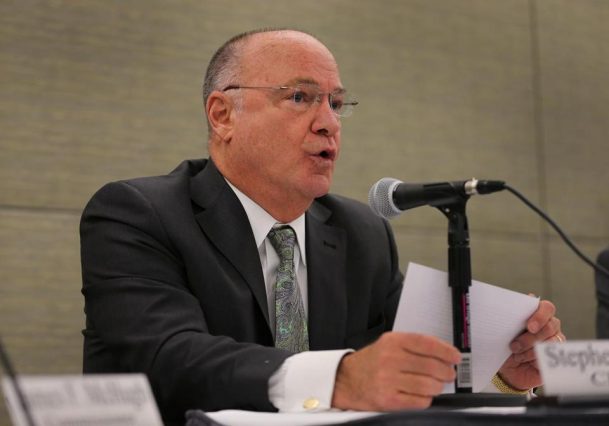 Among the issues the commission will examine are consumer protection, economic development, taxation, and legal and regulatory structures.

Also in its sights are the implications for existing forms of gaming, such as the question of whether online gambling compliments or cannibalizes land-based gaming.

Massachusetts legalized daily fantasy sports (DFS) in August, adopting a temporary system of regulation that had been previously drawn up by the state’s Attorney General, Maura Healey. But it wants to create a more permanent framework of DFS regulations going forward.

Reports that DraftKings and FanDuel are close to a merger will increase the need for such a process. DraftKings is a homegrown product, based in Boston, while FanDuel is based in New York, and the state will be anxious to create a set of regulations that will provide the conditions for the enlarged company to stay in Boston.

“We codified statutorily the standing of daily fantasy sports operations as legal entities but with a sunset provision,” Representative Joseph Wagner, panel member and House chair of the Joint Committee on Economic Development and Emerging Technologies, told the Lowell Sun. “It’s the hope that the work of this commission and whatever product, and perhaps legislative product, may come from it will provide guidance going forward.

“[Online gambling] is one of those subject matters that seem to capture the attention of the public and public policymakers and so we’re going to give it a pretty good look,” he added.

Also on the panel is Stephen Crosby, chairman of the Massachusetts Gaming Commission, who is known to favor an omnibus approach to online gambling. With that plan of attack, legalizing and regulating online poker and casino, online lottery and DFS in one single bill would create a robust regulatory framework for all.

“Hopefully, this will be an opportunity for us to continue . . . the initiative that we’ve made about trying to come up with some omnibus legislation that will give the Legislature and then probably the Gaming Commission the tools to regulate all of online gaming,” Crosby told his fellow gaming commissioners in September.

The commission is expected to meet every four to six weeks, and plans to finish its research and file its recommendations by July 31 of 2017.