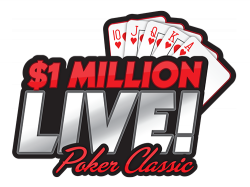 It was only two months ago that casino officials and law enforcement agents discovered a plethora of counterfeit tournament poker chips at the Borgata in Atlantic City. In that scenario, a player had allegedly introduced fake chips to gain a significant advantage over the field. The individual eventually charged with the crime non-coincidentally was chip leader after the first day of play. It was only a month later that the Palm Beach Kennel Club in Florida for a World Series of Poker Circuit (WSOPC) event had the same issue arise. Now, the brand new Maryland Live Casino has proactively taken steps to ensure they won’t be ripped off as well.

A couple of weeks ago, two individuals were charged with allegedly using counterfeit $100 black chips at roulette, mini-baccarat, blackjack, and possibly other tables at the Maryland Live Casino. Police stated that one of the alleged culprits bought over $150,000 worth of the chips through an Internet transaction. Although it was initially reported that the chips were used at poker tables, according to multiple sources, that confusion stemmed from referring to the casino chips as “poker chips” in a police report. Maryland Live Casino’s director of poker operations Mike Smith has reiterated that the fakes were never used in the poker room. Nevertheless, the team running the poker room made immediate changes in preparation for the $1 Million Live! Poker Classic, currently running at the casino through March 24.

Maryland Live Casino’s president and general manager, Rob Norton, has stated that the concern with fake poker chips is minimized, thanks to a new procedure within their tournaments. He emphatically believes that they will know if fake chips are being  introduced.

The change stems from how the casino will track tournament players when they move from one table to another. Typically in a casino, players are given a laminated card, asked to choose one when they are face-down, and then move to that table. Now, it is electronically done using player rewards cards with the addition of multiple security and verification methods that did not exist prior to the changes being made. While not all details of the security measures were released to the public, it has been confirmed that the poker room will use multiple chip sets for tournaments. The number of sets, according to some speculation around the Internet, is rumored to be at least four.

These changes mark some of the first true changes the industry has seen in light of the multiple counterfeit tournament chip scandals.

Located near Baltimore and Washington D.C., the Maryland Live Casino is currently hosting the $1 Million Live! Poker Classic, which kicked off with a $550 Buy-in NLHE Re-Entry multi-day tournament that boasted a $225,000 guarantee. The $1,100 No Limit Hold’em multi-day event with a $100,000 guarantee kicked off on March 14. The Main Event, which features two Day 1s and kicks off on March 21, is a $3,500 buy-in No Limit Hold-em tournament and features a robust $400,000 guarantee. The tournament series concludes either on March 23 or March 24 depending on how long play takes on Day 2 of the Main Event.