You can add Marle Cordeiro to the growing list of poker players suing accused cheater Mike Postle. The popular poker vlogger claims the Northern California poker pro used his cell phone to cheat her, and others, in cash games at Stones Gambling Hall. CardsChat News has obtained court documents that explain the nature of the $250,000 lawsuit. 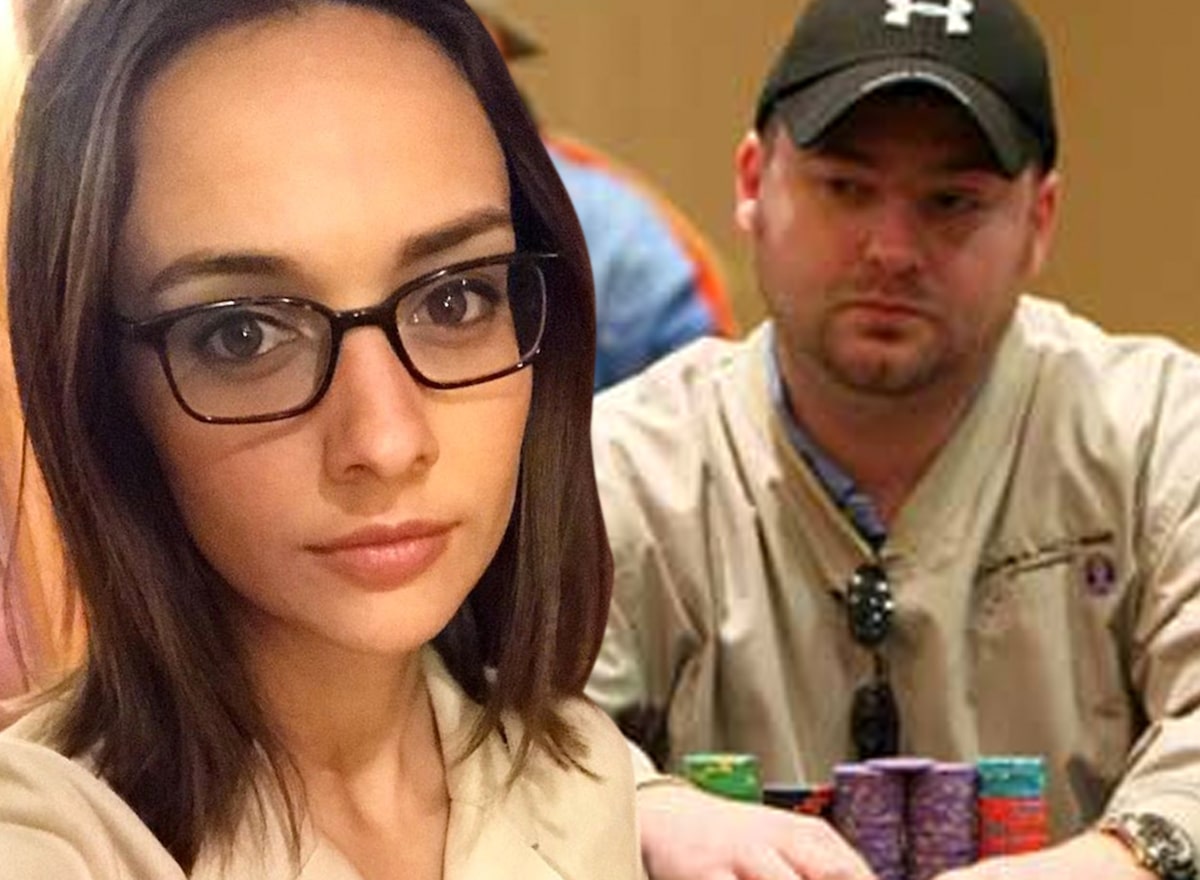 Marle Cordeiro is suing Mike Postle for allegedly cheating her out of money at the poker table. (Image: TMZ)

Mac VerStandig of the VerStandig Law Firm, which specializes in poker law, is representing the vlogger in court. He is also serving as the attorney in a separate $10 million lawsuit against Postle. That civil trial, scheduled for May, will take place in a Northern California district court.

Cordeiro filed separately from the other 25 plaintiffs due to the fact she resides in Las Vegas. VerStandig, on her behalf, penned a 23-page letter to the United States District Court, District of Nevada, explaining why his client is seeking justice against Postle.

In late September 2019, Veronica Brill accused Postle of cheating during “Stones Live” streams for more than a year. Soon after, the poker community began investigating the claims. Many came to the conclusion he is guilty based on his unusual ability to seemingly always make the correct decision on the river. He also won at a seemingly improbable rate.

All the red flags were there for those who investigated Postle. But he has yet to have his day in court and the opportunity to present contradictory evidence, if it exists. When that day occurs, he will be facing a mountain of evidence from Cordeiro’s attorney.

Postle was a regular on “Stones Live,” and Cordeiro faced the accused cheater in one 2019 session. In the complaint filed on April 4, her attorney makes some damaging claims against the defendant.

“Mr. Postle’s winnings on the Stones Live Poker broadcast, and his correlative play of poker, were so exceptionally outstanding as to lead the games’ commentators to note his seemingly mystical abilities on numerous occasions, and to lead Stones Live Poker to produce various graphics portraying Mr. Postle as a deity-like individual imbued with omniscient powers (with one such graphic conflating an image of Mr. Postle and an image of Jesus Christ),” the complaint read.

The court filing also questions Postle’s “peculiar ability to make an optimal decision in almost every situation with which he was confronted while playing on Stones Live.”

The accusations in the complaint attempt to provide more than just mere circumstantial evidence. VerStandig presents some issues that the plaintiff hopes may be construed as hard evidence against the alleged cheater. He claims Postle won more than 94% of the games he competed in on “Stones Live” streams between 2018 and 2019, and questions the likelihood of any player winning at such a high rate. 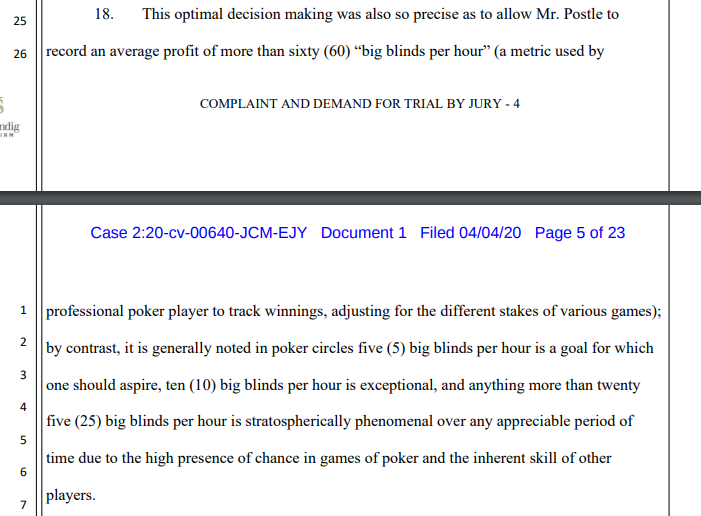 “A detailed review of Mr. Postle’s play reveals not only statistics unfathomable in the world of professional poker but, too, situation-specific decision making in which almost every so-called “guess” to be made by Mr. Postle is done so in a manner that optimally benefits his monetary interest,” writes VerStandig.

How Did Postle Allegedly Cheat?

Cordeiro competed against Postle last year on “Stones Live,” and believes her opponent was cheating. Her attorney, in the court filing, laid out how he believes Postle cheated his client and others.

“Mr. Postle was able to achieve these results by engaging in a pattern and practice of using one or more wire communication mechanisms to defraud his opponents by gaining knowledge of their Hole Cards during the play of poker hands,” section 26 of the complaint states.

Cordeiro’s attorney argues that one or more individuals aided Postle in this alleged scam, but the names of those who may have helped weren’t mentioned. The lawsuit, however, states that the accused poker cheater “used a cellular telephone, lodged between his legs, so as to have its screen beyond the view of others, to access the identity of the Hole Cards of other players, in real time.”

Many poker players have speculated that Postle worked in conjunction with one or more members of the “Stones Live” tech team, who then relayed hole cards to his cell phone. Cordeiro presents a similar argument.

Same old story here. At the end of the day, all you have is a bunch of people crying sour grapes because the guy “won too much too often” and “always made the right decisions”. Without CONCRETE evidence of him cheating, stats aren’t going to be enough in court. Just because he kicked everyone’s ass for a year (and yes, it’s a high probability he was up to something) doesn’t change anything. Like Denzel in training day; it’s not what you know, it what you can prove, and saying he “shouldn’t have folded to marle on the turn” isn’t proof. Good luck with this one.

I agree that theoretically he could be the best player ever and making amazing plays doesn’t constitute proof. But if you see the video where the RFID isn’t working properly, you see him rubbing his cards over the sensor again and again. There is just absolutely no reason he would be doing that unless he knew the sensor hadn’t picked them up.

“Without CONCRETE evidence of him cheating, stats aren’t going to be enough in court.” Not true at all. This is a civil case where the burden of proof is a LOT less. This case will use a preponderance standard. This means that the burden of proof is met when the party with the burden convinces the fact finder that there is a greater than 50% chance that the claim is true. You yourself even say “it’s a high probability he was up to something”. He’s toast!

Stats will hold up in court. Wrong stats used in court have sent people to prison for life, so I have no idea why you say stats won’t hold up in court. Perhaps you should check on some videos. I think the guy is a cheat. Stones got what they wanted (publicity). Postle (for a while) got what he wanted. He really needs an attorney to tell him what to say because any public things he has said (like Matusow interview) are horrible and will also be used against him in court. Maybe he’s innocent, but he sure hasn’t said or done anything to show that, maybe he’s saving it for court.

I saw video clips of this guy playing and he did seem to spend a lot of time staring at his crotch before making a decision. It could be he was enamored over his own dick since he sure seemed to spend a lot of time staring at something in his lap. If I had been playing at the table, I would have mentioned something or at least asked him what the hell he was looking at all the time. Something was obviously fishy just the way he was acting. Oh let me look at my dick before I decide what to do next. WTH??