Last month, the Women in Poker Hall of Fame released a list of 11 nominees. Two of them have been chosen as inductees for the Class of 2018, bringing the total number of members up to 19. 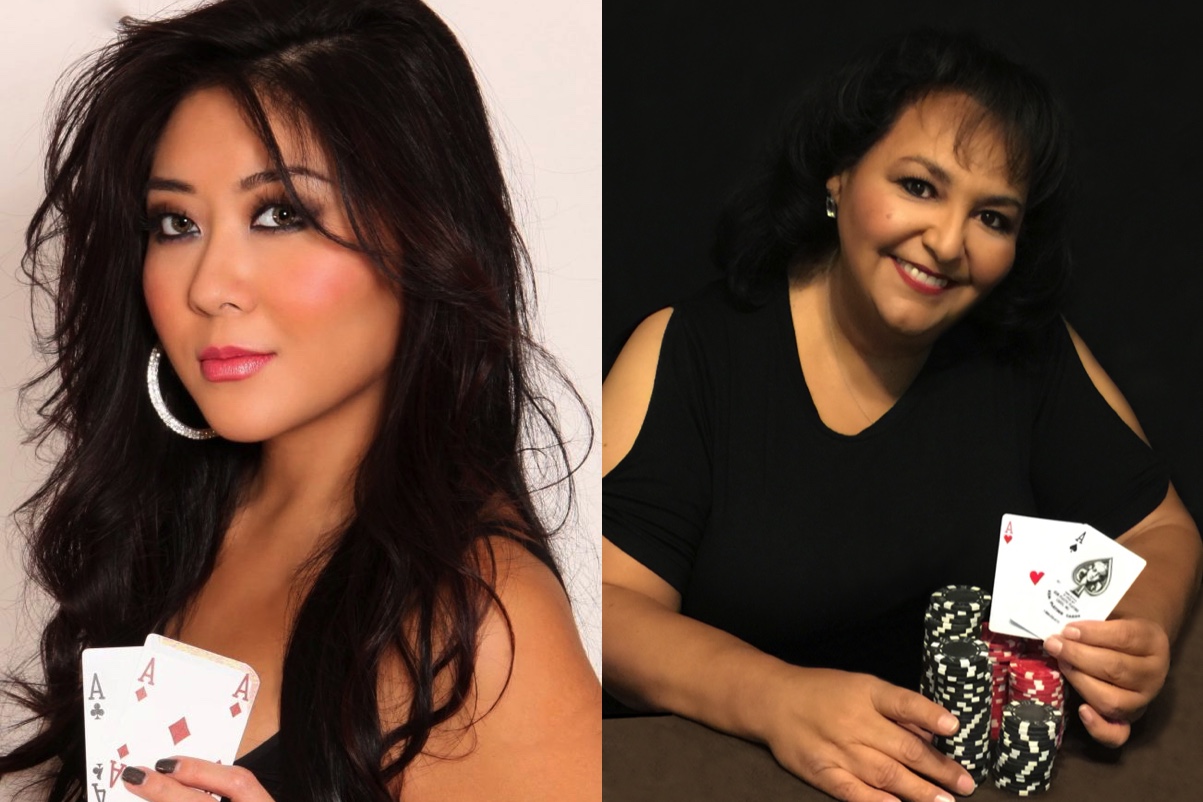 In its 10th year, the Women in Poker Hall of Fame have selected poker pro Maria Ho and founder Lupe Soto as inductees for the Class of 2018. (Image: WiPHoF)

The nominee list was sent to a voting panel made of up current WiPHoF members, including Jennifer Harman and Vicky Coren Mitchell, as well as media/industry leaders to be voted upon. The ballots resulted in poker pro Maria Ho and founder Lupe Soto being selected.

Ho, renowned for both her playing abilities and ambassadorship, was chosen in her first year of eligibility. She’s currently ranked fourth on the GPI among female poker players in the world, sits in 10th place on the women all-time poker money list with $2.7 million dollars.

Ho, who appeared on The Amazing Race alongside Tiffany Michelle, was the first female in history to be hired to a poker television broadcast (HPT) as the resident strategic commentator. She currently co-hosts WPT’s King of The Club on Fox Sports Net.

“Incredibly floored to be voted into the Women in Poker Hall of Fame Class of 2018 especially among a group of such deserving women,” Ho tweeted. “Deeply humbled by this honor and congrats to [Lupe Soto]! Thank you all for the love and support!”

Meanwhile, Soto has been an advocate for women in poker for close to two decades. In the late 90’s, she worked in the up-and-coming online poker industry, and in 2002 she created the first online poker forum for women and followed it up with the Ladies International Poker Series (LIPS) in 2004.

Soto, who founded the WiPHoF in 2008, currently serves as the CEO of Senior Poker Tour and the Founder & Executive Director of the newly established Women’s Poker Association (WPA), a non-profit member-based organization to advance the development of women in poker.

“I am so excited to be included amongst these amazing women,” said Soto. “The ballot this year was filled with some of the most respected and well deserving women in the game. All of them should hold a place in the Hall and I’m sure one day soon, they will!”

Criteria for the Women in Poker Hall of Fame including being a minimum of 35 years old, either worked or played in poker for at least 10 years, be a proponent of women in poker, and contributed to the poker community in a significant way.

While they all met the standards, nine of the nominees will have to wait until next year for a shot at induction. Among those to come up short in 2018 were Jennifer Tilly, Kara Scott, Hermance Blum, Mandy Glogow, Haley Hintze, Angelica Heal, Karina Jett, Terry King, and Shirley Rosario.

Tilly and Scott were largely considered among the favorites for induction. The former is an Academy Award-nominated actress who won the 2005 World Series of Poker Ladies Event for a gold bracelet.

As for the latter, she is one of the game’s most popular television commentators having worked for outlets like the WSOP, High Stakes Poker, and the Super High Roller Bowl.

This year’s WiPHoF induction ceremony, which will be produced by PokerStars, will take place on Tuesday, June 26 from 11 a.m. – 2 p.m. at the Orleans Casino, which is just a few blocks away from the Rio All-Suite Hotel & Casino.

Its good to see players like these making the hall of fame. They keep saying that if more woman get involved in poker, that it could start a new mini boom. I wont lie when I play lie, some of these ladies scare teh fuck out of me. One from MN plays here and whips out her whole bankroll to buy in and says she aint scared if someone comes after it. Then you have these older lady player that just take all your money at the table. I wont lie the season of big brother with russo did venessa no favors as I dont really like her. BUT WHERE IS THE BEST POKER CHICK EVER. TRICHELLE from big brother

Maria Ho is a very good player and attends constantly high, and I remember her hand where it laid down a set of 10 at the WSOP in the Czech town of Divorces and that’s a lot of pack and I shield it zasluzila to be in the hall of fame.