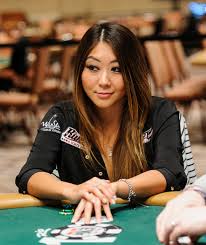 Maria Ho, the American poker player who, until recently, co-commentated on the Heartland Poker Tour, is now the new host of poker documentary.

Given the title: Poker Night: The Tour, the show will focus on everything that happens when the world’s best players aren’t playing poker.

Intent on bringing some color to what can sometimes be a monotone collection of folds, bets and raises, Poker Night: The Tour will “go behind the scenes” and tell the stories that poker fans rarely get to see.

Leading the action and offering something of a qualified insight into the action will be Ho.

A Lighter Look at the Poker World

Having played and partied with many of the top pros in the game for a number of years, Ho will provide the perfect combination of presentation and experience.

Helping to add an air of professionalism to the mix will be Live at the Bike commentator, David Tuchman.

Together the pair will take viewers on a journey through the parts of the poker industry that are often overlooked by other TV shows when they visit a poker destination.

The first episode will be filmed in August at the Empire State Hold’em Championship inside the Turning Stone Resort.

Instead of focusing on the action at the felt, presenters will check out the places players go to party, where they gamble and what they do in their down time.

According to the Poker Night: The Tour’s Executive Producer, Dustin Iannotti, the show is the result of his fascination with the industry’s off-the-felt antics.

Despite being a part of the industry the best part of a decade, Iannotti is still intrigued by how professional poker players live their lives.

“Players sometimes win or lose the equivalent of a house at a poker table and then go hang out together. It’s bizarre. We need a show that focuses on bringing these characters and stories to life while the cameras are rolling,” said Iannotti.

For those with good memories, Iannotti’s name will be familiar. Before embarking on his latest project, the American content creator was in charge of marketing at Ultimate Poker.

Despite launching a number of initiatives, Iannotti was unable to help the site stay afloat and it, ultimately, closed its virtual doors in both New Jersey and Nevada last year.

As yet, Poker Night: The Tour doesn’t have an air date, but Iannotti has stated that it will likely hit US screens in 2016.

As well as being one of the more eloquent poker players in the game, Maria Ho has also enjoyed a fair amount of success at the felt. A 38th place finish in the 2007 WSOP Main Event gave Ho her first six-figure score ($237,865) and since then she’s gone on to enjoy a number of career highs.

Most notable is her 2nd place finish in the 2011 $5,000 No Limit Hold’em event where she took home $540,020 after losing out to Allen Bari heads-up. Today, Ho has almost $1.7 million in tournament earnings but has yet to clinch a major title.