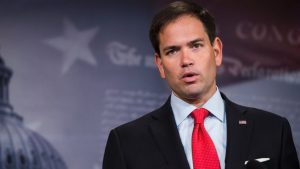 In the past, Rubio has strongly opposed iGaming and supported passage of RAWA, the bill that would once again make online gaming a crime in all 50 states. His comments in South Carolina show he is sticking to his guns when it comes to online gambling.

“That problem with that, I’m very concerned about expanding gaming online … what I don’t want to see is Internet casinos, because I have seen gambling addiction ruin families, I have seen gambling expansion ruin people’s lives,” Rubio said in response to a South Carolina voter’s question on the topic.

Rubio’s words won’t sit well with avid blackjack and slot machine players, but he hasn’t completely ruled out the possibility of supporting an online poker carve-out. Last October, Rubio acknowledged the presence of skill in poker.

“On the issue of Internet poker, the only difference between the poker games and the others is that it involves an element of skill associated with and compared with just a slot machine online. So that’s the one area that distinguishes it a little bit,” he said at that time.

At the aforementioned South Carolina town hall gathering, the presidential candidate echoed his previous statement on Internet poker, saying he wants “responsible regulation of online gaming” instead of, as he suggests, the current “Wild West” approach, which allows each state to choose.

“I’m very concerned about expansion of gaming in a way that reaches people beyond games of skill, so that’s what I’m open on,” he also said, leaving wiggle room for support of online poker carve outs down the line as well.

Sheldon Adelson, casino mogul and Republican lobbyist, has yet to officially announce his support for any presidential candidate. However, his newspaper has announced it will back Marco Rubio in the Nevada GOP caucuses.

The Las Vegas Review-Journal (LVRJ) recently published an editorial on why the Adelson-owned newspaper is backing Rubio. None of the reasons mentioned had anything to do with online gambling, and the article stated that “the Adelson’s have detached themselves from our endorsement process.”

Adelson is the strongest supporter of the Restoration of America’s Wire Act (RAWA), a bill that would ban most forms of online gambling in the United States. Rubio supports Adelson’s bill, which is one reason many experts believe he will get Adelson’s backing eventually.

However, when Rubio first mentioned he might favor a RAWA poker carve-out in October, the pro-poker comments didn’t go over well with Adelson. Most anticipated he would refrain from making comments supporting any form of online gambling in the future.

But the senator reiterated that the skill factor in poker could put it in a separate category from other online gambling issues, a stance that will not go down well with the Las Vegas Sands Corporation CEO Adelson, who is anti-online in all its facets. It might even put potential support from Adelson at risk.

South Carolina is an important state for the Rubio campaign, and getting backed by Adelson would help his chances of earning the Republican nomination. Sitting behind Donald Trump and Ted Cruz in the polls, Rubio needs a strong showing in the Palmetto State.

Thankfully, I live in Canada, so this doesn’t concern me. But I do hope that for all you Americans that you guys can eventually get all this shit sorted out and play online with no worries. On the bright side, Rubio has like zero chance of being President.

Thank you for for this post. Now, I know who I am “not” going to vote for.