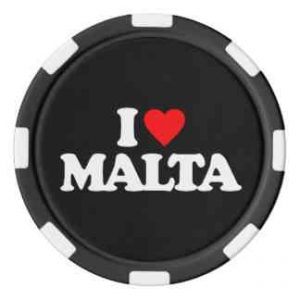 Malta online poker represents just one percent of the small country’s Internet gaming revenues, which may be increasingly reflective of the global market. (Image: zazzle.com)

Malta online poker has become the red-headed stepchild of the small country’s Internet gaming revenues. The Maltese regulator announced this week that just one percent of its entire online gaming revenue is now derived from poker operations.

That’s an unsettling figure, because Malta is the largest online gambling jurisdiction in the world. With the highest number of licensees (some 474), its numbers are an accurate reflection of the global online gambling market as a whole.

It’s not just that the online poker vertical is in decline, of course (the market has witnessed a steady download revenue trajectory since around 2011), but also that casino and sports betting are up, and are dwarfing the poker percentages.

This means that operators are far less willing to invest in poker when the real money is to be made in other gaming offerings. And even more so at a time when tightened regulatory controls and taxation across the world are continually squeezing profit margins.

It’s little wonder that Amaya is rolling out casino and sports betting on its PokerStars client, while the site’s long-standing customers complain they are being neglected by curtailment of VIP rewards.

Having introduced sports betting to PokerStars last year, Amaya is now soon due to launch its new sports standalone betting brand, BetStars, backed by a big-money ad campaign. Meanwhile, the rebalancing of its rewards system to favor recreational players has garnered criticism, and boycotts, from at least some segments of the online poker community.

In its interim performance report for the period January to June 2015, the Malta Gaming Authority (MGA) said that 50 percent of revenue was generated by casino gaming, and 34 percent by sports betting.

The MGA itself may even be feeling threatened by increasing regulation around the world. The point of consumption tax in the UK, for example, has introduced a 15 percent duty on all operators wishing to engage with the British market, all of whom must also be licensed and regulated in the UK. Previously, they were free to target the highly lucrative UK market from Malta, which offered them far more favorable tax rates.

This has led to the online gambling hub exploring new options. There was talk this month, for instance, that MGA would look to recognize Bitcoin as an acceptable transaction currency for its licensees this year, although the regulator has not confirmed this directly.

But despite the competition from new regulatory jurisdictions, MGA reported that the number of its licensees actually grew by 14.5 percent in the first half of 2015.

Those figures reflect a buoyant online gambling market, albeit one that is threatening to leave online poker in the dust.