Mad Marty Wilson Passes but His Legendary Stories Live On

UK poker icon Mad Marty Wilson has passed away after a six-month battle with cancer, leaving behind a legacy of memorable moments both on and off the felt. 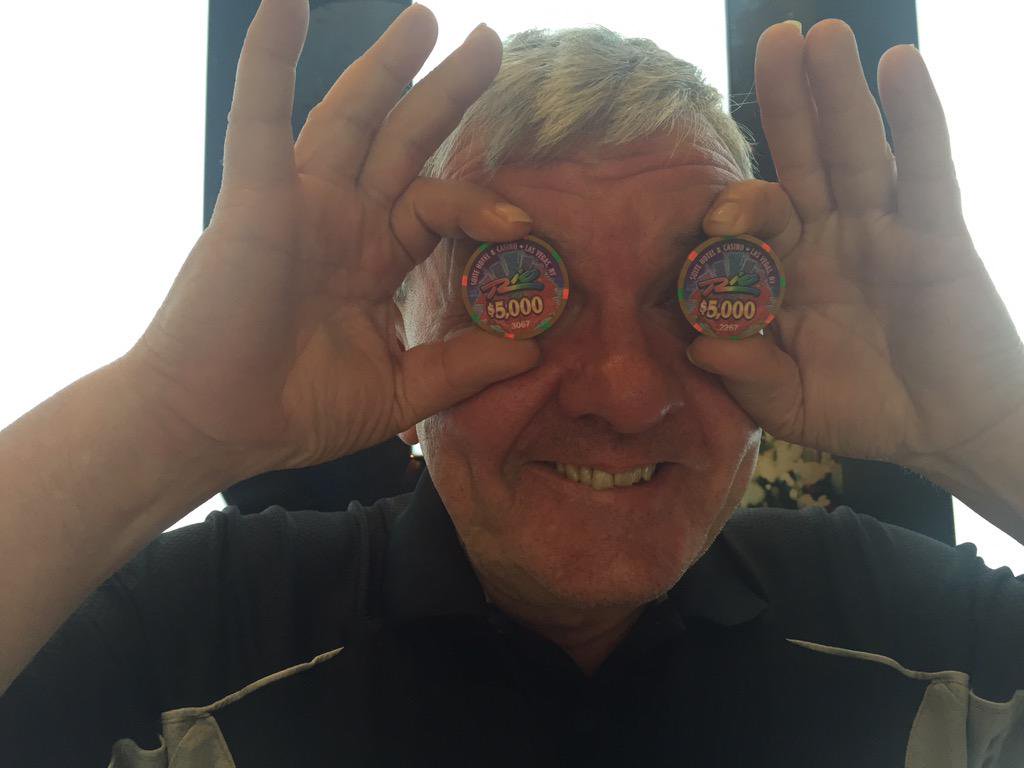 News of Wilson’s passing came on July 27 via one of his closest friends in poker.

Simon Trumper was one of the first to tweet the news, informing the community that the “legend” has died “peacefully” in his sleep on July 26.

As Trumper’s tweet reverberated around the social sphere, many of the game’s famous faces paid tribute to the mad one.

It is with great sadness that I write that Marty Wilson, my friend and of many at DTD, poker legend, tournament director, host of the Grand Prix Poker stadium tour, passed away peacefully last night. On behalf of Dusk Till Dawn our condolences to Marty's family and friends. R.I P pic.twitter.com/xXJUcR5oeM

Sad,sad https://t.co/5OeftLLn4n lost one of its greatest characters 'Mad' Marty Wilson last nite.The lovely Katherine was at his https://t.co/hLGUT5sLsL say he was one of a kind is a huge understatement .I miss him already @Mike_partypoker @ScurrilousMay @LittleDog78 @tom_waters

Marty Wilson was unquestionably the most beloved character in UK poker. Quick witted, kind hearted, hilarious, exuberant and forever young.
None of my many great memories of him have anything much to do with poker.
My thoughts are with Kathrine and all his family and friends. https://t.co/Nud8t3Jb7f

Wilson was diagnosed with cancer back in February. After falling ill during a trip to Thailand, local doctors kept him in for tests.

It emerged that the man from Wolverhampton had pancreatic cancer. He was kept in hospital before being cleared to return home where doctors attempted to operate.

However, an infection prevented that happening. Eventually, the former player and tournament director was given chemotherapy and, true to form, he was laughing and joking about it.

“The coin flip is on. After long delay due to infection, chemo started today. I’m gonna smash this,” Wilson tweeted on February 18.

Two months later, Irish poker pro Mick McCloskey set up a fundraiser on Facebook. Aiming to help collect money for the cost of Wilson’s treatment, the community rallied and donated more than £11,400/$14,000.

Despite the best efforts of the community and doctors, the Brit lost his battle to cancer aged 62. However, even after his passing, the legend of Marty Wilson will live on.

For those who were around during the poker boom, Wilson was a TV favorite. Often battling against another fallen legend, Dave Ulliott, for the title of funniest man at the table, he always made an impression.

Alongside a career that saw him amass $451,429 in live earnings, Wilson became a tournament director. Often helping shape what we saw in TV tournaments, the affable character was loved by players, executives and viewers.

Rest in peace ‘Mad’ Marty Wilson. Responsible for a lot of our success in poker. Funny, loyal, crazy he would always light up the room with his stories and energy. Thoughts with Katherine and the family x

Aside from his poker talents, Wilson was a born orator. Often holding court at the felt as well as away from it, he could, as the British say, spin a yarn.

In fact, it was his many stories that earned him the name Mad Marty Wilson.

According to folklore, Marty was given the moniker “mad” by a local newspaper after leaping into a bear pit. As the story goes, a young Wilson was being chased by a gang of fans from a rival soccer team.

Fearing capture, he jumped into the polar bear enclosure at Dudley Zoo. Avoiding a fatal slip on the ice, he made his way out the other side, through the llama cage and off into the night.

Suffice to say, Wilson escaped capture and became known as the local daredevil.

This knack for doing the unthinkable would follow Wilson for the rest of his life.

From crazy prop bets such as wagering $10,000 he could drink 20 pints of Guinness in one hour to making an opponent fold even without any chips, the UK legend always had a story to tell.

While he was certainly a unique character, many would say there was a touch of Amarillo Slim about Marty Wilson. For poker fans in Europe and beyond, he’ll certainly be remembered as fondly and as someone that raised a smile wherever he went.