25-year-old Minnesotan Jason Funke, who finished 490th in the 2017 WSOP Main Event for $24,867, has been identified as the naked man who was ultimately shot by police in the arm on August 5 after a bizarre interchange at a Las Vegas-area church. 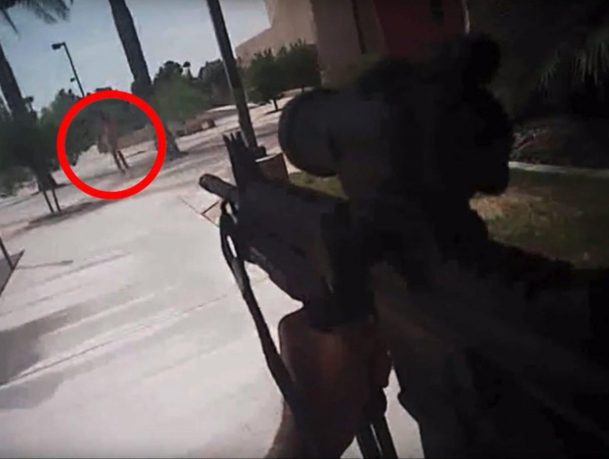 Police released a video of the incident on August 8, but the man shot was only identified late last week as Funke.

In that two-minute video (see below), which was captured outside Life Springs Christian Church on E. Warm Springs Road, Funke stood in the middle of a courtyard outside the church with a gun in his hand, completely naked.

Officers, aware the man had a weapon, kept their distance while shouting at him until he dropped the gun, put his hands over his head, and proceeded to walk away from the firearm. But after attempting to take him into custody, Funke took off running, getting to within 8 yards of the gun he’d formerly released, leading a cop to shoot him in the shoulder from a distance.

Funke hit the ground and was immediately arrested.

According to the police report, Funke was sitting naked outside the church when he was approached by an employee, Kevin Mosher, who had met the poker player in the past, along with an unnamed church elder. Funke had reportedly previously donated money to Life Springs, which lists itself as a “multi-cultural, outreach oriented, grace oriented, Bible-based church” on its website.

“Funke was suicidal and told Mosher that he had been using LSD, marijuana and alcohol. A couple of days prior, when Mosher saw Funke, he stated he felt better and was okay,” the arrest report noted, according to a story in the Las Vegas Review-Journal.

Church employees told police Funke was meditating naked. According to the report, young children were inside the building during the incident.

He was arrested and detained at the Clark County Detention Center and has been charged with one count each for possession of a dangerous weapon at a school or child care property, and indecent exposure. He has since been released from custody while awaiting trial.

The Main Event WSOP cash was his third of the summer at the World Series.

Officer Involved in Controversial Tactics Before

Meanwhile, the officer who shot Funke has been identified as 42-year-old Mark Hatten, who’s been with Las Vegas Metro for a decade. Hatten was placed on paid leave after the shooting, but according to another R-J report, this was not his first such involvement with a citizen, and the last time, it had deadly consequences.

Hatten had used a stun gun on Anthony Jones back in December of 2010, and Jones later died at the hospital. His death was attributed to a combination of drugs, alcohol, and what was later determined to be the effects of Hatten’s 10 stun gun firings, along with another officer’s, who had fired his twice.

Jones’ death was instrumental in Metro changing its stun gun use policies.

that happens in states if u want take a gun. don’t use drugs…..