If the British Poker Open becomes a major poker series down the road, Luc Greenwood will be the answer to a trivia question. The Canadian took down Event #1 – £10,000 No Limit Hold’em, for £119,600, besting a small field of 26 players. 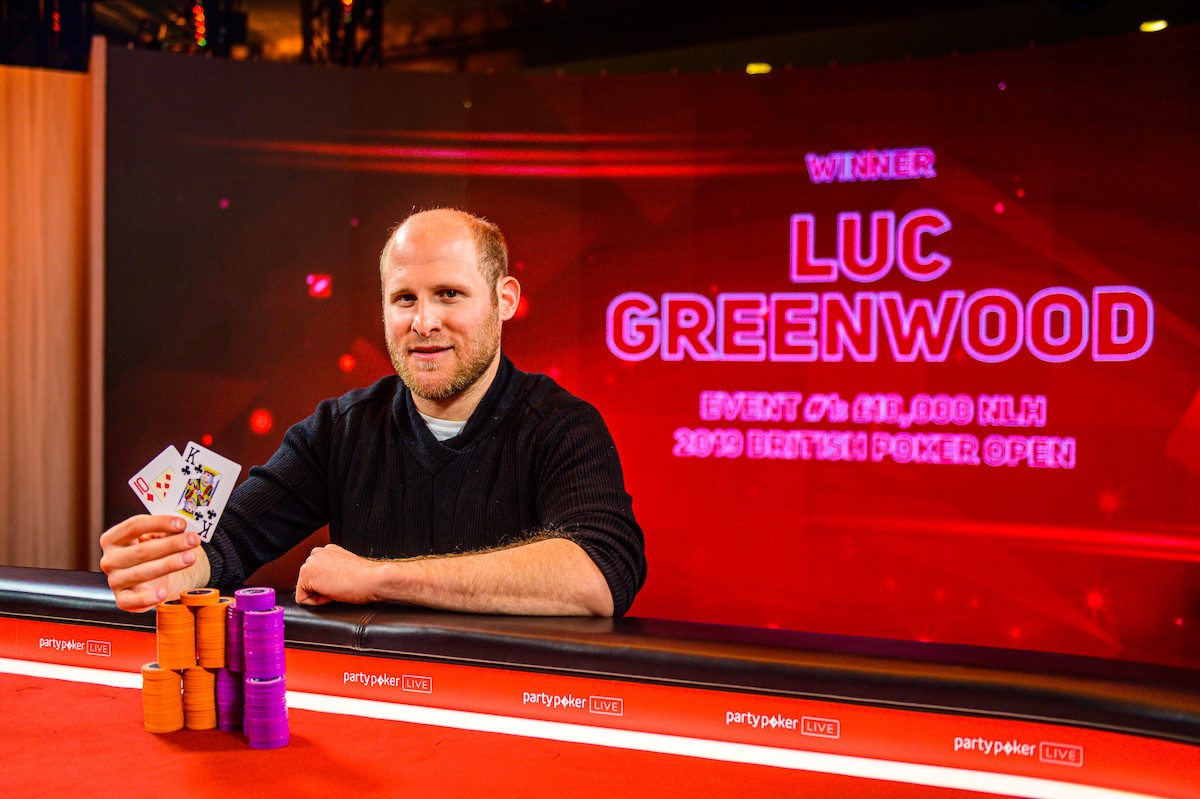 Greenwood is the brother of fellow high stakes great Sam Greenwood. The Canadian brothers who look like identical twins have a combined $24 million in lifetime live tournament cashes. Granted, Sam is responsible for $20.2 million of those cashes. But his brother, the recent British Poker Open champion, is a talented player as well.

Luc Greenwood Can Also Compete With the Best

Sam Greenwood is well-known on the high roller circuit as one of the best players in the world. But his bro, Luc Greenwood, is certainly no slouch on the felt. He proved that take correct again on Tuesday when he became the first British Poker Open tournament champion.

Luc took down Event #1 – £10,000 No Limit Hold’em, for £119,600 in London, England. Greenwood outlasted a field of just 26 entries,. But even though the field was small, he beat some of the best players in the world such as Stephen Chidwick, 2018 GPI Player of the Year Alex Foxen, and runner-up Steve O’Dwyer.

Greenwood got a bit lucky at the final table, however. He first won a race with King-Queen against Robert Flink’s deuces to bust Flink in third place (£41,600). And then to finish off heads-up play against O’Dwyer, he cracked pocket 10’s with King-10 when a King landed on the turn.

The British Poker Open is just getting started in London. Luc Greenwood took down the first event but there are nine additional tournaments to be played over the next couple of weeks including Event #2 – £10,000 Pot Limit Omaha, which was down to the final 13 out of 30 players at the time of publishing.

Luc Greenwood and his brother Sam Greenwood are both still in action. Sam Soverel held a sizable chip lead with 13 players left. Both Greenwood’s were near the bottom of the pack. Payouts weren’t yet available as registration remained open.

Luc Greenwood is the first champion of the British Poker Open tournament. Good for this Canadian and for this tournament that can become an important series of poker in the future.