Lon McEachern, a Stones Gambling Hall ambassador, disputes the casino is culpable in the Mike Postle alleged cheating scandal. The ESPN commentator is receiving backlash from the poker community for his defensive comments on Twitter. 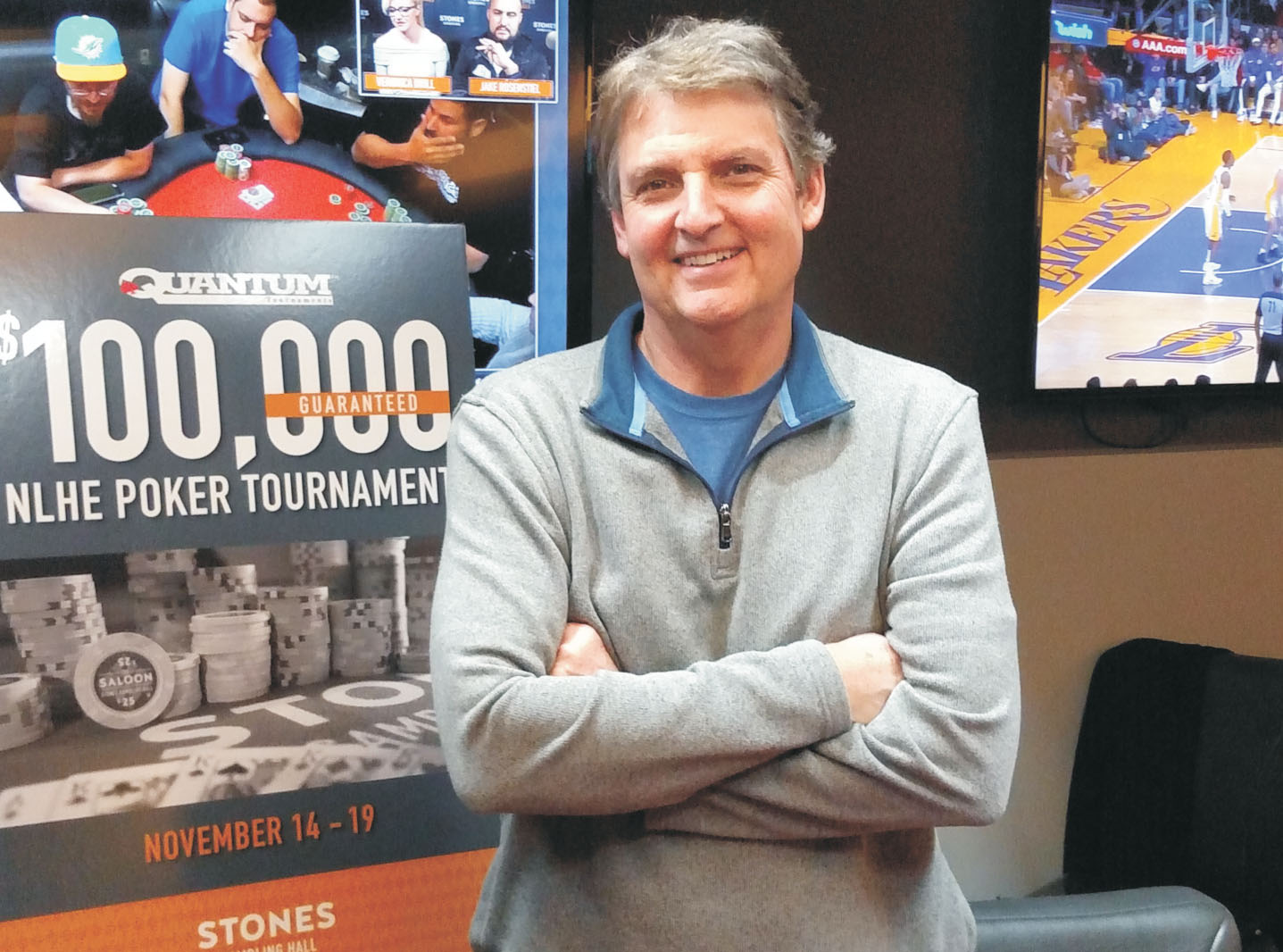 Lon McEachern hasn’t caused much drama on Poker Twitter over the years — until now. (Image: thecardroom-norcal.com)

Like many arguments on social media, this one initially began due to a political disagreement. And then it spun off into a dispute over which parties are responsible for Postlegate.

For those who haven’t followed the case, Mike Postle is (or was) a poker pro at Stones Gambling Hall in NorCal. In late September, Veronica Brill accused her fellow poker player of cheating during “Stones Live” streams. The poker community then conducted its own investigation, and the majority determined he used some sort of electronic device to decipher his opponent’s hole cards, which in turn helped him win hundreds of thousands of dollars.

Postle and the casino have both strongly denied the charges and legally, he remains innocent until proven otherwise in a court of law. In the meantime, Postle and Stones Gambling Hall are facing a multi-million-dollar lawsuit for allegedly cheating during numerous sessions. McEachern, on Twitter, disagrees that the casino is responsible for cheating between players at a poker table. He also isn’t convinced there is enough evidence of Postle cheating. Or, at least, he refuses to acknowledge guilt publicly.

Is McEachern in Denial?

As a Stones Gambling Hall ambassador and ESPN commentator, McEachern has a reputation to uphold. As we do here at CardsChat News when it comes to the Postle scandal, it would be unprofessional to claim Postle’s guilt has been proven. That’s what the court of law is to determine. Until that day comes, we use words like “alleged” in reference to this case.

The long-time poker announcer has a similar responsibility given his role in media. But that didn’t stop the poker community from piling on him over some defensive posts. The argument began with this non-Postle related political tweet.

Sorry Erik, the buck stops with Orangelocks. He must take the hit. The China ban was not enough. He did not understand what could happen. Others did and he chose not to accept the data. https://t.co/ZiM5fMdDDe

A former tech employee, according to Veronica Brill, then hit back at McEachern. But his response wasn’t to defend President Trump.

Brill then defended the former Stones employee. She accused McEachern of sending her a “nasty message and refused to be my friend after I went public” with the Postle accusations. The ESPN commentator disputed the claim that he sent Brill a nasty message. He instead said he sent her a message suggesting she outright name the player when she made the accusations in September.

Brill didn’t initially mention Postle’s name in her infamous September post. But it took the poker community only minutes to figure it out. She refused to release the message in question publicly.

Who is Responsible for Alleged Cheating Scandal?

Is Postle guilty? If he is, does the casino deserve to share some of the responsibility? Those questions may soon be answered in a court of law. But most on Poker Twitter have answered “yes” to both questions. McEachern, however, isn’t so sure on either front.

“If you have evidence of blatant cheating by Stones, let me know. But, in reality show me a casino where cheating has NOT taken place. Do you blame the house?” he asked in a tweet.

He did, however, admit that “it looks very bad,” but also said he is no expert in casino cheating, and is “just waiting for the legal process to play out.” The ESPN poker voice then said he isn’t defending cheaters.

CardsChat ambassador Ryan Laplante chimed in with his two cents. He was highly critical of the poker announcer, to say the least.

You are denying it happened, then stating if it did happen either:

It was partially the victims fault for not escalating it.

This is both gaslighting and defence of cheating.

McEachern then defended his Postlegate comments in response to Laplante’s statement.

“Thanks for that Ryan. Look, I am not a spokesperson for anyone but me. I do know what actually happened. I do not have any inside info,” he wrote.

“Not a good look,” and “stop defending cheaters” were among the comments thrown at McEachern on Twitter. Few defended the ESPN employee.

Such a terrible take, glad people’s true colours come out so we can disregard them. Glad you side with the cheaters, maybe you got paid “almost enough”

Lon are you actually blaming the victims? This is getting into really gross territory.

This is deflecting and obfuscating. The problem is not if you were baited into the argument, the problem are the specific things you said once there. What you said is problematic for all the reasons pointed out by others. Also, that is how you talk to your friends?

McEachern hasn’t taken it on the chin during many Poker Twitter feuds. But on this day, the long-time broadcaster sure did.

He is literally a paid shill of Stones … yikes

There is no smoke without fire. Strange things happened! Let’s look at the decisions of justice.