'Live at the Bike' Returning as Indoor Poker Back in LA
April 17, 2021 Tournaments & Cash Games

The popular, live-streamed cash game show, Live at the Bike, a staple in the Los Angeles poker scene, returns to action on April 20. Play begins at 4 pm PT on Tuesday, with a $50/$100 No-Limit Hold’em game with a $10,000 minimum buy-in at Southern California’s famous Bicycle Casino. 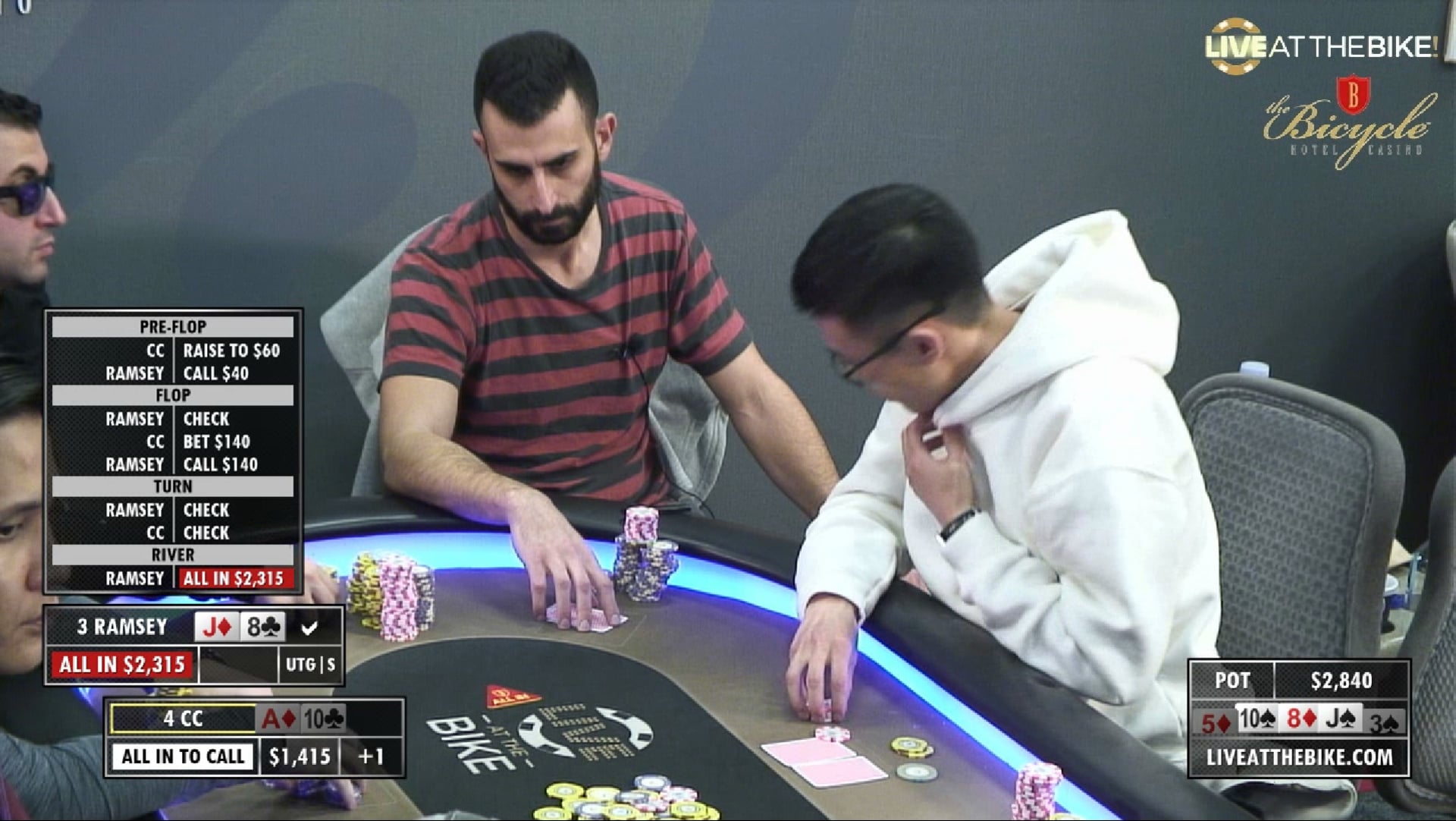 “Live at the Bike” is finally back in action. (Image: YouTube)

The same game will run again — at the same time — on Friday, April 23. Live at the Bike is one of the longest-standing live-streamed poker shows in the world.

The return of the popular cash game show is just one sign that the Los Angeles poker scene is back in business. For most of the past 13 months, LA-area card rooms were closed or operating outdoors due to COVID-19. But the city has finally permitted the poker rooms to return to action indoors, and poker players in the area are glad to be back.

Popular poker show back in action

Prior to the pandemic, Live at the Bike ran Monday to Friday each week, with the biggest games typically saved for the Friday session. The show featured many prominent poker players over the years, and made other players, such as Garrett Adelstein — one of the top high-stakes pros in Southern California — into household names.

Adelstein is one of the legendary players on the show. He’s pulled off some incredible bluffs and won numerous five and six-figure pots.

One beloved player who, unfortunately, won’t return to Live at the Bike is “Uncle Abe.” He passed away earlier this month after battling health conditions over the past couple of years. Adelstein gave tribute to his friend on Twitter.

“My recent conversation with his wife was so brutal, with both of us in tears throughout. Abe was one of the most warm, positive, & generous men I’ve ever known. If I’m ever viewed as half the man Abe was, I will know I lived a worthwhile life. I’ll miss you dearly my friend,” Adelstein wrote.

Live at the Bike returned to action with a low-stakes, $5/$5 session with a $50 big blind ante last Friday, but will raise the stakes when high-stakes action airs again starting Tuesday.