Liquidity Sharing in New Jersey Will Have to Wait, Says DGE 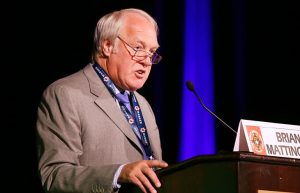 David Rebuck, DGE director says he has been in talks with authorities in Nevada and the UK on the question of player pool-sharing but no deals have been made as yet. (Image: www.pressofatlanticcity.com)

David Rebuck, director of the New Jersey Division of Gaming Enforcement, has played down hopes of imminent player pool-sharing in New Jersey, although it is a goal for the state’s fledgling online poker industry in 2015, he says. In an interview with the Associated Press, Rebuck also said that PokerStars’ application is still being considered and that early 2015 would be the most optimistic assessment of the online poker giant’s possible entrance to the market.

Hopes were raised on the issue of liquidity-sharing by Senator Raymond Lesniak, a long-time proponent of online gambling in New Jersey and architect of the recent legislative push to decriminalize sports betting at the state’s racetracks and casinos. Lesniak excitedly took to Twitter in mid-September to reveal that PokerStars’ reintroduction to New Jersey was a matter of “weeks not months.”

“@PokerStars launch will spark an AC revival. Stay tuned for a major announcement…” he tweeted.

When pressed by a Twitter follower on the question of pool-sharing with other US states, and, even more significantly, Europe, which many see as a vital means of invigorating and sustaining the market, Lesniak responded “soon, stay tuned for that also.” It would not be a question of state compacts but of countries, he assured.

Since then, silence from Lesniak, except for a tweet in late October that seemed to indicate that Governor Christie was stalling the process. “Won’t move without Christie OK,” he said. And then:

This prompted speculation that the process may be delayed because Christie is courting Sheldon Adelson, who is vehemently opposed to online gambling regulation, for backing and campaign contributions for a possible run as the 2016 Presidential Nomination. However, it should be pointed out that Christie would have no power to veto PokerStars’ application once it’s approved by the DGE.

Pool-sharing Talks with Nevada and UK

It’s encouraging, then, that Rebuck seems to imply that PokerStars entrance is still likely to happen, just not this year. And it’s encouraging still that the DGE chief is focused on the issue of pool-sharing as a major goal for 2015, a feat that would be much easier to achieve with PokerStars in the mix. Rebuck told the Associated Press that he had been in discussion with authorities in Nevada and the United Kingdom on the subject but nothing concrete had been decided.

Sharing liquidity with other states and nation states is invaluable to the New Jersey market; it would provide a wider variety of ring games and big multi-table tournaments with massive prize pools, and that in turn would attract more and more players, promoting a healthy player ecology, driving the market forward.

“We’ve had some victories and we’ve had some losses,” said Rebuck, when asked to evaluate the performance of the New Jersey online gambling industry during its first year. “From a regulatory standpoint, it’s working really well, without any catastrophes, meltdowns or scandals. On the negative side, it was projected to be a much stronger financial performer.”

He does, however, in the short interview conducted this week with the Associated Press, offer enough reasons for online poker players in New Jersey to be cautiously optimistic for the coming year.