Regulators in France, Spain, and Portugal released a statement on Monday to announce that they were pleased with how shared player liquidity is helping the online poker markets in their countries one year after the first multinational games went live in Europe. 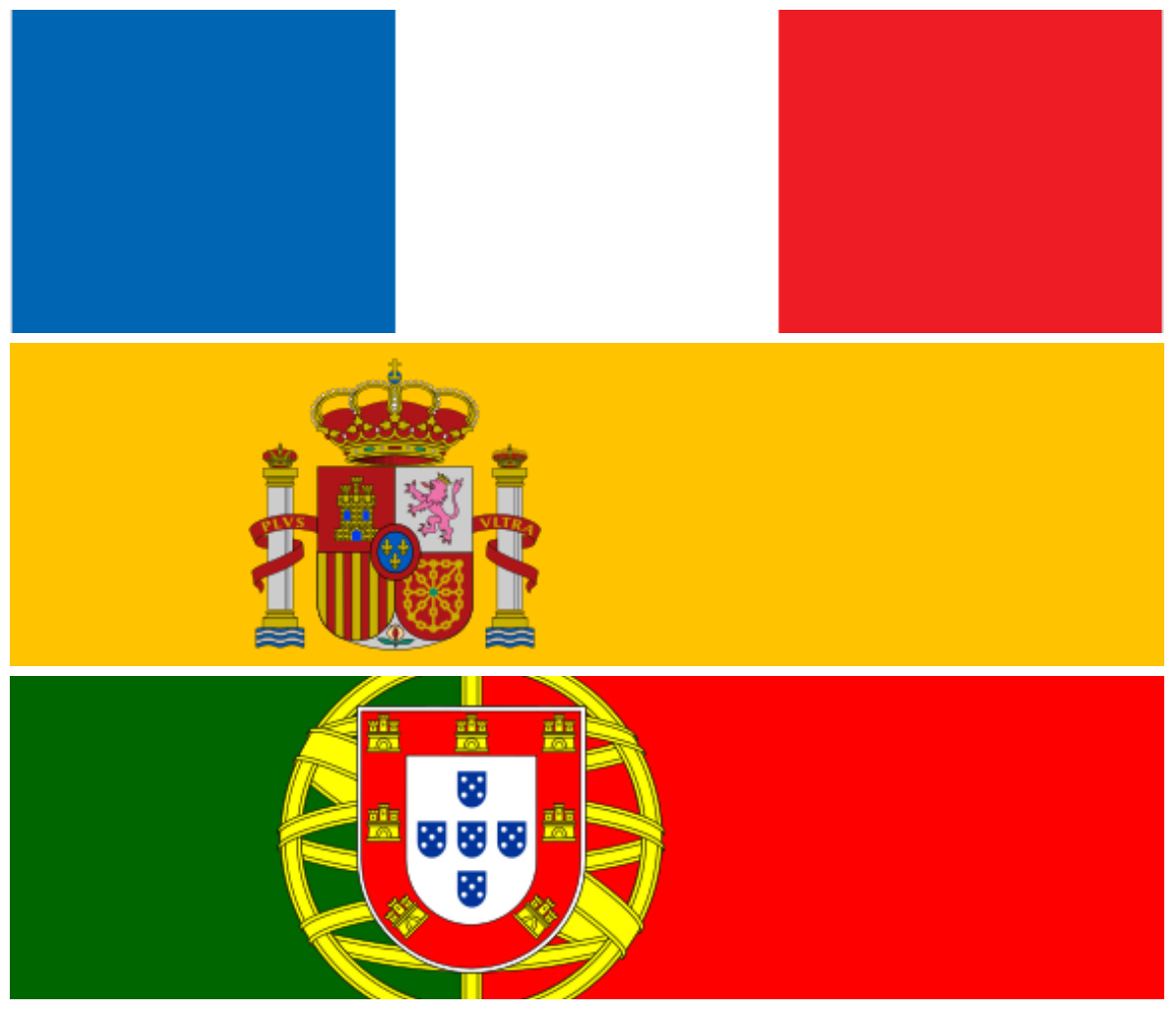 Regulators in France, Spain, and Portugal say they are generally pleased with shared liquidity in their online poker markets. (Images: Flagpedia.net)

The statement noted that authorities from the regulatory bodies of all three nations would be presenting information on the performance of the online poker markets at the International Casino Expo (ICE) in London on Feb. 4.

The statement didn’t disclose any specific market figures, saying that those would be discussed at ICE.

“One year after the materialization of the first poker ring accepting players from more than one of the said jurisdictions, the French, Portuguese and Spanish regulatory authorities convey their general satisfaction on the evolution of this new online shared ecosystem,” the statement read.

In particular, regulators noted that player activity had changed in terms of tournament play – something that most observers expected, since the combined pool has been able to draw larger fields, guarantees, and prize funds.

“Since the implementation of the Agreement, participating in shared liquidity tables or tournaments rather than national ones has been the most prominent option among poker players from France, Portugal and Spain,” read the statement.

The statement also addressed concerns that shared liquidity could cause regulatory or safety issues. That hasn’t been the case, with regulators saying that things have gone as smoothly as could be expected.

“Beyond the figures, it is important to state that, until now, there have not been remarkable incidents in implementing a shared liquidity environment in any of the jurisdictions involved,” the statement said. “This suggests that it is possible to implement a shared liquidity ecosystem among jurisdictions with an equivalent level of protection, with the result of enhancing consumer experience without compromising their integrity.”

Shared liquidity had been proposed as a potential improvement for the European online poker marketplace for years, with regulators in France and Spain agreeing to the measure in an attempt to improve sagging revenue numbers in 2017. In January 2018, PokerStars received approval to let both French and Spanish players compete against each other for the first time.

Shared player pools continued to grow throughout the year. In May, Portuguese players were added to the international network. Partypoker and Winamax have each launched shared liquidity sites in the region as well, though those companies only support France and Spain, as PokerStars is the only licensed operator in Portugal.

Italy, Others Welcome to Join the Party

In the statement, the regulatory bodies for online poker in the three countries said that they were willing to work with other European Union or European Economic Area nations who might want to join in on the shared player pools.

The most obvious addition to the current networks would be Italy. While Italian poker sites may be large enough to be sustainable, officials in the country have shown interest in shared liquidity, with the Italian government even conducting technical checks last year to ensure they could merge their player pools with those of their southern European neighbors.

you dont say, so not creating a tiny market that will magically sustain it self is not good? I’ll be damned =)
and in a few years very1 will have a magicall realization that segregated markeв ( as with most markets) is not a good thing and push it a s sweious agenda… *claping hard*
on the possitive side better later than never right? =)
maybe this will set a possitive exampl for other countries

European poker is separated from the rest of the world. Perhaps this benefits the players. And even more so it benefits the economies of these countries, now they can regulate and control taxes. But at the same time, players from European regions leave the international game to their local games. Pokerstars.com becomes a game for Russia and Brazil)))