Lina Niu is the new WPT Ladies Champion after a topsy-turvy final day in which she almost let her chances of a title slip away. 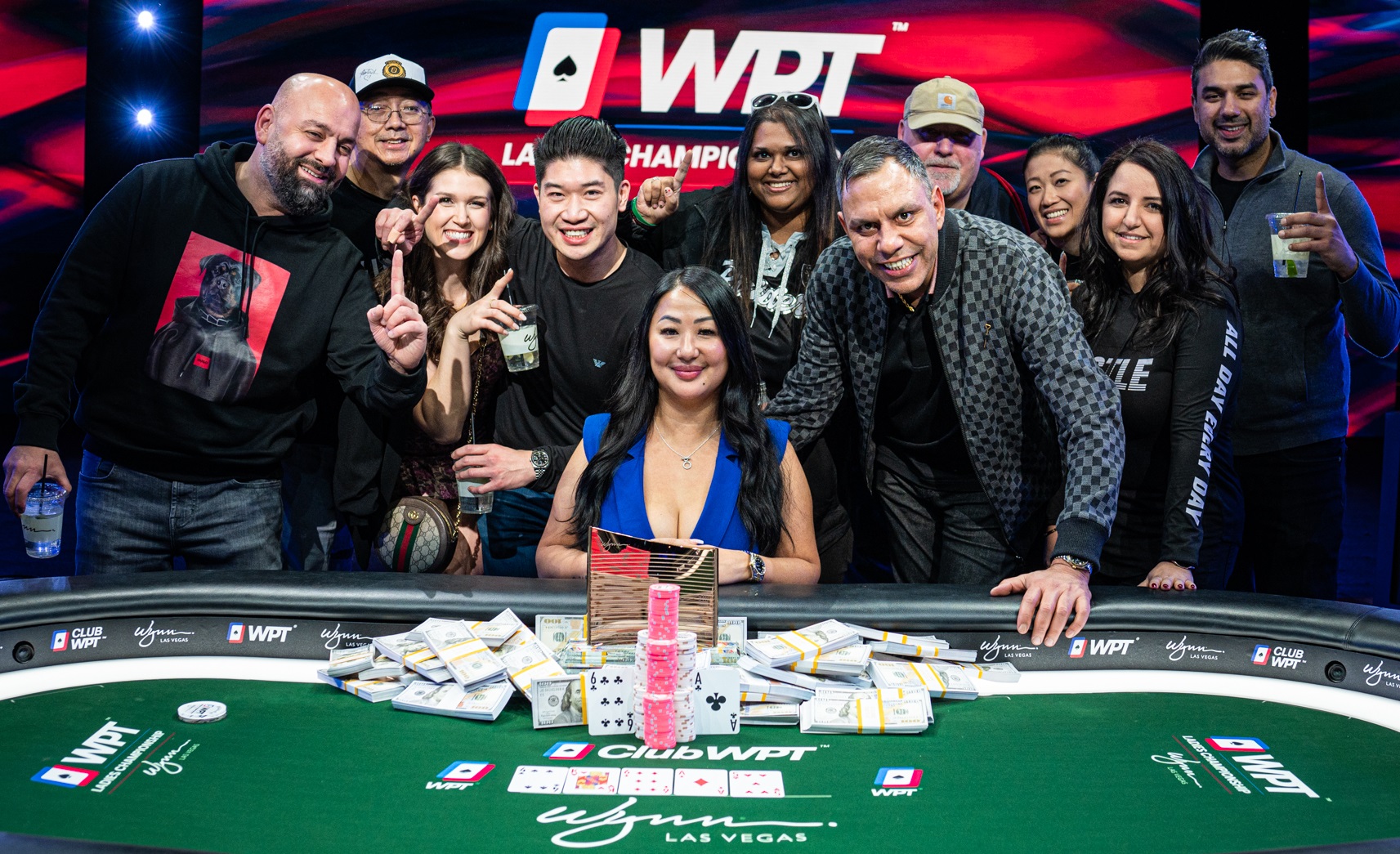 The Canadian came through a field of 578 women to win not just her first WPT title but her first live tournament.

In the end, it was a sweet victory worth $105,136, but Niu was almost left with a bitter taste after losing her chip lead early on at the final table.

The $1,100 WPT Ladies Championship started with the biggest ever guarantee for an all-female event. However, anyone playing the odds would have bet on the $200,000 target being beaten and beaten it was.

When the registration desks had closed, the prizepool was almost 3X higher than expected, which meant 72 players would win a share of $560,660. Niu was one of the 72 who made it into the money through a combination of what she described as luck and skill.

That proved to be a deadly combination as Niu held the chip lead going into Sunday’s final session. But, as she soon discovered, prior form isn’t always enough to win a WPT event.

Six players took to the felt inside the Latour Ballroom at the Wynn and Niu began to feel the pressure early. With only $16,857 in live earnings before the WPT Ladies Championship, winning on the TV stage was always going to be tough. To make matters worse, Niu was up against some of poker’s top players, including Jamie Kerstetter and Kathy Liebert.

Things took another turn when Niu lost her chip lead within the first few orbits. That forced her to play tight and wait for others to make mistakes. Eventually, those around her started to slip and the comeback was on.

Niu gets it done in WPT Ladies Championship

Kerstetter fell in sixth, before Liebert bowed out in fifth. It was at this point Niu began to make her comeback. Dusti Smith had already booked a win in a WPT side event this year and she looked dangerous, as did 2017 EPT Sochi Ladies Champion, Olga Iermolcheva.

However, it was to be Niu’s day. Cindy Spier hit the rail in fourth, leaving the path clear for Niu to make her final run at the title. Smith was next to fall, which meant Niu only had to get through Iermolcheva to win. That, however, wasn’t going to be easy.

Iermolcheva had been in top form all day and dominated in a lot of the big pots. Niu admitted after her victory that she was “worried” about going heads-up with Iermolcheva. She needn’t have been nervous though as a combination of skill, luck, and timing paid dividends.

The final run out saw Iermolcheva get her stack in with pocket nines and Niu call with A♣ 6♣. An ace on the turn was enough to seal the deal and give Niu her biggest win to-date in one of the biggest ladies events in history.