Like it or Not, Chris Ferguson Locks Up WSOP Player of the Year
November 7, 2017 Latest Poker News

Like it or Not, Chris Ferguson Locked Up WSOP Player of the Year in Rozvadov

It really happened. After busting out short of the money in the World Series of Poker Europe’s Main Event, the final WSOP bracelet tournament of 2017, Chris Ferguson officially wrapped up WSOP Player of the Year. His closest competition in that race, John Racener and Ryan Hughes, also busted out of that event without cashing or earning any extra POY points. 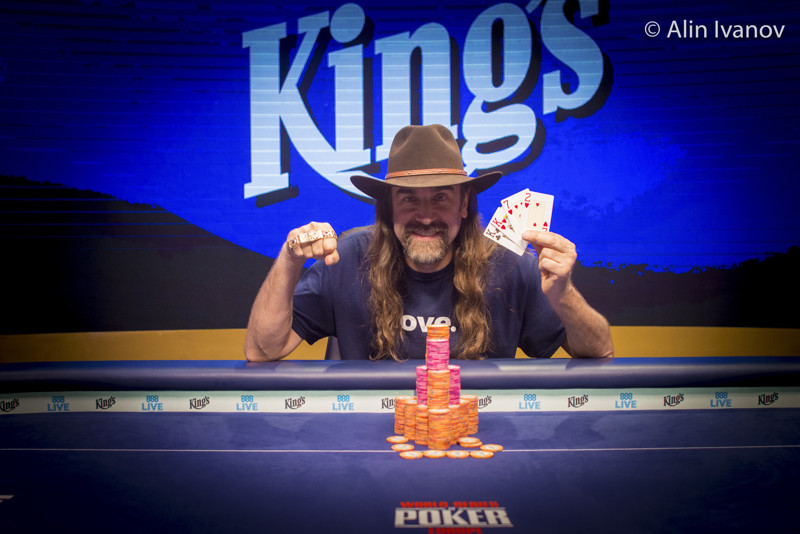 For some, Chris Ferguson’s winning the 2017 WSOP Player of the Year was a real punch in the gutshot, and a middle finger to the poker community. (Image: WSOP)

News of Jesus rising from the poker ash heap may be a tough to swallow for some poker players, especially those who played on Full Tilt Poker in the pre-Black Friday era.

As a former FTP executive and co-owner, Ferguson supposedly received a multimillion-dollar bonus around the time the poker site was shut down by the US Department of Justice in April 2011.

Following Black Friday, poker player account balances weren’t refunded immediately due to a lack of reserve funds available. It took several years for players to receive the balances in their accounts, despite promises from the mismanaged company that their money was safe.

As players saw it, and many still see it, Ferguson (and Howard Lederer) had a responsibility to give back their personal bonuses to the average grinders who helped make them rich, as some of these players relied on that money to live, particularly as the DOJ took away their ability to make additional money when they shut down online poker in the US.

It wasn’t until May 2016, five years after Black Friday, before Lederer issued a formal apology prior to returning to the WSOP for the first time since 2010. But Ferguson still hasn’t apologized, saying only that he has nothing to apologize for, and that the stories about his actions before and after Black Friday are not entirely true.

His refusal to accept blame and apologize has angered many in the poker community, some who seem unwilling to forgive, while others have been more willing to let go of their personal anger and give the once-revered poker pro a chance at redemption.

Love him or hate him, you can’t deny Chris Ferguson’s ability to play poker at a high level. He cashed in 17 events this summer in Las Vegas, setting a single-year record. And then followed it up with six cashes in the 11 WSOP Europe events this past month at King’s Casino in Rozvadov, Czech Republic.

Most were relatively small cashes, taking advantage of a new Player of the Year point system. But one extra-deep run pretty much guaranteed that catching him in the POY race would require a miracle.

Most of his remaining cashes were for small amounts, often a min-cash. Ferguson had a shot to become the first to scoop WSOP POY without winning a bracelet.

Many, including Daniel Negreanu, questioned how the scoring system could allow someone who didn’t win a bracelet to win POY.

But that argument is no longer valid since he finally did win a bracelet. Like it or not, Chris Ferguson, one of the most controversial players in the game, is your 2017 World Series of Poker Player of the Year.

Corruption thumbs it’s nose at the regular player. WSOP is now added to my stand on the NFL. No more watching for me. There is other ‘poker action’ out there not requiring me to support those who cannot accept responsibility for their actions, and in this case, corruption in our competitive sport. Sad day for poker !!

Well yes, at the end of everything he has achieved, for the joy of the questionnaires and annoyance of others, but he has been constant in the collections and up to record of 17 ah achieved. Maybe controversial for his past on the FTP case, but in the poker world We are used to all kinds of drama.