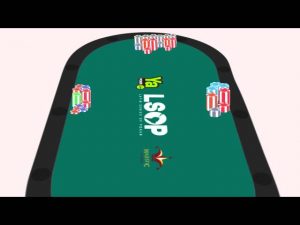 The Latin Series of Poker 2014 kicks off with a $1 million guaranteed event in Panama in March. (Image: LSOP)

The Latin Series of Poker (LSOP) has grown in recent years to become one of the most scenic and exotic among all of the worldwide poker tournaments. This year, the forces behind the event have devised an ingenious method to help facilitate reasonable entry into their $1 million guaranteed tournament that’s happening in Panama this March. The tournament will actually start with a multi-site Day 1 across multiple land-based casinos throughout Latin America. The field will then consolidate and head to Panama for Day 2 through the conclusion of the tournament.

Pulling It All Together

This revolutionary format should help the LSOP meet their guarantee, and will help players plan better for participating in this major tournament. Instead of having to travel to another country and potentially bust on Day 1, players can stay where they are and play local first, saving them some time and expense.

The LSOP Millions will kick off at the Majestic Casino in Panama from March 7 through March 15. However, there will be multiple Day 1s spread across Panama, Costa Rica, Aruba, Columbia, Chile, Peru, and the Dominican Republic. Tournaments have already started, and a total of 48 players have so far made it through Day 1 in their cities to earn a spot in Panama for Day 2.

Still Time to Get In

For those players that missed their country’s Day 1 event and still want to get in, there are still opportunities to win a seat at the Day 1 event in Panama which has yet to start. Online poker sites Americas Cardroom, Black Chip Poker, and Ya Poker are all holding satellite tournaments to the LSOP two times per week. The sponsor sites are hosting a $10+$1 tournament on Wednesdays at 6:45pm EST that guarantees at least one LSOP Millions prize package. Another package can be won on those sites every Friday at 8:45pm EST in their $20+2 tournament.

Each of the prize packages from the three poker sites includes all the items necessary to make it out to Panama and participate in the tournament. For starters, winners will receive a buy-in to the LSOP Millions Main Event, plus a six- night hotel accommodation at the Hard Rock Megapolis Panama, which is a 5-star hotel. Also included is breakfast, a $20 daily bar credit, and access to 24/7 VIP support, as well as an additional $750 cash for travel expenses.

About the Latin Series of Poker

Created to celebrate poker in Latin America, the tournament series has gained international acclaim, thanks lush resort environments, 5-star amenities, and the relatively inexpensive cost of travel. One of the most popular Caribbean poker tournaments is the Punta Cana Poker Classic, as well as the LSOP Peru and LSOP Chile. The Latin Series of Poker has been in business for over 10 years operating and sponsoring online and live events.

Looking forward to play this in Panamá 🙂