The road to the Super Bowl has been set, and the posted playoff odds give the New Orleans Saints and the Kansas City Chiefs the best chance of meeting in the big game in Atlanta on Feb. 3. 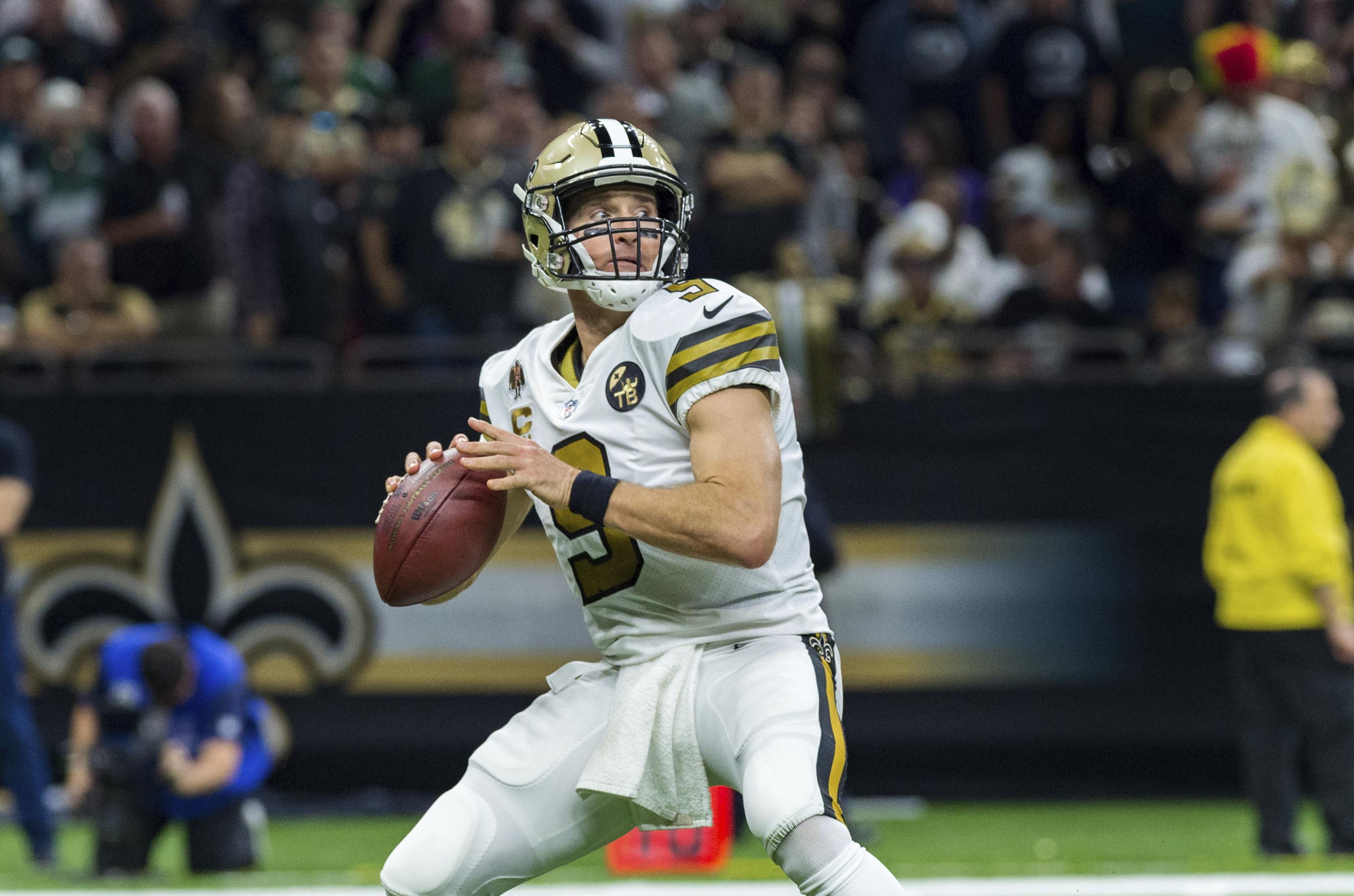 It’s been nine years since Drew Brees and New Orleans have been to the Super Bowl, and oddsmakers believe the Saints are due. (Image: AP)

Those two teams – both of which are the number one seeds in their respective conferences – have been installed as the betting favorites to host the Lombardi trophy, with the Saints (5/2 odds) being given the edge over the Chiefs (9/2).

The next best bets, according to Vegas odds makers, are the high-flying Los Angeles Rams (11/2) and the defending AFC champion New England Patriots (6/1).

The 12-4 Chicago Bears are the only other team being given better than 10/1 odds; they’re currently paying out at 8/1.

If recent history is any indication, you’ll have a hard time winning any bets on any of those lower-ranked teams. The last five Super Bowls have featured nine No. 1 seeds and one No. 2 seed.

However, there are 10 games on tap before we get to the Super Bowl, including the wildcard round set for this weekend.

Vegas is anticipating some tight matchups, with three of the four games featuring spreads of less than three points.

The defending Super Bowl champion Philadelphia Eagles are the weekend’s biggest underdog, as the Chicago Bears have been installed as a 6-point favorite in that matchup in Chicago.

The Eagles may be the unlikeliest of playoff qualifiers – after losing starting quarterback Carson Wentz to injury, they rattled off three straight wins with backup Nick Foles to just barely sneak in.

Other games are projected to be virtual coin flips.

Despite winning two fewer games this season, the Baltimore Ravens will host the LA Chargers on Sunday morning as a 2.5-point favorite.

Indianapolis travels to Houston where they’ll be 1.5-point underdogs. It’ll be the third meeting between these teams this season, with both games being decided by three points.

Meanwhile the Cowboys host the Seahawks as a 1.5-point favorite.

With a total handle of nearly $159 million, last year’s Super Bowl between the Eagles and Patriots set a record for the most money ever bet on an NFL game.

That includes one bettor who apparently put millions on the line supporting the underdog Eagles, who went on to pull off the upset.

However, May’s Supreme Court ruling striking down a federal ban on sports betting could vault NFL betting into a whole new stratosphere.

With a total of eight states having now legalized sports betting in one form or another, it’s almost certain that 2019 will bring a new betting record for the big game.

Altough my Green Bay Packs had a terrible year, I must say I have been watching the Kanas City Cjiefs and they have the momentum to go all the way. The eagles may just surprize everyone with Foles on a role too