The Las Vegas poker scene has drawn some national attention in recent days. Many major media outlets such as the Chicago Tribune and Las Vegas Review-Journal have tackled the issue of a decline in number of poker tables available in Sin City. 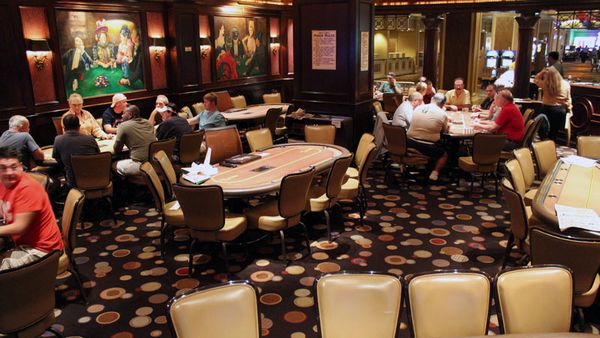 Monte Carlo Resort and Casino is scheduled to close up its poker room next month. Doing so has brought some attention to Las Vegas’ poker decline. But it isn’t as doom and gloom as it may seem.

The Monte Carlo poker room only has eight poker tables. It isn’t among the most popular card rooms in town. Most would consider places such as Aria, Venetian, Wynn, and Bellagio to have the best poker rooms.

But there has been a significant drop in total poker tables across the state of Nevada. In the Silver State, there were 907 poker tables in 2007 during the height of the poker boom. There were 661 at the end of 2016.

When amateur Chris Moneymaker won the 2003 WSOP Main Event, millions of new players became attracted to the game. Poker was booming. Online poker sites were popping up everywhere and, for the first time, poker had gone mainstream.

That popularity carried over to casinos in Nevada and, especially, Las Vegas, the city long considered the best place to play poker in the United States. Poker rooms in Sin City were expanding to meet demand and new rooms were being built.

By 2006, the year Jamie Gold won a record $12 million in the Main Event, poker rooms all over town were jam packed. Getting into a cash game at Bellagio almost always required a long wait. The state of Nevada brought in $168 million in poker revenue the next year, a record that still stands.

Next month, Monte Carlo will become yet another Strip casino to close its poker room. Tropicana did the same a couple years ago. Chances are it won’t be the last.

So, what or who is to blame for the decline in poker rooms and tables in Las Vegas and statewide? The downfall began earlier this decade, shortly after Black Friday in 2011.

With the U.S. online poker market barely breathing, the game’s popularity took a hit. Many poker players began playing live after learning how to play online. There are fewer online pros these days. Poker simply isn’t as mainstream as it was pre-Black Friday. And that’s carried over to the Las Vegas poker rooms. But few poker players in Sin City would agree the game is dead.