Many Las Vegas poker rooms are now being permitted to spread eight-handed games, a sizable increase from the initial four-handed limitations when casinos reopened on June 4. Even better for players, additional card rooms in Southern Nevada continue to reopen each week. 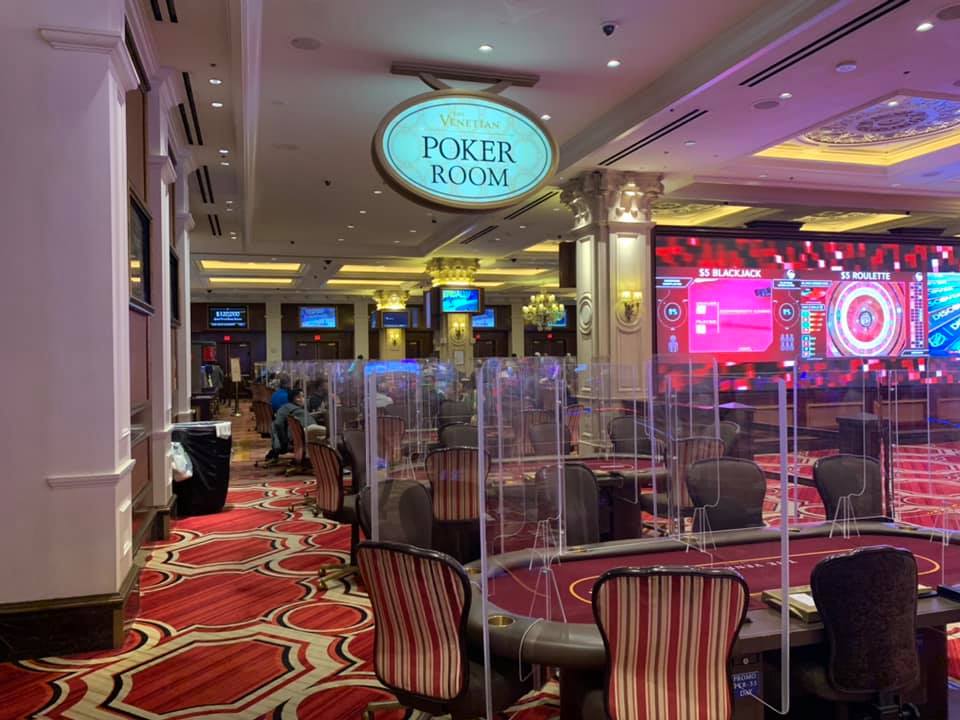 The Nevada Gaming Control Board (NGCB) initially worried that packed tables could lead to the spread of COVID-19. With players right on top of each other, breathing all over each other, the NGCB put in measures to force social distancing in poker rooms. Or, at least, as best as they could.

With mask-wearing in place, the NGCB began allowing card rooms to increase to six-handed play. That led to a spike in attendance and encouraged additional poker rooms to reopen. Now things are again improving for poker players in Las Vegas.

It’s beginning to look a lot like pre-COVID in the Las Vegas poker scene. That might be a bit of a stretch, but the game is certainly back on the rise in Sin City due to an increase in players per table and more open card rooms.

At present, 14 of the 31 poker rooms in town are open, 10 more than players could choose from on reopening weekend in June. And rooms, such as the one at Silver Sevens, are rumored to be on the cusp of reopening. Even better, eight-handed play is starting to become the norm in town.

The Orleans and South Point, both located not far from the Strip, recently installed plexiglass dividers at the poker tables, a measure put in place to appease the NGCB. As such, the NGCB is now permitting those card rooms to spread eight-handed games.

They join Venetian and the three recently reopened Station Casinos card rooms — Santa Fe Station, Boulder Station, and Red Rock Resort — among the Las Vegas poker rooms now spreading eight-handed games. That’s six out of 14 for all of you math majors. Venetian is the only Strip casino with eight-handed games. All of these establishments have plexiglass dividers at the tables.

Some notable Las Vegas poker rooms are still closed, however. The list includes Mirage, The Strat, Rio, and Wynn. No timetable has been set for reopening those card rooms.