The poker boom may be behind us, but Las Vegas remains a popular place to play cards. During the month of February, Sin City’s poker rooms raked in $8.11 million in cash game revenue, more than a 2 percent increase compared to the same month last year, according to the latest financial reports from Nevada gaming regulators. 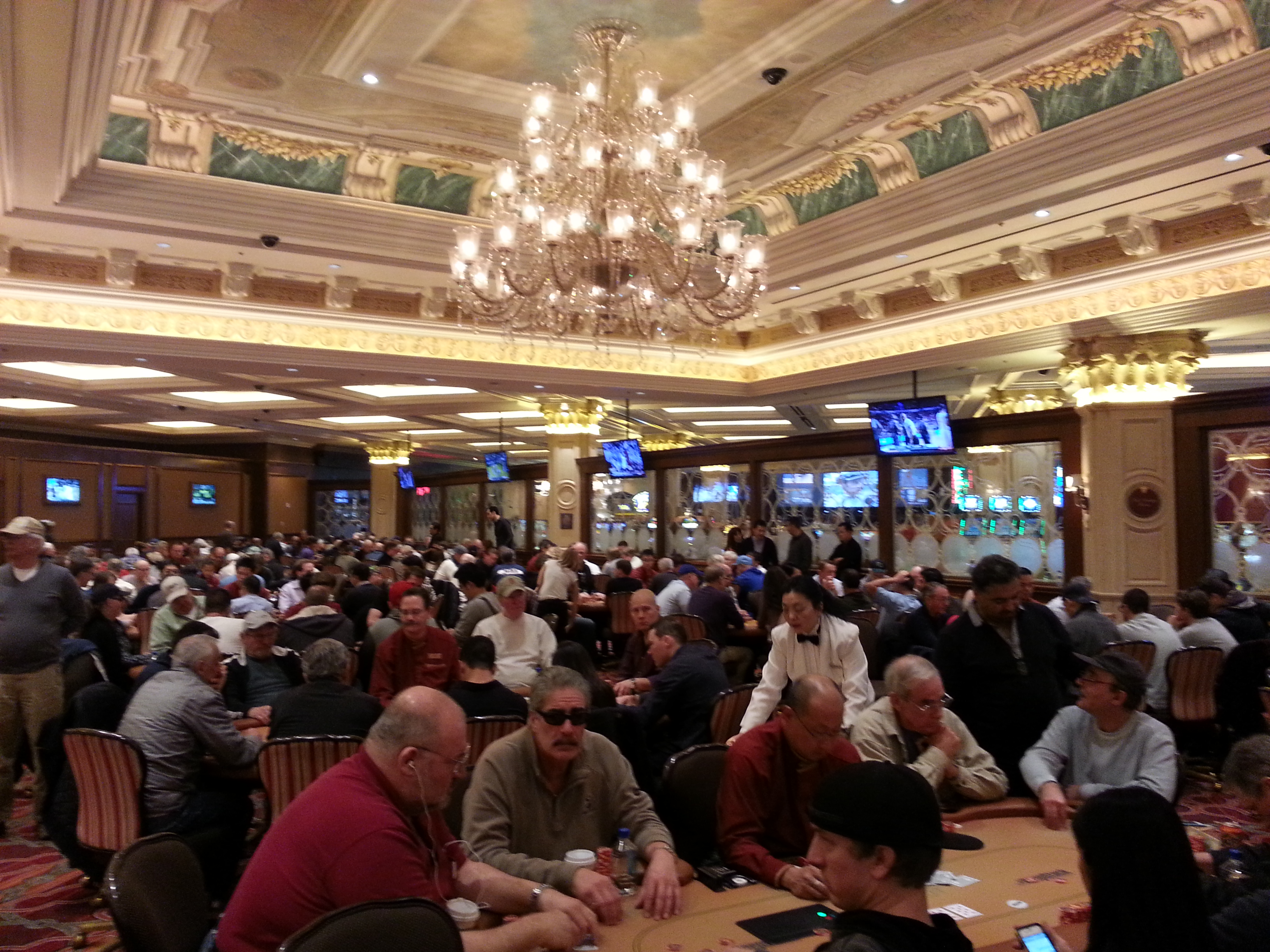 Poker is far from dead in Las Vegas, especially at casinos such as Bellagio. (Image: lasvegastoppicks.com)

Forget what you’ve heard about how poker is dead from the naysayers on social media. Don’t give up the game you love in favor of Bitcoin because Joe Blow Gambler on Twitter said nobody plays poker anymore.

The numbers don’t lie. Poker had a solid year in 2017 throughout Nevada, the state that sets the tone for the poker industry in America, with revenues far exceeding any year pre-Moneymaker effect, and the World Series of Poker Main Event boasting its third largest participation in history.

And now we have some data that supports continued growth of the game into 2018. During the month of February, the city known as the “poker capital of the world,” Las Vegas, brought in $8.11 million from cash games, a 2.1 percent increase compared to February 2017.

Clark County, the largest county in the state which includes Las Vegas, has 39 poker rooms, most of which are in Las Vegas and its suburban city, Henderson.

February hasn’t traditionally been a strong month for the poker industry in Sin City. Outside of the Super Bowl, there aren’t any major activities that bring poker players to town during that month.

Monte Carlo, Tropicana, and many other Las Vegas poker rooms have closed down in recent years. But the overall poker revenue in the city hasn’t decreased. What has happened, instead, is the remaining card rooms are getting busier as the players from the closed rooms are now playing elsewhere.

That statement holds true for the entire state. There are fewer poker tables in Nevada now than in 2010, a year prior to the Black Friday online poker scandal, but the value of each table is higher these days.

What Happens in Vegas

The Las Vegas Strip accounts for a majority of the poker revenue in any month and year, especially during the summer when the WSOP is in town.

The Strip area’s 18 poker rooms, which includes world-renowned casinos such as Bellagio and Venetian, brought in $5.62 million in cash game revenue in February, good for 69 percent of Nevada’s poker pot.

If someone tells you poker is dead, send them on a plane to Las Vegas and they’ll change their mind.

That is a lot of revenue made from decks of cards.
I don’t think I will visit vegas in a near future but it look a very nice place to play poker 🙂