Las Vegas poker pro John Kim is one of many Americans who has been exposed to the novel coronavirus. His younger brother recently tested positive and he now nervously awaits his own test results. In the meantime, the 46-year-old gambler hopes everyone understands the severity of this potentially deadly virus. 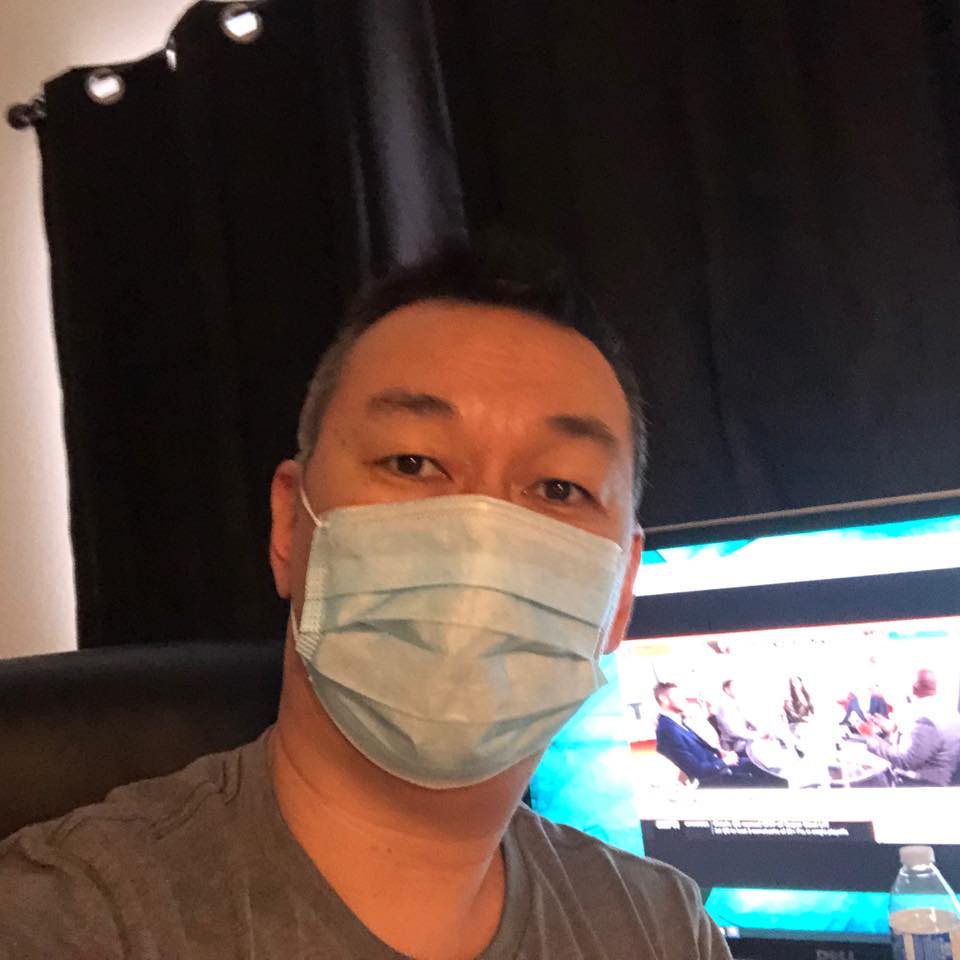 John Kim is a Las Vegas poker pro who has been exposed to the coronavirus. (Image: Facebook)

Kim’s scary situation would make anyone nervous. Not only does his brother, whom he lives with, have coronavirus, but he’s also concerned about the health and well-being of his 74-year-old mother. Given her age, despite being in overall good health, he says, she’s the most at risk of serious illness from the virus.

Like any loving son, Kim worries she may have caught the highly contagious disease. Both he and his mother have been in close contact with Kim’s brother recently, so they knew they had to get tested. They did so on Friday, days later than they wanted to because of a lack of available testing in Nevada. Test results aren’t known for approximately 72 hours, so Kim expects he might be in for a few sleepless nights this weekend. He shared details of the coronavirus test with CardsChat News.

“I went through a drive-through and didn’t have to leave the car,” he said. “They stick a long swab up your nose and it takes about 10 seconds. Definitely uncomfortable enough that I became a little teary-eyed from it being up my nose so far.”

The uncomfortable test, however, is the least of his worries right now.

Frustrated With Lack of COVID-19 Testing

We’ve all heard complaints from Americans on the lack of COVID-19 testing in the US. Despite nearly 300,000 people in the country testing positive in just over two months, we don’t know the real number of coronavirus cases. Kim understands this as well as anyone, based on his first-hand experience.

I’m frustrated with a few things,” he explained. “Lack of testing and how long the results take. The low sense of urgency I see from some people, including a few of my friends.”

Kim, who prefers playing online to live poker, also expressed frustration with those who aren’t taking the current global health crisis seriously enough. He says his poker friends are, however, but claims the US government failed its citizens with “a lack of testing and being late to the game.”

Kim, who is of Korean descent, said he noticed a difference in how the US and South Korea handled the pandemic. Both countries reported the first infection on Jan. 29, but the US has nearly 30 times as many cases as of April 3.

President Trump originally downplayed the severity of the virus. On Feb. 26, he said, “we’re going to be pretty soon at only five people,” referring to the number of coronavirus patients in the US. He also initially claimed the virus a hoax, concocted by what he refers to as the liberal or “fake news” media.

Kim, a Las Vegas poker pro who primarily plays mid-stakes cash games, loves to gamble. But not with his health or the safety of others.

“Those people frustrate me,” he says of those who refuse to social distance despite state orders. “Basically they’re saying we value money over lives. I get that not being able to pay bills is stressful. Been close to broke a couple of times. I had family to take care of too, having a child when I was 25. But we need to be empathetic and have passion for others.”

Kim claims many don’t understand the concept of exponential growth. He explains that at even a 1% to 2% mortality rate, which is in the ballpark of where most health experts project the coronavirus death rate to end up if half the population contracts the virus, “is just too many deaths.”

“I get sad thinking about it,” he says. “And I’m not thinking just of my family or myself. I’m thinking of others. I wish people felt this way. The world would be a better place. For people that don’t believe, they’re either ignorant, selfish, or uneducated.”

Brother Stuck in His Room

Kim doesn’t know how his brother caught the coronavirus. Since testing positive, his brother has stayed in his room, practicing strict social distancing to prevent contributing to the spread of the contagious disease.

His brother, who he describes as a healthy 45-year-old with no underlying health conditions, works a desk job. Prior to testing positive, he followed social distancing guidelines. Kim says his brother would only leave the house in recent weeks to go to the store or work. It just goes to show how easy it is for the coronavirus to spread.

Kim’s brother hasn’t left his bedroom in days. In the meantime, Kim can do nothing but wait on the test results for both him and his mother. A long-time card player, Kim knows he’s currently facing a coin flip as to whether he’ll test positive or negative. Perhaps, he should ask for his “one time” right about now.

I am a nurse here in Brazil. Thanks to GOD that the rulers took an initial position to close the vast majority of non-essential establishments. for imagine a poker tournament, in which all participants are just the space of an open palm. I definitely share your dissatisfaction with the speed of exams and the delay in the results. Here in Brazil it is more serious related to the amount of material to perform tests, only the symptoms hospitalized in hospitals are being tested in the health system, the others are asking to stay at your home, if you have symptoms of fever, tiredness and cough, try isolate yourself from other family members and only seek hospital care after experiencing breathing difficulties. With this situation I reinforce the request, please help us, stay at home.