Almost a million Americans are afflicted with the debilitating effects of Parkinson’s disease (PD), which the PD Foundation describes as “a chronic and progressive movement disorder, meaning that symptoms continue and worsen over time.” With no cure, sufferers often have enervating and ever-lessening movement control, leading to severe shaking and trouble with coordination. 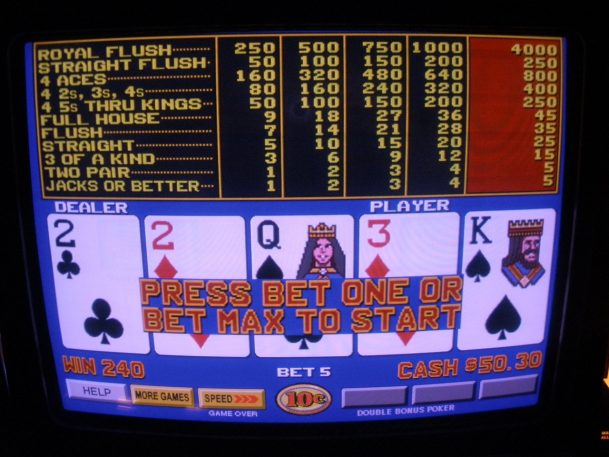 Video poker machines like these ones are now being utilized at a Las Vegas hospital rehab center to help those with traumatic brain injuries and Parkinson’s improve their coordination, while having some fun. (Image: IGT)

But now a Las Vegas-based hospital has found a way to harness one of the city’s staples, video poker machines, for use in improving some of these symptoms. With the average age of onset for Parkinson’s typically hitting at about 60 or older, it’s a perfect marriage of the Baby Boomer gambling choice with a genuinely useful strategy for rehab in treating this difficult disorder.

The moment you land in Sin City, video poker and slot machines are readily available. You don’t even have to wait until you get to the hotel to chase that royal flush. You can do so while waiting for your luggage to come down the chute at McCarran.

And you can’t go more than a few blocks anywhere in Las Vegas without having access to a video poker machine. They aren’t just located in casinos such as Bellagio and MGM Grand. You can find them at local pubs, grocery stores, and even at gas stations. For locals, they’re as ubiquitous as the orange construction cones that pop up throughout the city’s roadway projects.

And let’s face it: they’re fun, mindless, and pleasantly numbing. What could therefore provide a better rehab device for the city’s PD sufferers?

Tapping Into Brain Matter for Rehab

HealthSouth Rehab uses two video poker machines to treat patients suffering from Parkinson’s disease, amputations, and other illnesses that can affect motor ability. Sarah Tempest, a speech pathologist at the center, explained how video poker can help her patients.

“What we know about gambling is that it stimulates the prefrontal cortex and that’s an area of the brain that can be damaged in a traumatic brain injury,” she told Fox News.

Video poker isn’t the cure for Parkinson’s or other diseases, but HealthSouth Rehab believes it will serve as a creative supplement to a normal rehab routine. Tempest suggests this type of stimulation and interactive game will help patients improve memory and problem-solving skills, and learn to focus.

Although the machines are real, patients aren’t actually gambling, no real money is used, and sessions only run for about 15 minutes at a stretch.

Presumably no cocktails are served, either. We jest.

It’s no surprise the concept of using video poker machines as a form of rehabilitation was discovered in Las Vegas. After all, gambling is a way of life in Sin City. There don’t appear to be any other rehab centers using this method. But that could all change if the results at HealthSouth are positive.

Sandy McGinnis, an occupational therapist at the facility, told Fox News explained how the facility came up with this idea. She said an employee’s husband works with slot machines and, “asked if they wanted to incorporate them and we said yes.”

Those who have creative minds are the most heavily criticized people. Thinking outside the box in medicine will always be challenged. Dr. Keith Ablow, a Fox News contributor and psychiatrist, has some reservations. He worries that HealthSouth patients could become addicted to poker.

But, as mentioned, video poker machines are already readily available nearly everywhere in Las Vegas. Patients are exposed to the machines on a daily basis with or without rehab. So putting them to good use seems like a win-win for everyone to us.