Exactly one year ago to this day, all Las Vegas casinos were ordered to close at high noon, and the live poker scene began a lengthy nap. But the city has since partially rebounded, albeit still facing some COVID-19 challenges, and is slowly but surely returning to normalcy. Or, at least a new normal. 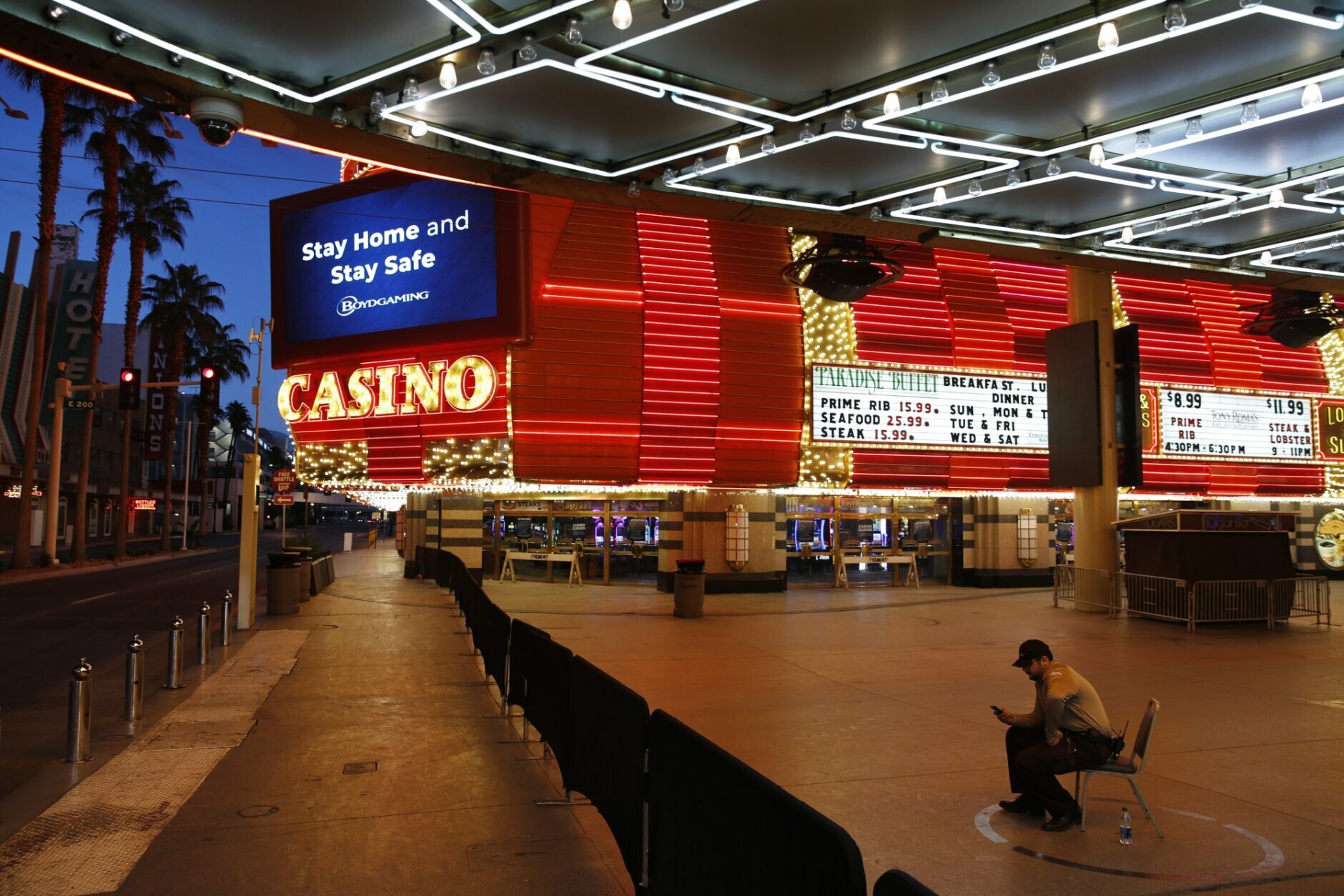 Not a person in sight, except for one random guy. (Image: wtop.com)

On March 16, 2020, Nevada Governor Steve Sisolak informed all non-essential businesses in the state that they must cease operations the following day. Slot machines were required to be turned off at midnight on the 17th, and all casino hotel services were to end effective at noon on the 18th.

Never before had the 24/7 adult playground known as “Sin City” shut down, not even for 9/11 or following the October 1 mass shooting on the Strip in 2017. At the time, no one really knew how long the casinos and other businesses would be closed. Sisolak initially called for a 14-day closure in an effort to prevent the spread of COVID-19 statewide.

That turned in 30 days, and then beyond 60 days, all this time hundreds of thousands of Nevadans were out of work, including poker dealers, poker room managers, cocktail waitresses, and many others in the poker industry.

For the first time since gambling was legalized in Clark County in 1931, Las Vegas had become a ghost town. From the middle of March until the casinos began reopening on June 4, the Las Vegas Strip was nearly empty. Only a few joggers and an occasional random pedestrian would be spotted along the sidewalks.

That might not seem strange to someone from a small town, but we’re talking about Las Vegas, the city that never sleeps (sorry, New York, you aren’t the only one). In any other year during the month of March, the Strip is packed with spring breakers, St. Patty’s Day partygoers, and basketball fans looking for some NCAA Tournament action.

Pool season, which typically begins in early March, became Netflix and Chill season. At the time Las Vegas casinos closed, Nevada only had a total of 55 coronavirus cases. But health experts anticipated exponential growth of the novel coronavirus.

On June 4, Sisolak granted the state’s casinos to reopen for the first time in nearly three months. Las Vegas was no longer a complete ghost town, but tourism was slow to return. At first, only about one-third of all the casinos in town, including on the Strip, returned to action on reopening weekend.

Las Vegas had 31 open poker rooms prior to COVID-19. Four of them — Venetian, South Point, The Orleans, and Golden Nugget — reopened that first weekend, but games were limited to five players per table due to statewide health safety mandates.

The city saw mixed results the first couple of weeks after the casinos reopened. Tourism was significantly down compared to previous summers. During the weekdays, the Strip still partially resembled a ghost town.

On the weekends, the action heated up a bit as tourists from California starved to get out of the house and away from lockdown headed east to Las Vegas. But the casino floors restaurants still weren’t near as packed as normal, which was to be expected given COVID-19 was beginning to spread at an alarming rate nationwide.

Nine months after the casinos reopened, Las Vegas has returned to some semblance of normalcy, but not completely. As it stands, 19 poker rooms are open in town, down from 31 pre-coronavirus. And all but one major casino — Palms — has since reopened.

Face masks are now a requirement in public, at all times unless eating or drinking. Poker is now played from behind plexiglass dividers and players must wear face coverings at the table. The days of nine and 10-handed poker are gone, but so are the five-handed games from June, thankfully. Most card rooms now in town now spread eight-handed poker, which is quite refreshing compared to the pre-Covid days when, on busy nights, players were crammed into 10-handed tables.

There’s still a ways to go before the city, and the poker industry, returns to full normalcy. Tourism is up compared to last summer but still down compared to a normal March. And the coronavirus remains a health concern not just in Las Vegas but all around the world. But as more Americans get vaccinated and COVID-19 cases continue to decline, the city of Las Vegas is on the right track to reclaiming its crown as the most exciting city on earth.