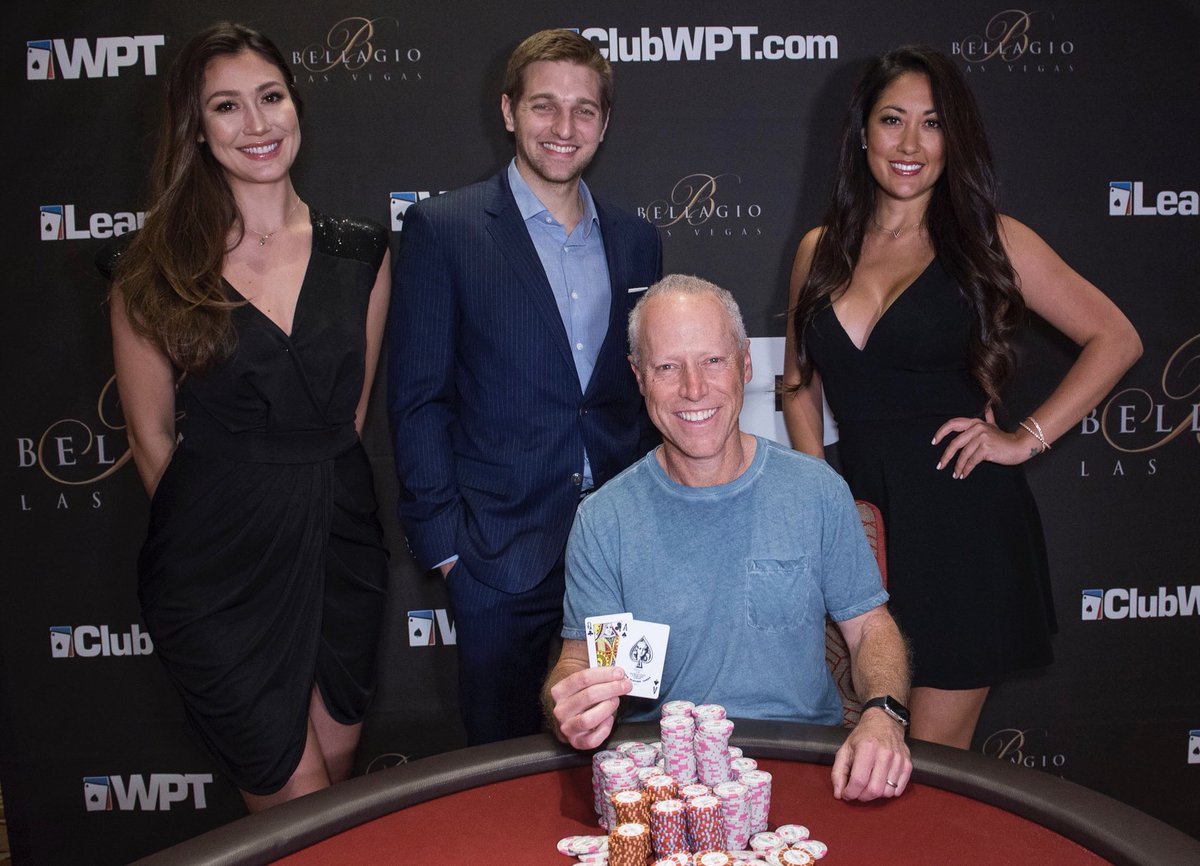 Greenberg won $378,879 for winning the tournament, which attracted a field of 126 players. While he is money manager from Weston, Massachusetts, and not a professional poker player, Greenberg has become a regular in high-stakes tournaments, having won more than $1.6 million in his career.

Greenberg was second in chips with five players remaining, but quickly established control over the table.

With five players left, he clashed with Ryan Van Sanford, who already had a WPT title to his credit thanks to a win at the 2015 WPT Bestbet Poker Scramble. Van Sanford picked up pocket jacks and got his money in before the flop, but Greenberg showed pocket aces to give himself a commanding lead. The board ran out with only three eights improving their hands, giving Greenberg the better full house and dropping Van Sanford in fifth place for $78,221.

After that, Greenberg was hardly challenged on his way to the title. He would proceed to knock out the next two players, first eliminating Adrian Garduno in fourth place ($100,832) before sending Jim Collopy to the rail in third ($146,644).

That set up a lopsided and anticlimactic heads-up match for the championship. Greenberg had a greater than 40-1 chip advantage, with opponent Danny Qutami starting the duel with only five big blinds.

That quickly led to a decisive encounter. On the very first hand of heads up play, Qutami got his money in with K♥7♣, while Greenberg wasted no time calling with the A♠Q♣.

A Q89 rainbow flop gave Greenberg a massive advantage, with Qutami looking for either a king or running cards to make a straight. A three on the turn meant that only a king could keep the tournament going, and a jack on the river officially eliminated Qutami in second place. Qutami would collect a $223,663 prize for his runner-up finish.

Greenberg No Stranger to Tournament Success

For Greenberg, the win gave him his first major poker title, and guaranteed him a seat in the $15,000 WPT Tournament of Champions at the end of the current season.

But this is hardly Greenberg’s first experience when it comes to performing on a big stage in the poker world. In fact, this isn’t even the largest cash of his career. That honor goes to his 10th place finish in the 2013 $111,111 One Drop High Roller event at the World Series of Poker, when he won $384,122. He has also collected other major cashes over the years, including a $117,600 payday for finishing third in a $25,000 Aria High Roller last year.

Until now, though, that resume didn’t include any significant wins. Previous to his WPT title, Greenberg’s largest first place finish came in 2011, when he won a $2,000 buy-in North American Poker Tour event at Mohegan Sun in Connecticut, earning $22,260.

The dream of every poker player especially if he is not a professional. Play against the pros and show them his capabilities!Make a deep run, final table and eventually ship it! The thing here is that sir Larry Greenberg has the money to participate in the biggest buy ins out there, that sometimes means that you have to compete with the top of the top. Either way congratulations for every semi-pro who make his dream come true. They keep the dream alive for the rest players:)