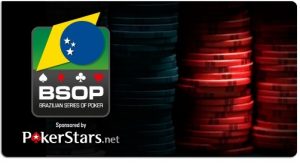 The Brazil Series of Poker has organized the largest poker festivals in the history of Latin America. (Image: PokerStars.net)

The Latin American Poker Tour (LAPT) and the Brazil Series of Poker (BSOP) have been two of the biggest forces in driving the growing popularity of poker in South America.

Now, these two titans of tournament poker are combining forces to create what could be the biggest poker festival in the history of Brazil.

The LAPT, which is operated by PokerStars, will be joining up with the BSOP to run some of their largest events side by side in late November.

From November 25 to December 3, the LAPT season finale and the BSOP Millions will be held together in Sao Paulo, creating a combined festival that will feature a total of 32 events.

“The BSOP Millions and the LAPT Grand Final are the two most important live poker events in Latin America,” said BSOP CEO Igor Federal. “The region has seen a massive increase in player numbers in recent years, with the BSOP reporting a 218 percent increase in tournament entries since last year. Bringing together the two tours means that we can combine our efforts to create one amazing festival, and we are expecting record numbers of players.”

The LAPT’s R$10,000 ($3,100) Grand Final is likely the most famous event in Latin America, at least in worldwide poker circles, and will also be the biggest buy-in tournament in the combined festival, as nothing in the BSOP offers a buy-in of more than R$6,000 ($1,860).

However, there’s still plenty of added value that comes with bringing the BSOP into the fold.

The BSOP Millions has traditionally been the largest single poker festival in Latin America. Last year, more than 15,000 players participated in the tournament series, including 2,749 in the Main Event.

The combining of the two festivals should offer players an interesting mix of tournaments to choose from. Along with the typical offerings, there will be events in disciplines like PLO Courchevel as well as Seniors and Ladies Events.

The pairing is a natural one.

While the LAPT is owned by PokerStars, the BSOP is also sponsored by PokerStars.net, an arrangement which likely smoothed the process of merging the two events.

The combination of these two festivals is the latest in a series of steps taken by PokerStars to strengthen their position in South America.

The company has signed a number of individuals to promote poker in the region, not the least of which are former Brazilian soccer superstar Ronaldo and current hero Neymar.

There is certainly no doubt that the Brazilian poker community has taken their passion for competition and translated it over to their new favorite game.

At the World Series of Poker, perhaps the most enthusiastic rail (outside of the Main Event) came in the $3,000 No Limit Hold’em event won by Thiago Nishijima.

The Sao Paulo native was cheered on by dozens of loud supporters who offered up chants and waved flags in order to cheer on their countryman.

The LAPT, currently in its eight season, operates a full schedule throughout the year, and just wrapped up their latest even, which took place in Lima, Peru. At that stop, Chile’s Claudio Moya won the Main Event.

we hope they provide online coverage with an English speaking commentator – this used to be done but was dropped so listening to it in a “foreign” language is a waste of effort.