If Landon Tice keeps up his current pace against Bill Perkins, he’ll come out victorious in their high-stakes, heads-up poker match. The poker players, following Wednesday’s two-hour session, have now completed more than 10% of a 20,000-hand challenge. 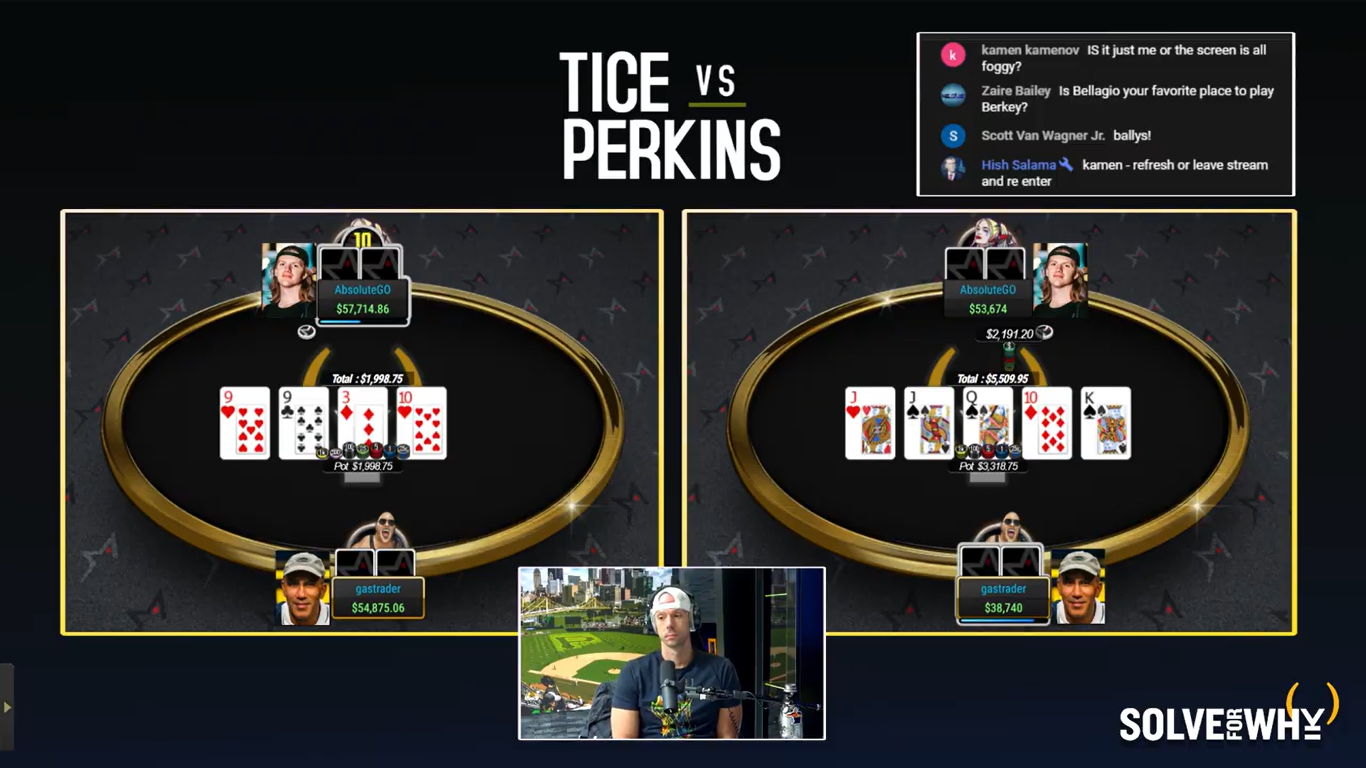 Landon Tice and Bill Perkins were back at it again Wednesday afternoon, with Tice coming out ahead after their latest session. (Image: YouTube)

Day 5 of the $200/$400 No-Limit Hold’em competition, like every other session, was live-streamed on the Solve for Why YouTube channel. Matt Berkey, Solve for Why’s founder, commentated on the session. He also has a piece of Tice’s action in the match.

The match was a bit ho-hum compared to some of the earlier sessions, as there weren’t many massive pots or crazy bad beats. That differs greatly from the first four days, which saw some intense back-and-forth action, and a plethora of coolers and large pots.

Prior to the start of the heads-up battle, Perkins negotiated some favorable terms, which include receiving a rebate of nine big blinds per 100 hands played after the match concludes. That comes out to $720,000 over 20,000 hands, which Tice will owe the hedge fund manager when this challenge wraps up. At its current pace, that ending could likely come sometime around early September.

Tice must still win another $637,000 before the match concludes or he’ll lose the challenge. The 21-year-old poker pro’s lead is just barely greater than two buy-ins ($40,000 each). At that deficit, he’s always just a couple pots away from being in the red. On the flip side, he’s also potentially a couple pots away from holding a massive lead in the 20,000-hand competition.

The poker players are scheduled to return to action at 10 am PT Friday, two hours earlier than their regularly scheduled time. You can catch the action live on the Solve for Why YouTube channel.