Landon Tice took his shot at Doug Polk in a livestreamed heads-up match. The 21-year-old, who has quickly risen through the lower stakes, won the game and then went on Joe Ingram’s podcast to share the story of how he went from zero to hero. 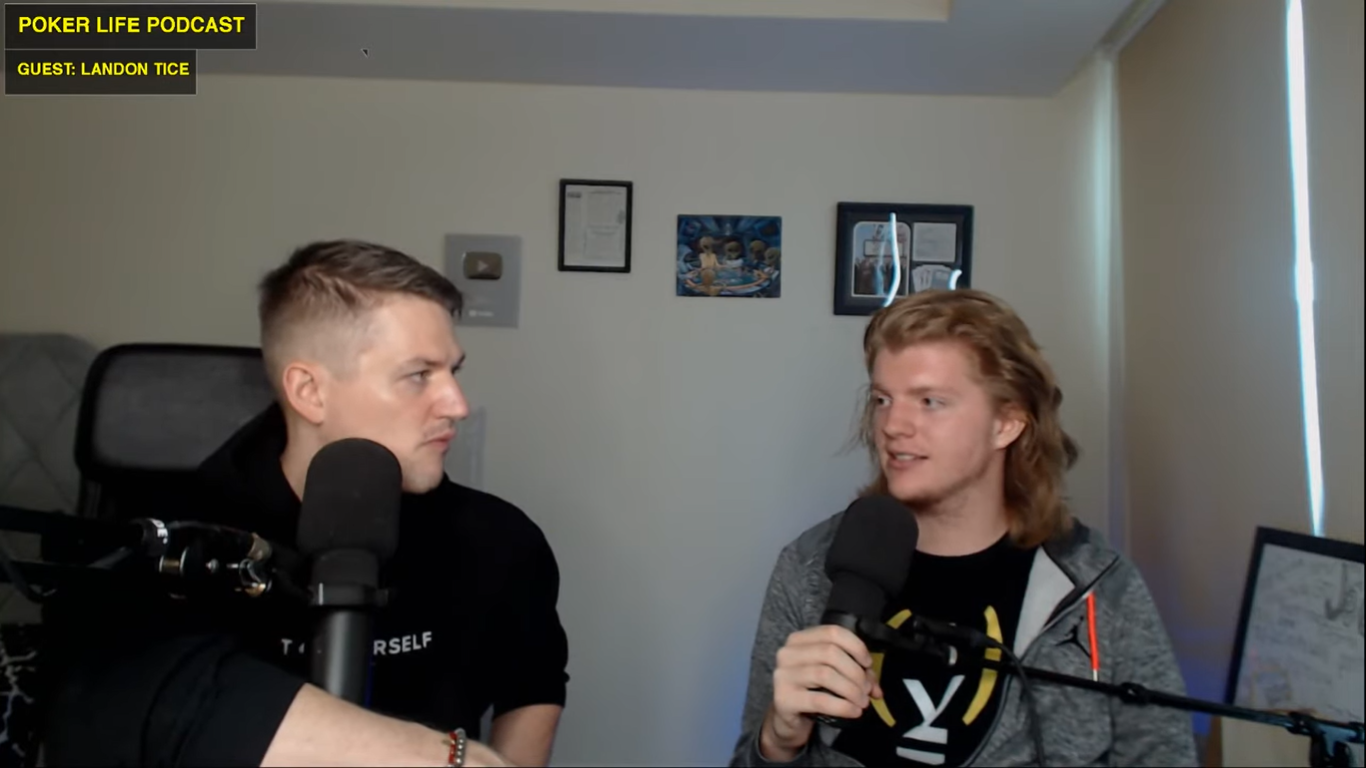 Tice began playing poker in the past couple of years, starting out in the micro-stakes, grinding $0.10/$0.20 games. The Florida native is now playing mid and high-stakes cash games live and online, and becoming one of the top up-and-coming pros in the game.

Is he the next Tom Dwan as Ingram once insinuated on Twitter? Maybe. Maybe not. Only time will tell, but he’s burst onto the scene quickly, and shared some sound advice for listeners of the “Poker Life Podcast” on how to succeed in this difficult game.

Tice’s growth as a poker player doesn’t stop when he leaves the table. He told Ingram that he’s part of a coaching stable, and receives financial assistance to play poker from a backer. In addition, Tice says he has access to solvers and other training software that helps him grow as a player.

Tice attributes his early success to using solvers such as PioSolvers, a program that helps a player analyze any situation to make the best possible decision. After his run of good fortune, he moved up in stakes to the $100 buy-in levels on the Ignition poker site.

He said during the conversation that he told a friend who belongs to the same coaching stable that he’s willing to work hard to improve. He said he was so committed to becoming a winning poker player that he would give up his social life for a year to study and practice his craft. As a result, he’s gone from playing micro-stakes all the way up to moderately high stakes in just a couple of years.

Testing His Skills Against the Master

Doug Polk has been away from the game for more than a year, but he’s ready to embark on a heads-up challenge against his rival Daniel Negreanu next month. In preparation, he’s battled a few others in low-stakes games online. One of those players is Tice.

Tice and Polk battled on the virtual felt for nearly three hours of $2/$4 heads-up No-Limit Hold’em cash games, two tables at a time, livestreaming the action on the Solve for Why YouTube channel.

The young poker pro faced some stiff competition — Polk is considered one of the best heads-up players ever. But after hundreds of hands played, he ended up on top about $500.