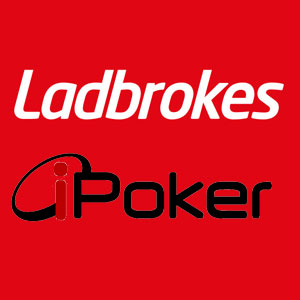 Nearly a year after announcing their plans to part ways with MPN, Ladbrokes is finally leaving the network to join iPoker this month.

In a move that was originally discussed earlier this year, Ladbrokes has formally announced their plans to move from the Microgaming Poker Network (MPN) and hop on board with the iPoker Network. While Ladbrokes’ departure was publically known since March, the transition’s delay was merely an issue of working out all the details. Rather than haphazardly going from one network to the next, Ladbrokes said it would stay at MPN until a smooth transition could be made.

What’s New About the Move?

The move to iPoker will take place on Saturday, December 21, according to a Frequently Asked Questions page on the Ladbrokes site. Changing poker software will also come with some new advantages according to the FAQ. A more user-friendly interface will allow players to multi-table easier and enhance the overall experience. With more players and more money, there will be increased liquidity at the tables, along with a bigger selection of tournaments, games and cash tables. Those bonuses also mean better promotions and larger leaderboard prize pools.

What Changes are in Place

Overall, players should expect their poker experience to be virtually unaffected by any of the changes. As soon as the software becomes available, players will be informed to download it and then continue playing in the new environment. Players’ balances and account details will remain exactly the same, however, a new nickname/alias will need to be chosen. While login names and passwords will carry over, Ladbrokes admits there is no guarantee that a player can keep their same nickname. The move to an already established network means that an old Ladbrokes nickname might already be in use on the iPoker network. Game history also won’t be available to players.

Any active bonuses and Poker Loyalty Points left on an account will be moved to the new one. The same does not apply to tournament tickets or tokens. Because those features were specific to MPN, they will instead be converted to cash directly to the new account. The new software touts an improved VIP structure and as a “thank you” to players, Ladbrokes will let them enter into the iPoker Network at the highest VIP level they achieved over the past 12 months. The status will be good for one month and entitle player to all the rewards to be launched with the new program. Rakeback points will no longer be available after the move. As a substitution, Ladbrokes says that points can be converted to cash bonuses, pending bonuses and tournament tickets.

Not the Only MPN Departure

Ladbrokes’ departure from MPN was expected but definitely not the only one to hit the network. Unibet revealed last week that it would be leaving the network in early 2014 in an attempt to become an independent poker room. The company wanted to begin creating software for the casual poker player who plays for fun and a challenge rather than betting real money.
As Unibet and Ladbrokes were both big names for MPN, the loss is bound to have an impact. Currently ranked as the tenth largest network for traffic in cash games, MPN has averaged 1,350 cash game players over a seven day period. That count is only 50 players shy of Bodog. MPN’s nearest competitors are only a few hundred players behind, painting a less than ideal picture for the company once Unibet and Ladbrokes move.

Ladbrokes’ games will stay at MPN until spring of 2014 but their new home with iPoker certainly looks to be a comfy one. In terms of cash games, iPoker has a seven day average of 2,500 players, making it the second largest on the internet. One certainly can’t blame Ladbrokes for making that kind of transition.