The 2017 PokerStars Championship Barcelona, which began before the deadly terrorist attack on Las Ramblas, is nearing completion, and in recent days both Igor Kurganov and Stephen Chidwick have taken down High Roller titles. 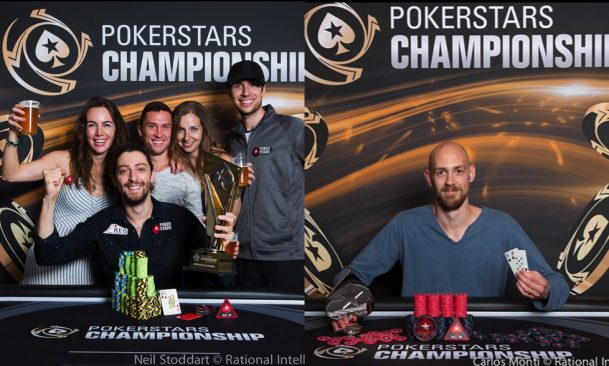 Over the weekend, the PokerStars Championship Barcelona €50,000 Super High Roller, a tournament that attracted 67 players (and accounted for 19 re-entries) saw Team PokerStars Pro Igor Kurganov come out on top after striking a heads-up deal with Poland’s Bartlomiej Machon, who was making his high roller debut.

Kurganov, who also won a bracelet alongside Boeree this past summer, added €1,084,100 ($1,273,372) to his lead atop Russia’s all-time money list. He got off to a hot start at the final table and pulled out to a quick chip lead. He proceeded to steamroll the final table, and after striking a deal heads up, he finished things off when holding the Q♣Q♦ against Machon’s Q♥J♥.

In heads-up play, Chidwick, who got married earlier this month, squared off against Bryn Kenney, who was fresh off finishing runner-up in the 2017 SHRPO $10,000 NLHE event.