Every poker player knows that playing within one’s bankroll is important to long-term success. Still, nearly ever player has also found this rule hard to follow at times, including NBA star Klay Thompson. 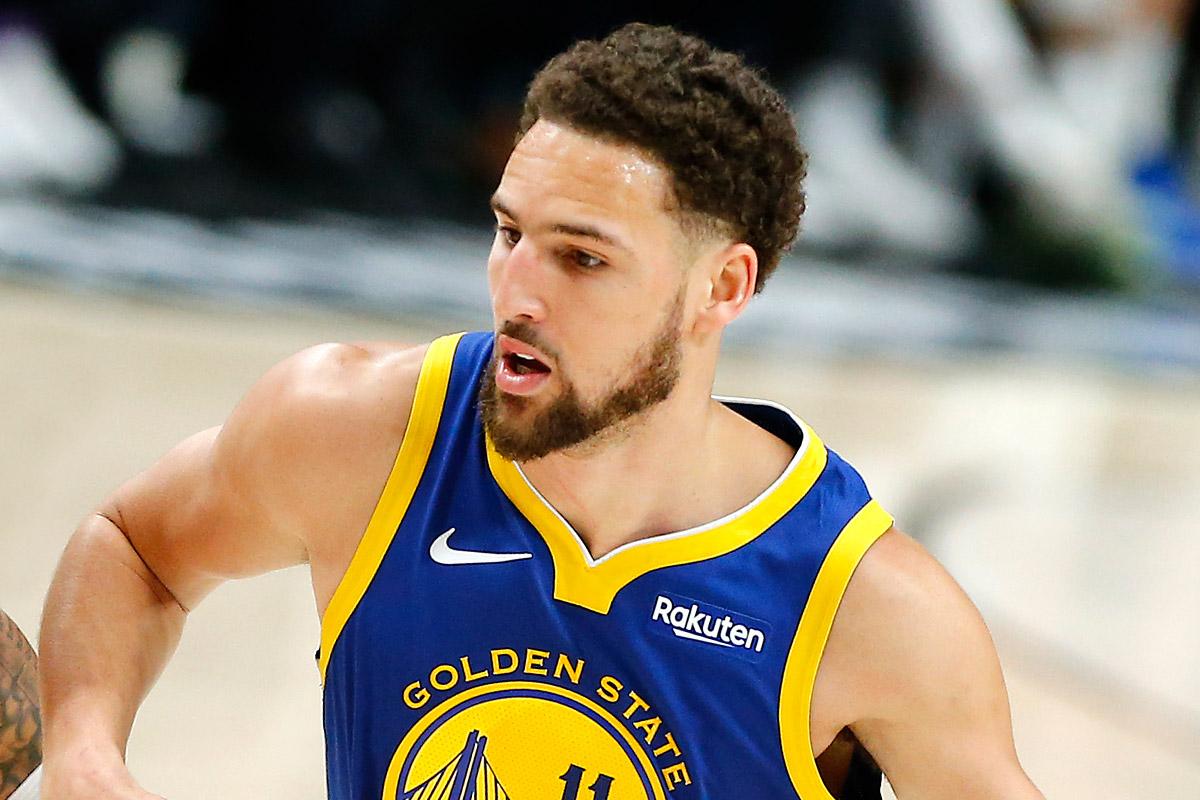 Klay Thompson says that playing poker against his veteran teammates caused him some financial stress early in his career. (Image: Jonathan Ferrey/Getty)

Thompson, a shooting guard for the Golden State Warriors, discussed how poker and other issues caused him to make financial mistakes early in his professional basketball career during a recent interview with Maverick Carter of Uninterrupted.

Thompson Anted Up Against Veteran Teammates

Thompson began playing in the NBA after being drafted by the Golden State Warriors with the 11th overall pick in the 2011 draft. With that status came more money than the Los Angeles native had ever seen before, as he was earning over $2 million a year on his rookie contract.

Unfortunately, Thompson also found that it wasn’t easy to manage the sudden influx of cash. Thompson told Carter that he found himself exhibiting “hoarding tendencies,” especially when it came to clothes.

The shooting guard also found that he was soon sucked into poker games with his teammates, particularly when the team was on the road.

What also would kill me for awhile was the team poker game,” Thompson told Carter. “We had some sharks on the team. Every road trip on the plane. It’s a great way to build camaraderie.”

It might be difficult to imagine an NBA player getting into any trouble through friendly poker games when they are making millions of dollars a year. But, Thompson was playing against veterans who were on much larger contracts, which meant what was chump change to them, could have a real impact on his bottom line.

“It’s tough to do on your rookie deal, especially when you’re playing guys who have been in the league for eight, nine years,” Thompson said. “But that competitive drive comes in, especially with poker, it’s such an emotional game. If I got to buy in more than once… when I have to tell my financial advisor what happened, it’s not good. It’s like getting brought into the principal’s office.”

That fact that Thompson was losing in these Warriors poker games isn’t exactly breaking news. Last year, former teammate Andrew Bogut asked Warriors guard Steph Curry if he and Thompson were still playing poker on the team plane. Curry not only answered that the games were still happening, but provided insight into how his teammate was playing.

Of course we still play,” Curry responded in a video message. “And of course, Klay still misses all his easy reads on bluffs, in the blinds, on literally every read at the table. He’s easy money, Bogut, easy money.”

By now, Thompson has probably made up for any poker losses with his play on the court. The five-time All-Star is currently on a five-year, $190 million contract with Golden State.

The sharpshooter won’t be playing this season, however, as he is rehabbing from a torn ACL suffered in Game 6 of last season’s NBA Finals. The Warriors are suffering through their worst season in recent memory, as their 4-18 record ranks last in the NBA.

Yes! It’s a great way to build camaraderie. However, it is good to note that we can always take something profitable from our experiences. Hopefully he could observe that.

I do not think that poker contributes to the financial error, in poker has variables between loss and gain you have to find a term between it to be able to profit.