Arona Peniamina, a reported poker player from New Zealand, has been accused of stabbing the mother of his four children while they slept in their home in Kippa-Ring, Brisbane in Australia. 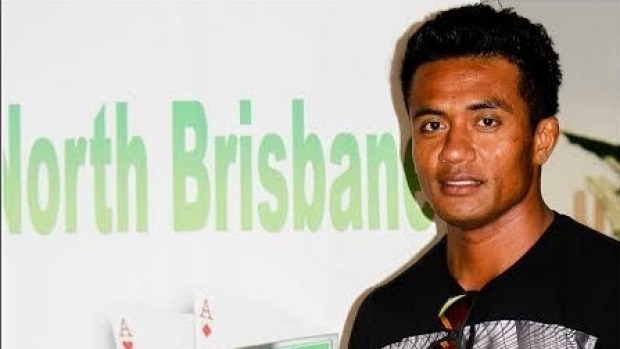 Kiwi poker player murder: now living in Brisbane, Australia, poker player Arona Peniamina has been accused of killing his wife in their home. Oddly, there is little to back up any of his supposed poker credentials. (Image: stuff.co.nz)

According to a police report filed last week, Peniamina’s wife, Sandra, was found in a pool of blood on their driveway in the early hours of March 31. Suffering multiple stab wounds to the neck, chest, and arms, the 29-year-old was pronounced dead at the scene after paramedics failed to revive her. Authorities on the scene said it was one of the most gruesome they had ever seen.

Following a preliminary investigation, Peniamina was arrested after being treated for minor hand injuries. Police officers reported that he appeared calm after they arrived, and that they will now be questioning him for the possible murder of his wife.

The details of Peniamina’s purported poker career are sketchy at best, but media sites have been reporting that he was part of 888’s Australian Poker League, where he apparently managed to win at least one event in the Redcliffe arena back in January 2015. The League is self-described as “Australia’s first fully integrated online and offline poker league,” and claims to host over 250 events per week, mainly at local clubs and hotels.

Additional information by Australian publication The Courier-Mail also suggests that Peniamina played 18 World Poker Tour events in the Brisbane region in March. We can only assume these were low-level pub-type tournaments run under the WPT banner, but not actually part of any tour.

That supposition is backed up by the fact that Peniamina has no presence on Hendon Mob’s live tournament results database, nor on the 888 Australia one, either.

We are guessing that either Peniamina is a medium-sized fish in a very small pond, or a bit of a fish-tale teller, as local news outlets have mentioned these exploits in their reports. Of course, he may simply have been a fish, period, but we’ll likely never know.

Regardless of his credentials at the poker table, Peniamina will be held in custody until April 18. He will then appear in front of a judge at Redcliffe Magistrates Court via video link.

Ahead of the hearing, Queensland Premier Annastacia Palaszczuk has appealed for witnesses to come forward. At least one group of neighbors are thought to have heard a disturbance on the night in question, and the police are hoping at least one of them will offer an eyewitness account of what happened.

Incidents of domestic violence have been an ongoing issue in the Brisbane area for a number of years, but local residents have often been reluctant to speak up. Palaszczuk is hoping the latest incident will force a change of attitude among local residents.

“Women are still getting murdered and killed behind closed doors in all different sections of our community and we’ve got to do more,” Palaszczuk told the local press earlier this week.

Peniamina could face deportation if he is convicted. Family members have expressed interest in taking his kids should that happen. They are currently staying with their uncle. As of last Friday, the suspect remained in the hospital, under police guard.