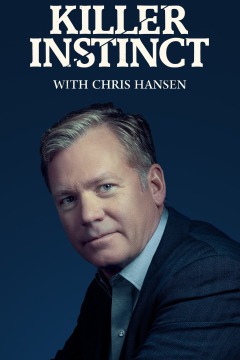 An upcoming episode of “Killer Instinct with Chris Hansen” will feature a story involving bankroll and a Thanksgiving poker murder.   (Image: tvlistings.zap2it.com)

Killer Instinct with Chris Hansen, a show on the Investigative Discovery network that retells some of America’s most shocking tales of homicide, will feature an eerie Thanksgiving murder story that followed a game of poker.

Hansen, who’s aged a bit from the boyishly in-your-face journalist best-known for shaming pedophiles on NBC’s To Catch a Predator, delves into an unfortunate situation between Massachusetts residents Timothy Cassidy and James Madonna.

This is a story about two good friends who, just before Thanksgiving in 2007, decided to ditch their families for a bit to play some poker at a local hotel in Taunton, Massachusetts.

But after the card game, Madonna never returned home. His worried family went out in search for him and contacted police. Cassidy tagged along and actually led Madonna’s son to the car where, as you have probably guessed by now, the latter’s father was found dead.

Police arrived at the scene and discovered the victim, Madonna the Senior, had been shot in the head, execution-style. Was he the victim of a robbery? That possibility was immediately eliminated when police discovered his wallet and cell phone remained inside the vehicle.

At this point, it was obvious to investigators this wasn’t some random act. But who could possibly want to kill an average Joe 44-year old family man who didn’t appear to have any enemies? The answer eventually emerged:  someone who owed him a lot of money.

During the investigation, police discovered that Madonna loaned Cassidy $30,000. That money, non-coincidentally, was supposed to be paid back on the date of the murder. One piece of circumstantial evidence such as this wouldn’t be enough for a conviction, or even an arrest. Could police find enough physical evidence to connect Cassidy to the murder?

As it turns out, they could and they did.

Investigators found shell casings at the scene that matched ammunition found in Cassidy’s home. And with that, the gig was up. Cassidy went on the run for three weeks before he was located at a hotel in Georgia. He ordered a pizza but, instead of the delivery guy handing him a Hawaiian Surprise, the cops served him a surprise ticket to jail. . . for the rest of his life.

Cassidy did what many unsympathetic criminals do:  he blamed someone else. After finally admitting he was at the scene of the crime, he claimed a man named Kevin Hayes had approached the elder Madonna’s car after the poker game with a duffel bag of drugs. Hayes then shot the victim, according to Cassidy.

The story was so far-fetched that David Koresh likely wouldn’t have been able to pass that off as believable to his followers. To the shock of absolutely no one, Cassidy was convicted of murder in 2012 and sentenced to life in a place where he better be more careful about refusing to pay off his debts.

Moral of this story? Maybe stick to a nice Thanksgiving homegame.