A day before the Philadelphia Eagles beat the New England Patriots in Super Bowl LII, 43-year-old Kfir Nahum was busy besting a field of 827 entries to win the $1,100 buy-in MSPT Poker Bowl II at The Venetian in Las Vegas. 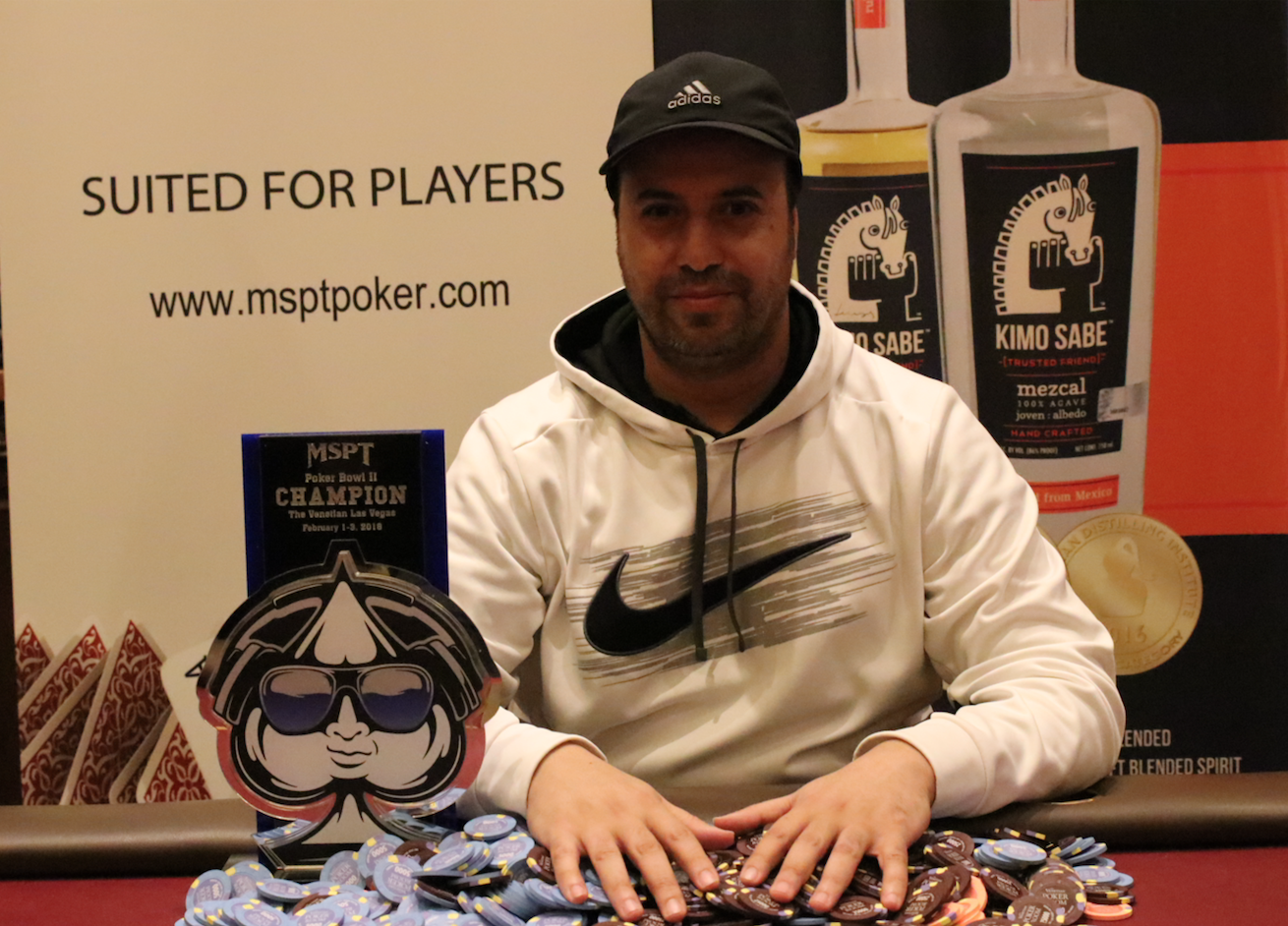 Kfir Nahum pushed hard for a deal at the final table of the MSPT Poker Bowl II at The Venetian, and it resulted in his taking down the title. (Image: MSPT)

It marked the second year of the tournament, which ran Thursday through Saturday to ensure players were free on Super Bowl Sunday. The turnout not only surpassed the half-million guarantee by creating an $806,325 prize pool, it crushed last year’s turnout of 695 runners.

After two starting flights, 43-year-old Nahum, an Israeli who recently relocated to Las Vegas, came out on top after a four-way chop. Both he and Belgium’s Matthias De Cercq took down $108,410, while John Ploski and Bob Shao locked up $84,743 and $76,926, respectively.

Nahum, a businessman who owns a travel agency, had the most chips at the time of the chop, so he was awarded the title, trophy, and current lead in the Season 9 Kimo Sabe Mezcal Player of the Year Standings.

“The blinds were so high, it was more luck than skill at that point,” Nahum said of the deal. “It was going too long, the average was about 20 bigs, so we decided to do away with the luck and chop. As for the money, I’ll be playing more poker and taking care of my family.” 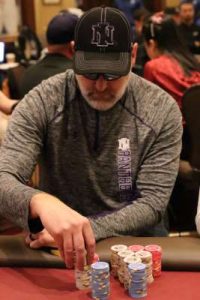 A final table deal was initially brought up during five-handed play, but MSPT regular Mike Lang shot it down immediately.

“I’m a MSPT regular, I don’t chop,” the Iowan told his opponents when they pressured him to make a deal.

Lang was referencing the fact that, at most MSPT stops, chops aren’t allowed. However, the Poker Bowl II was an exception as The Venetian house rules take precedent.

It was a flip, and Lang was looking to hold to score the double. Unfortunately for him, the A♦Q♠K♥ flop double paired his opponent. Lang called for an eight, but his request fell on deaf ears as the J♦ blanked on the turn followed by the J♣ on the river.

“Ok, let’s chop it up,” Lang joked after his elimination.

Lang earned $40,316 for his fifth-place finish, which was enough to propel him into the top 40 all-time for MSPT tournament earnings with $168,474.

I really want to feel what the players feel at these rates. As for the words of Nahum “The blinds were so high, it was more luck than skill at that point”, it is familiar to all participants of freerolls from CardsChat)) Oh, we are every day faced with the push-fold stage) I also wanted to congratulate the participants from CardsChat. I hope their success will improve.