Comedian Kevin Hart was back to his poker playing ways on Monday night, as he met up with Jay-Z and others at a luxury restaurant in Beverly Hills in his first public appearance since his Sept. 1 car accident. 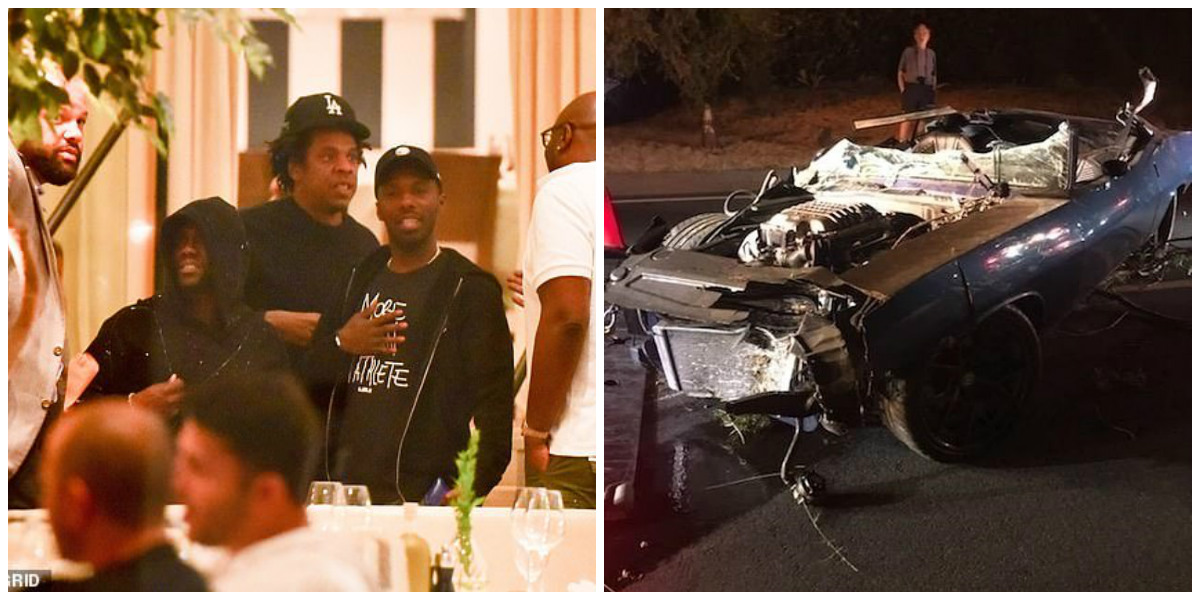 Kevin Hart was out having dinner and playing poker with some famous friends – including Jay-Z – in his first public appearance since his car accident on Sept. 1. (Images: TMZ, Dsanchez/Backgrid)

Hart Recovering From Severe Back Injuries

Hart and the group apparently spent three hours in the restaurant, with at least some of that time devoted to playing poker – something that’s very much in character for Hart. The group kept a relatively low profile, with Kevin keeping the hood up on his sweater for most of the evening, and everyone leaving through the back of the restaurant.

The appearance comes less than two months after Hart was severely injured when his 1970 Plymouth Barracuda drove off Mulholland Highway and rolled down an embankment. Hart was a passenger at the time, with 28-year-old Jared Black driving the vehicle. Both Hart and Black suffered back injuries, while another passenger, Rebecca Broxterman, complained only of some pain following the incident.

Hart’s injuries required serious rehabilitation. The 40-year-old was in the hospital for 10 days, as he required spine-fusion surgery and a stay in a rehab facility in order to recover.

The California Highway Patrol accident report says reckless driving and a lack of seat belt use contributed to the accident and the resulting injuries, but that Black was not under the influence at the time of the crash.

“There were fold and crease marks on the belt surfaces consistent with being folded and tucked into the seats, and no indicators of occupant loading were present,” the report read.

After the accident, Hart released a statement to the media in which he showed no ill will towards Black.

I have nothing but love for Jared and wish him and Rebecca a speedy recovery,” Hart said in the statement.

Comedian No Joke at the Poker Table

Hart has long been a popular member of the poker world, and is one of the most visible celebrities to take up the game and compete in high-stakes tournaments. Hart has gone so far as to play in the 2017 Super High Roller Bowl, putting up a $300,000 buy-in and reaching the second day of play before bowing out in a field filled with top professionals.

Hart also signed on as a PokerStars ambassador in 2017, when he vowed to “make poker fun again.” That included an entertaining series of YouTube videos in which he helped new players learn the basics of poker. He also agreed to fight Antonio Esfandiari in a boxing match, with Esfandiari pulling off what was considered a significant upset when he won by decision in April.

Hart well done! Health to him! We are waiting for new shows with his participation! I like him!