Kevin Hart was hired by PokerStars earlier this year to “make poker fun again.” But, for the time being, the comedian, actor, and new poker ambassador has a more important task: to help those affected by Hurricane Harvey in Texas. 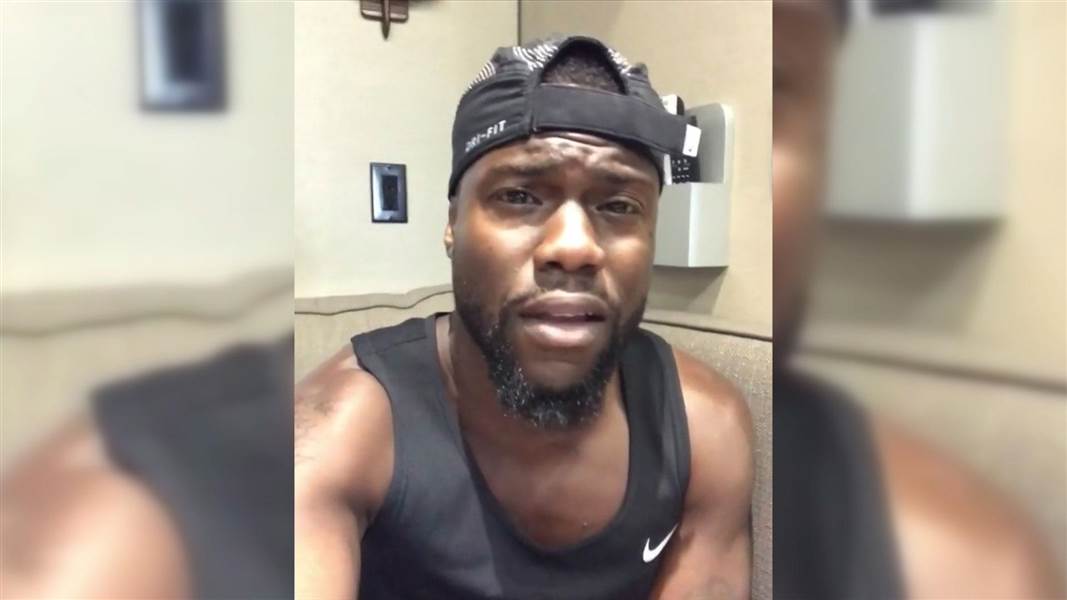 A Category 4 hurricane and its aftermath is no laughing matter. And Hart, with 34.7 million Twitter followers of @KevinHart4Real (nearly as many as @RealDonaldTrump), is asking his fans and other celebrities to donate money to relief efforts during this devastating natural disaster.

Hart started what he called the #HurricaneHarveyReliefChallenge, a hashtag attached to an effort where he called on his celebrity friends to match his donation of $25,000 to the Red Cross.

The response that followed has been overwhelming.

Houston Texans defensive end JJ Watt set a goal of raising $1.5 million, and announced on Twitter Monday that he had already received $1 million in pledges.

“HUGGGEEEE man. I will be throwing some money your way tomorrow am,” Hart responded.

“I should have everything within the hour and I will also be donating 50k instead of the 25k. I know alot of my friends will follow,” he posted, encouraging others to help chip in. Hart also posted a link for followers to donate money to the hurricane relief efforts.

Houston, the fourth largest city in America, is underwater. Hurricane Harvey has struck the Texas coast, devastating small towns before saturating and flooding a land area the size of Louisiana. Thousands of homes have been destroyed, with so far uncountable thousands potentially left homeless.

Fox News reports that as of Tuesday morning, 14 people have died from Harvey, including a family of six while trying to escape the floodwaters.

With more rain and storms projected on the way in the coming days, the potential for additional loss of life seems inevitable. Thousands of residents are filling shelters.

Hart isn’t the only poker player responding to the Hurricane Harvey tragedy. Others have sounded off on Twitter, including legendary Texan Doyle Brunson.

“Talked to my nephew again in Houston. He told me right after the storm hit it wasn’t too bad. Tonight he is floating around in his boat,” the 10-time WSOP champion wrote.

“How do we deflect from my white nationalism & Russia ties? Can we nuke Kim Jong Un? Sir, there’s a hurricane in Texas. Can we nuke *that*?” he posted.

David “ODB” Baker was one of many frustrated by Houston-based pastor Joel Osteen’s initial refusal to open his stadium-sized megachurch to flood victims.

“If you continue to go to this frauds church you’re an idiot,” Baker wrote of the prosperity-focused preacher.

If you are interested in helping the victims of Hurricane Harvey, there are many ways to do so. You can make a $10 donation to the American Red Cross by texting “HARVEY” to 90999. Many other churches and charitable organizations are also accepting donations.

And, of course, you can follow @KevinHart4real on social media for further donation directions. He so far has given far more helpful information than @RealDonaldTrump.