Is Kevin Costner Preparing to Ante-Up in Molly’s Game the Movie? 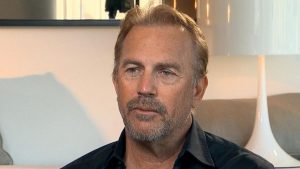 Kevin Costner (pictured) could be set to star in Molly’s Game, but would Justin Bieber be a better pick? (Image: abcnews.go.com)

Kevin Costner could be set to show the world his poker face with a starring role in Aaron Sorkin’s cinematic adaptation of Molly Bloom’s memoir, Molly’s Game.

For movie fans around the world, Costner will be the action hero known for his ability to protect Whitney Houston (The Bodyguard) and rob from the rich (Robin Hood Prince of Thieves). But, if he decides to join Idris Elba and Jessica Chastain, he could be set to play a much more sedate role.

Although the buzz around Hollywood is that it’s by no means a done deal, reporters at Deadline have suggested he is negotiating terms to play Bloom’s father.

The addition of Costner would certainly add another layer of star power to the movie, but quite how much of a poker fan Costner is isn’t known.

Would Bieber Make a Better Choice?

One celebrity who is a budding poker player is Justin Bieber. The Canadian pop star was recently snapped playing poker inside London’s Empire Casino. The 22-year-old certainly doesn’t need to bank a fortune at the poker tables thanks to his $200 million fortune, but he certainly appears to be serious about the game.

According to players inside the poker room, he wasn’t playing for high stakes and bought into a game with an average buy-in of £200 ($245).

“He was playing with normal members of the public. He was quiet in general and kept himself to himself,” an unnamed player told the Daily Mail.

This isn’t the first time we’ve seen the world’s biggest pop star tussling with regs at the poker table. Back in July, Bieber was seen “blowing off steam” at the Borgata after an argument, while a cash game session alongside his friend Ryan Butler made the headlines back in 2015.

Stars with a Passion for Poker

As well as having an interest in the tactical side of the game, Bieber is also someone with a stake in the financial side of it. Alongside hip-hop artist Soulja Boy, Bieber owns a stake in World Poker Fund Holdings, a company that offers a combination of online poker, promotion and live events.

While Bieber isn’t old enough to play someone like Bloom’s father, he could certainly have a cameo in the movie as he clearly has a passion for poker. In fact, given his much-publicized ability to lose his cool with fans and the media, Bieber could play the role of Tobey Maguire who, according to Bloom, could be volatile at the table.

A potential role for Bieber aside, Costner looks as though he’s the most likely candidate to join the movie and help bring Bloom’s tales of Hollywood’s greatest home games to life.