The WSOPC Potawatomi wrapped up on Monday with 32-year-old poker pro Keven Stammen taking down the $1,675 Main Event, the last of a dozen gold ring tournaments. Not only did Stammen win a gold ring to compliment his WSOP gold bracelet, he took down a $190,265 first-place prize and secured a seat in the 2018 Global Casino Championship. 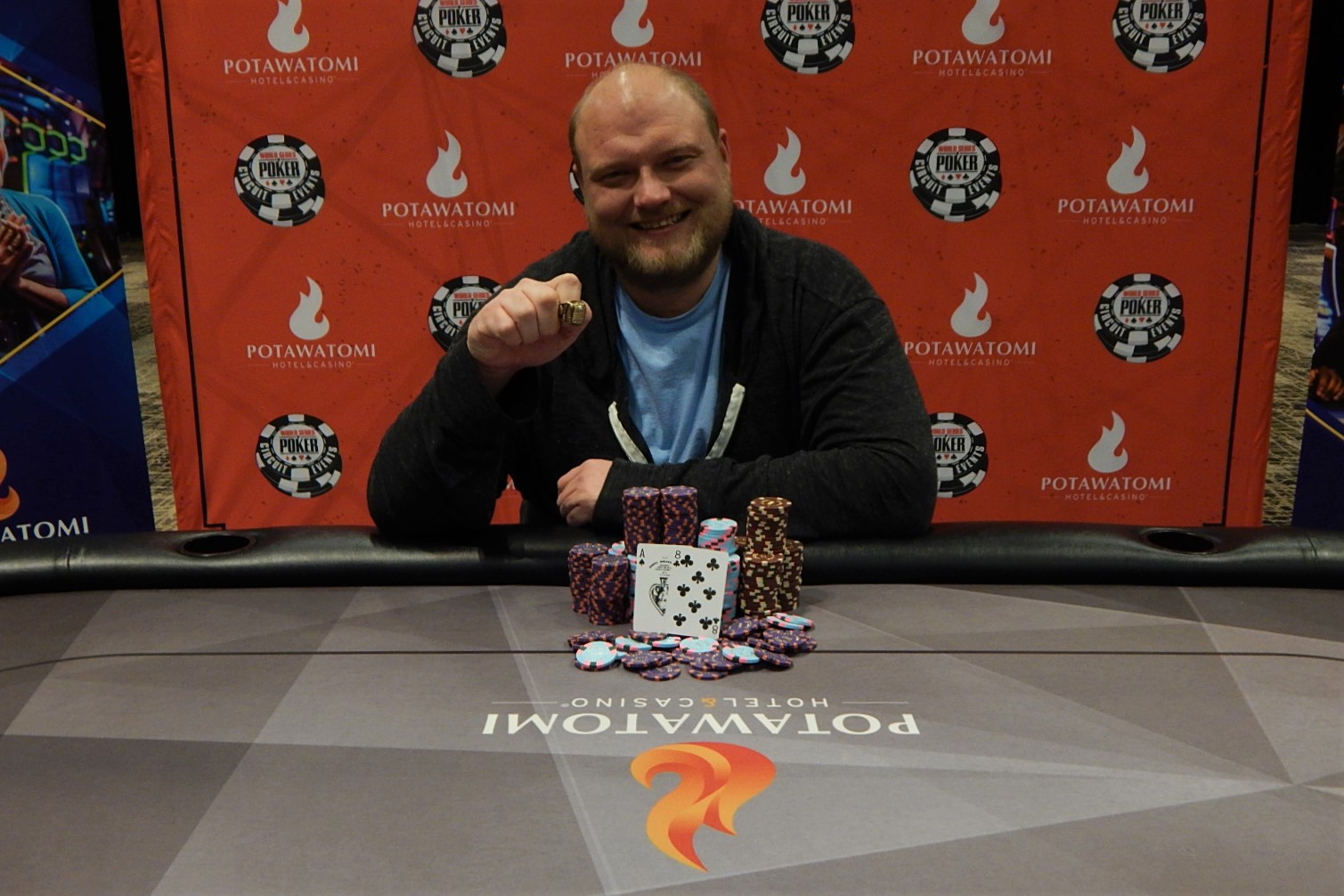 The WSOPC Potawatomi Main Event win for $190,265 was the sixth-largest score in Keven Stammen’s career, adding to a list of accomplishments that includes winning the 2014 WPT World Championship for $1.35 million. (Image: WSOPC)

“Feels similar,” Stammen after the win. “I always wanted to play that Cherokee thing, so that’s pretty cool. I’m ready.”

The “Cherokee thing” he refers to is the Global Casino Championship, an invitation-only, season-ending tournament with $1 million added to the prize pool that takes place in August at North Carolina’s Harrah’s Cherokee.

While Stammen won the marquee event, he was just one of a dozen winners to capture rings at the second-ever WSOPC Potawatomi. All but one went to Midwest players, with Florida’s TK Miles as the outlier winning the $2,200 High Roller for $63,599. 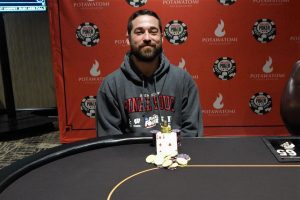 Three gold rings went to Chicagoland players, while players from Minnesota, South Dakota, and Ohio each took home one. The remaining five all went to local players, including one each to Josh Reichard and Eddie Blumenthal.

Reichard had arrived at Potawatomi late after a trip to Australia for the Aussie Millions. He was only able to enter three events, and amazingly he won Event #11: $365 No-Limit Hold’em Turbo for $19,623 and his ninth gold ring. That puts him just one behind the all-time lead.

As for 32-year-old Blumenthal, he won Event #9: $365 No-Limit Hold’em Turbo for $19,547 and his first gold ring. Toss in three other cashes, including a deep run in the Main Event, and Blumenthal amassed 102.5 points to win the WSOPC Potawatomi Casino Championship honors, which gave him a seat in the aforementioned 2018 Global Casino Championship.

“I’ve actually not been playing a ton of poker the last couple of years, compared to what I normally do,” Blumenthal told officials after his win. “I kind of decided recently to get back into it more. So, maybe this is some good positive reinforcement that I should probably keep pursuing that.”