Daniel Negreanu will eventually win another bracelet, but the six-time WSOP champion again came up short, this time in the $100,000 High Roller No Limit Hold’em, as he finished in second place to Keith Tilston. 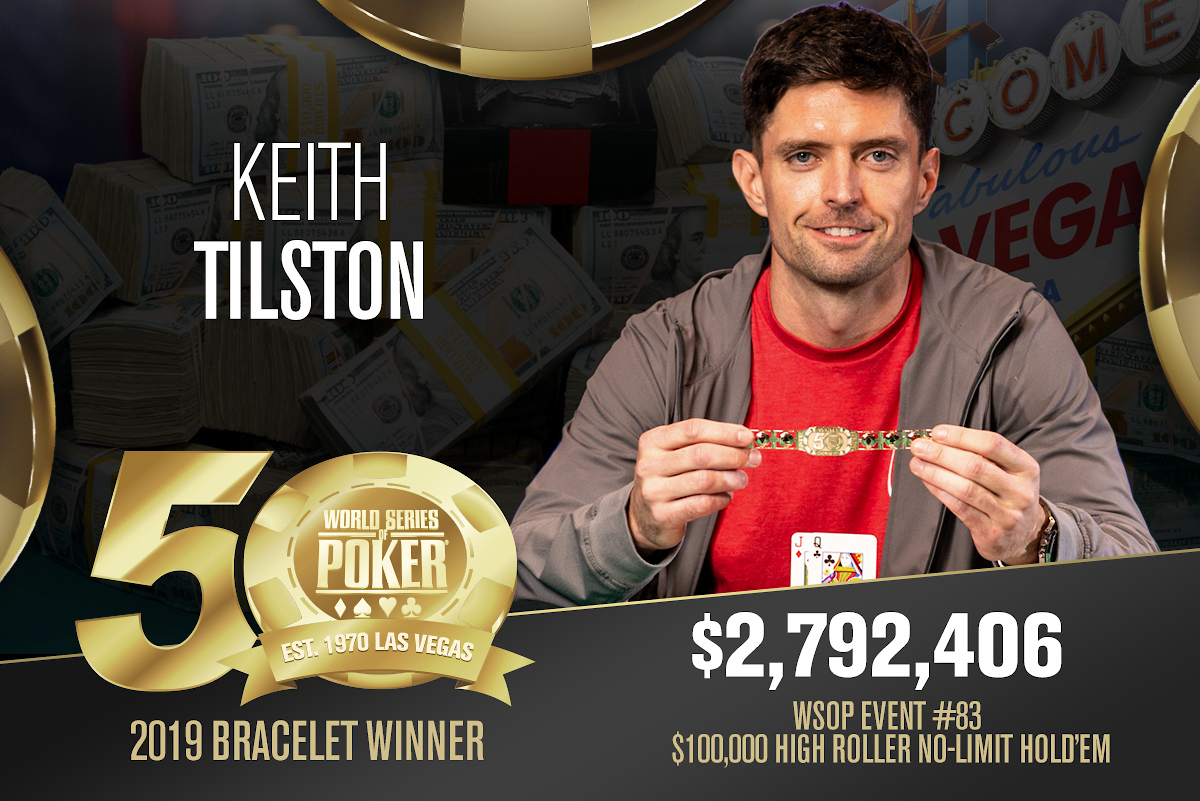 Negreanu hasn’t won at the WSOP since 2013 and that in Europe. His last victory in a Las Vegas World Series of Poker event came in 2008.

Not all Negative for Daniel Negreanu

Despite failing to win the $100,000 high roller, Daniel Negreanu tied an impressive record and won a ton of money. Second place paid $1,725,838, guaranteeing the former PokerStars ambassador a profitable summer.

On top of that, Kid Poker tied Phil Hellmuth’s record with 10 runner-up finishes at the WSOP. Hellmuth, however, has 15 bracelets to go along with those close calls, which is also a record.

Negreanu can also feel accomplished knowing he entered the final table with far and away the smallest stack. With 3.5 million chips entering Saturday’s session, DNegs didn’t even have half the chips of the next smallest stack. But he won five all-ins on the day to double-up. The only player he was never able to double-up against was Tilston, who went on to win the tournament.

Keith Tilston is a Name You Should Learn

Keith Tilston is quietly one of the most impressive players on the high roller circuit. But he isn’t your typical high roller. He works a full-time, high-paying job in the financial industry. That leaves him far less time to grind poker tournaments than most of his opponents.

But despite only playing part-time, he’s an incredible talent who consistently performs at a high level. And he does so against the best players in the world, including the 98 others in the $100,000 high roller. Tilston, with his $2.8 million score on Saturday, now has over $6.4 million in lifetime live tournament cashes. That includes four cashes, one good for a title, in the 2018 US Poker Open.

Tilston again proved his poker skills on Saturday against a brutal final table that included legends of the game such as Negreanu, Nick Schulman, and Brandon Adams.

If you haven’t been previously paying attention to Tilston’s game, you should start doing so. He’s a silent assassin on the high roller circuit. And now he can call himself a World Series of Poker bracelet winner.