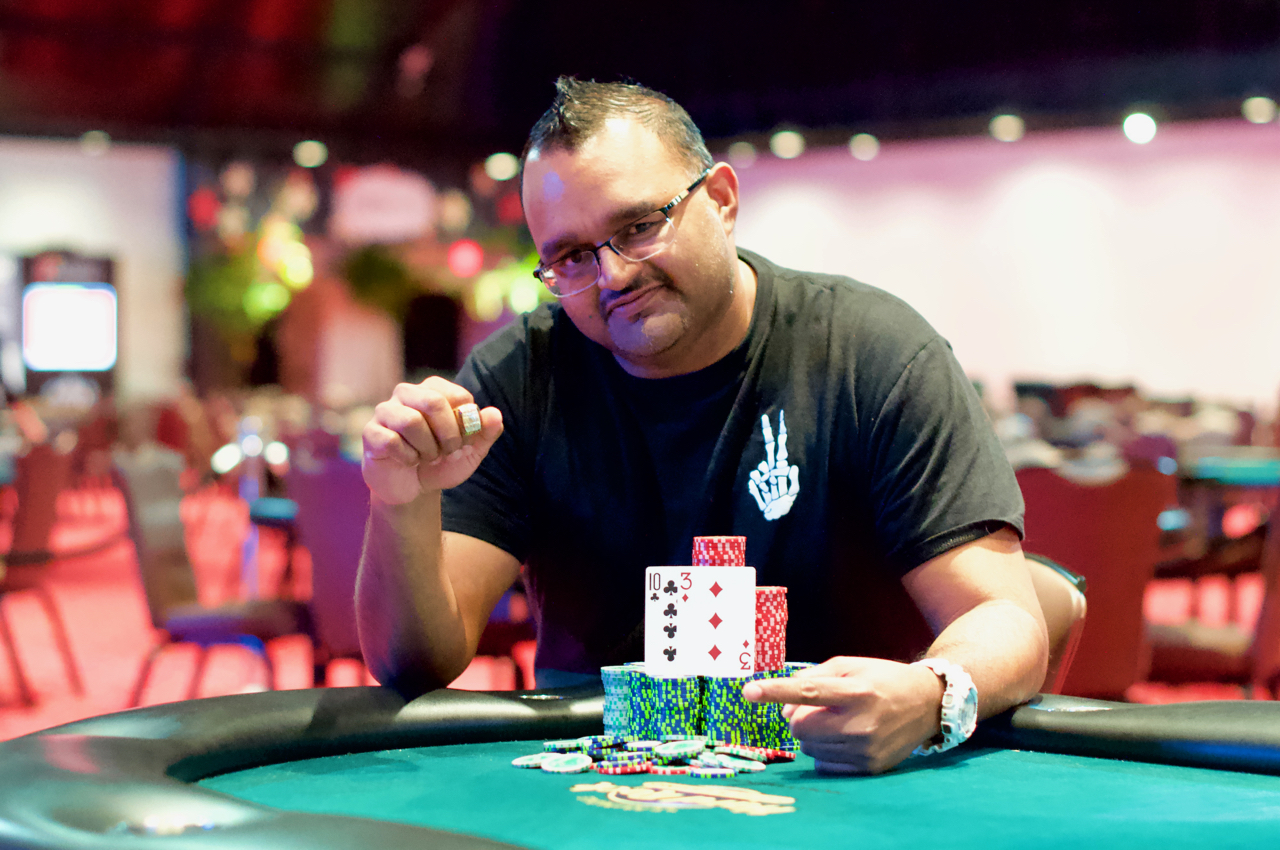 Kammar Andries works at a children’s hospital in Orlando, but now the father of two young daughters finds himself as a World Series of Poker Circuit champion as well. (Image: WSOP)

As for Andries, the WSOPC Seminole Casino Coconut Creek was his first tournament series in eight months, and he made it count by making three final tables, including fourth-place finishes in the Monster Stack and $580 NLHE for $11,619 and $6,424 respectively.

Unfortunately for Andries, he lost a big chunk of that playing in a private pot-limit Omaha cash game. Infuriated, he was going to skip the Main Event.

“I jumped in my car, and I’m like, ‘Screw this, I’m driving home,’” he told WSOP officials. “First rest stop, I stopped and took a nap. I woke up, and it was like seven o’clock in the morning, and I just turned around and came right back.”

It proved a wise decision, as Andries wound up as one of the final 15 players returning on Day 3. It was there he squared off against some tough competition including former WSOP November Niner Kevin Schaffel, circuit grinder Joe Elpayaa, and World Poker Tour champ Brian Altman.

Linster then bet 275,000 on the K♣4♠3♥ flop, Andries called, and the dealer burned and turned the 10♥. Linster checked, Andries bet 500,000, and Linster check-raised all in for roughly 3.5 mllion. Andries called with two pair, and the 2♦ river was not the six Linster needed to survive.

“I actually have to go to work tomorrow,” Andries said after his win. “I have a clinic and I have to do some evaluations. I have to be there bright and early at nine o’clock.” 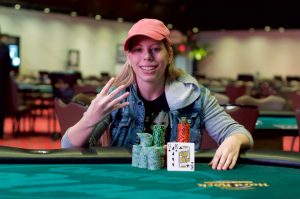 Another player to do well was two-time WSOP bracelet winner Loni Harwood, who actually captured her fourth ring when she bested a field of 120 runners in Event #5: $365 NLHE for $10,801.

“Your game evolves,” she explained. “As you have gain experience and play higher buy-ins, you tend to pick up more things that work, especially in lower-buy-in tournaments.”

Finally, Karthik Ramakrishnan earned the WSOPC Seminole Casino Coconut Creek Casino Championship honors. He made three final tables during the series and finished 14th in the Main Event. That gave him 110 points, which ended up being enough to get him the seat into the Global Casino Championship.

Actually, that honor would’ve gone to Andries, who needed to finish third or better in the Main Event to take the lead. However, since the winner of that tournament earns an automatic bid and he took it down, the Casino Championship seat was reopened and awarded to Ramakrishnan.

The next WSOPC stop is already underway at the Rio All-Suite Hotel & Casino in Las Vegas.